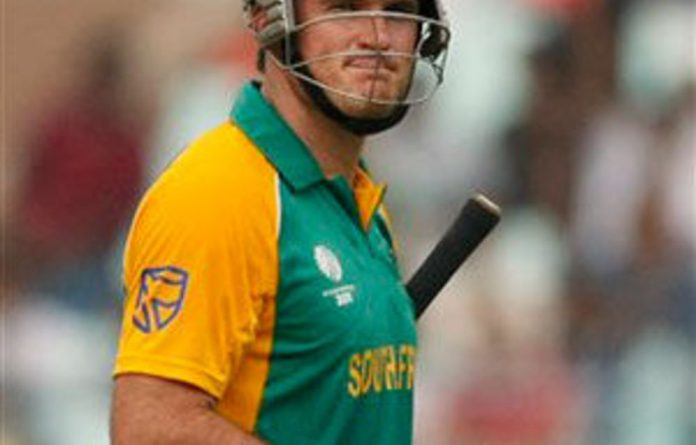 Smith, whose side became the first team from Group B to make the last eight with a 131-run win Ireland, said he was confident of regaining the form that has brought him more than 6 000 runs in one-day internationals.

“I’d like to have some runs. I think a good performance is around the corner and I’m looking forward to contributing,” he said.

Smith’s best score in five innings at the World Cup is the 45 he made in the opening win over the West Indies. Against Ireland, he was run-out for just seven.

Smith believes the team’s best is yet to come after a league campaign that has seen four wins in five matches, with their lone defeat coming against England by a narrow six-run margin.

“In every game there’s probably something we haven’t done well — the first 10 to 15 overs against India with the ball, and then we didn’t finish the game against England. We are trying to put in a complete performance,” said Smith.

But his team did well under pressure in the last two matches, posting a three-wicket win over India in a close finish and then defeating Ireland after being in an early spot of bother.

South Africa were reeling at 117-5 following superb bowling and fielding displays by the Irish side before recovering to post a challenging 272-7, thanks to JP Duminy’s solid 99.

When asked whether it was a worry or a positive sign that the lower order had rescued South Africa, Smith said: “I think it’s a positive. We got ourselves into trouble with some stupid run-outs [against Ireland].

“But the guys responded well and managed to keep the run-rate at a decent level. JP held the innings [together] superbly, so I think it’s a positive.”

‘We’ve responded well’
Duminy added 87 for the sixth wicket with Colin Ingram (46) and 65 for the next with Johan Botha (21 not out) to pull his team out of trouble.

“I think it’s nice when everybody is contributing to the team and you don’t have to rely on a few people. Whenever we’ve been in trouble, we’ve responded well and hung in there when we needed to,” said Smith.

“We were a bit unsure about a good total because the wicket was different from the traditional Eden track. It was a bit up and down and I think I’d have happy with anything around 250.”

Smith said he wasn’t thinking about potential quarterfinal opponents at this stage of the tournament.

“I don’t think it really matters who you play in the quarterfinals as you’ve still got to win the game. We needed to win this game [against Ireland] to qualify and it was all about winning for us,” Smith said.

“We’ll go to Bangladesh [for the last league match on Saturday] with a mindset to win. Obviously, you want to keep up the winning habits and confidence within the group.”

The South African skipper said they were relieved after qualifying from the tough group with one game still to go.

“It’s a fantastic feeling to have qualified. Our group is going to be pretty tense this week and it’s nice to move out of that situation,” said Smith.

“A lot of teams can win this World Cup and it all depends who plays best on the day.” — AFP