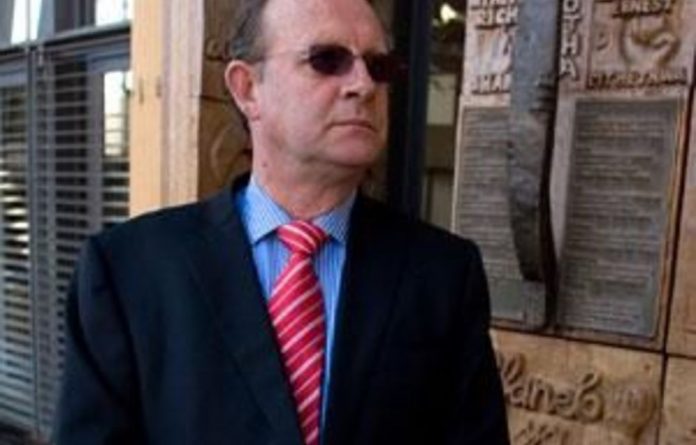 The Hawks warned criminals they would continue their fight against corruption, while taking steps to rectify legislation in line with a Constitutional Court ruling that they were vulnerable to political interference.

“Criminals should not be under the impression that the Constitutional Court judgement eliminates the work of the Hawks,” spokesperson McIntosh Polela said in a statement on Thursday.

The court ruled earlier in the day that Chapter Six of the South African Police Service Act, as amended, which enabled the disbanding of their predecessor the Scorpions and their own formation, was constitutionally invalid. The declaration of invalidity was suspended for 18 months to give Parliament time to rectify the legislation.

The Hawks welcomed the judgement, saying they would take steps to give effect to it and were already reviewing the entire Police Act.

The Hawks fall under the police ministry, which promised it would comply with the timeline set down by the Constitutional Court.

“We want to assure the public that we will adhere to this timeline,” ministry spokesperson Zweli Mnisi said.

Until they had studied the entire judgement they would not comment further.

‘Not expecting this’
Businessman Hugh Glenister, who launched the application, said on Thursday he was “shell shocked”.

“I am a little bit shell shocked. I was really not expecting this,” he told the South African Press Association on Thursday.

Glenister took the case through the courts following a decision taken at the African National Congress’s 2007 Polokwane conference that the Directorate of Special Operations, known as the Scorpions, be disbanded. The ANC had repeatedly accused the Scorpions of a political agenda as it tried to prosecute President Jacob Zuma for allegedly accepting a bribe facilitated by his former financial advisor Schabir Shaik and French arms company Thint.

After Shaik’s conviction and sentence for corruption and fraud, the Scorpions pursued Zuma and Thint. This was however dropped due to interference in that investigation.

“I am full of the joys of spring,” said Glenister, who cut a lone figure chain smoking during the court recesses of previous hearings on the matter.

“I can only hope, but I cannot predict, that South Africans will now start tightening the reigns on their politicians at every level, from the municipal to national.”

‘Lone battle’
At one point he said he had considered giving up the court challenge.

“But people were chirping in my ear and making me positive. When battling a lone battle there are times when you get despondent, you just want to walk away and say ‘enough’. But human beings have the capacity to inspire others.”

Deputy Justice Minister Andries Nel declined to comment and noted the court had directed itself at Parliament, not the justice department, to rectify the legislation.

“I think we would want the opportunity to study that judgement, but also … the Constitutional Court has directed its order and its relief at Parliament to take action. So I think you should seek Parliament’s views,” Nel said.

The DA, which is still pursuing the decision to drop charges against Zuma and Thint, said the law which enabled the dissolution of the Scorpions was flawed, and that the Hawks were underresourced and did not have logistical experience.

The party would provide a more comprehensive analysis of the judgement when they had studied it, said MP Dianne Kohler Barnard.

Freedom Front MP Pieter Groenewald said: “The Constitutional Court’s decision actually confirms that it had been a mistake to disband the Scorpions. The increasing abuse of power in the police also requires that there should be more independence for the Hawks to investigate the police.”

‘Vulnerable’
The judges explained that currently the Directorate for Priority Crime Investigation’s activities are coordinated by Cabinet and that the statute provides that a ministerial committee may determine policy guidelines in respect of the functioning of the DPCI, as well as for the selection of national priority offences.

“This form of oversight makes the unit vulnerable to political interference.”

The safeguards to prevent political influence and interference were also inadequate, the court said.

“… Conditions of service of the unit’s members and in particular those applying to its head make it insufficiently independent.

“Members thus have inadequate employment security to carry out their duties vigorously; the appointment of members is not sufficiently shielded from political influence; and remuneration levels are flexible and not secured. These aspects make the unit vulnerable to an undue measure of political influence.” – Sapa