Cricket SA in the firing line 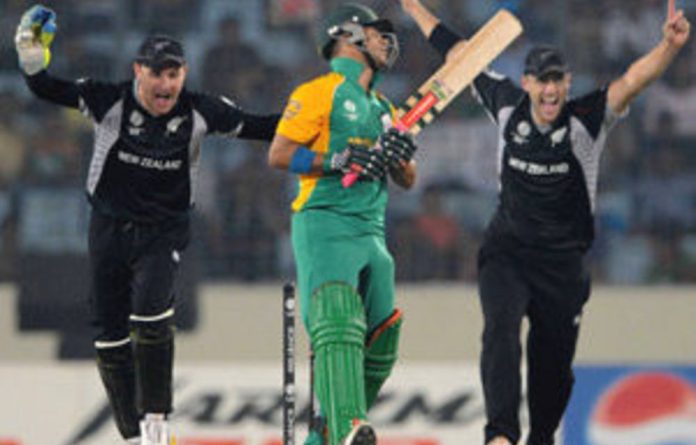 South Africa’s cricketers will, no doubt, be forced to look into the mirror of self-assessment before they play another international match — and that can’t be a bad thing. Whether they acknowledge what they see, even to themselves, let alone speak about it, is an entirely different matter.

They must be held accountable for their performance on the field and perhaps even be called on to explain what happened. The problem, however, is that they may resent this process and therefore rebel against it — not because it is a bad or unworthy process but because they are the only ones required to go through it.

Like foot soldiers being held accountable for the failure of military strategy, Graeme Smith and his players face the guns alone while the generals sit behind teak desks in oak-panelled offices. There is no apparent accountability among the most senior of Cricket South Africa (CSA) executives. The chief executive, Gerald Majola, recently celebrated his 10th anniversary in the job (a press release was even issued to commemorate the occasion) while the executive board dutifully supports and endorses his every decision.

Administrative executives in South African cricket have never been held accountable for on-field performances, yet the office, surely, is as important as the grass when it comes to running a successful, multimillion-rand sports business.

Smith and the players sensibly refrained from public comment during the lengthy and embarrassing period before the World Cup in which Majola was discovered to have behaved in a highly irregular financial manner but was then exonerated by an internal committee headed by a man with no professional background or experience in finance or auditing and who was then installed as acting president when the incumbent, Mtutuzeli Nyoka, was ousted in a shamelessly political ambush by the board after a clash with Majola — over his management of finances.

As an example of how to behave and be accountable for your actions the players could have done with better. It wasn’t exactly Italian Prime Minister Silvio Berlusconi, but the message was clear — ultimately, it is every man for himself and the survival of the fittest. Or cleverest.

Playing as a team
Only the cynical and the naive would suggest that Faf du Plessis consciously ran out AB de Villiers because he was set a bad example by his recent employers, but he walked into a team environment in which the players had grown accustomed to playing as a team in spite of the boardroom, not because of it.

One man with considerable experience of company boardrooms and recently introduced to the world of cricket is Dale Williams, the “low-profile” third member of the trio that formed the coaching company Performance Zone. The other two were Gary Kirsten and Paddy Upton (who haven’t done badly with Team India.) “Successful performance in any business system is dependent on the health of the overall system,” executive coach Williams said this week.

“CSA is effectively a business system. Sometimes individuals and teams in a system produce extraordinary results but this is unlikely ever to be consistent, especially under pressure, if the system does not foster an environment conducive to great results.” Williams does not profess to have an intimate knowledge of CSA but has spoken to enough businessmen and those who work within and on the periphery of CSA to know something fundamental is not right.

“You can drop in completely different players every generation and you’ll get similar results over time, provided the system and the ‘model’ remain the same.” Although his experience lies primarily in the business world, Williams quotes the example of a high-powered, much-travelled business executive and his high-society wife — caring parents both — who sent their truant daughter for expensive counselling sessions to “get her better”. Inevitably, the problem lay at home, not in a psychologist’s rooms.

Majola, certainly, and even a few of his self-serving board are genuine cricket men who care about the national players and know them on a personal level. But sometimes the hardest thing for parents to do is look at themselves — as it is for the chief executive of a large and mostly very successful corporation. Is it possible, however remotely, that the antisocial behaviour is all the child’s fault? Or that the able and willing sales force is not meeting its targets because of misguided management?

This country’s most illustrious sports scientist, Professor Tim Noakes, was in a dejected but pithy mood this week. Three decades of research have earned him international acclaim and taught him a thing or two about sports teams. “Science is a funny thing,” he said. “You take the same ingredients and conduct the same experiment — and you the get the same result. Five times in a row.”

The Proteas have entered the England ODI series with nine changes from their World Cup line-up, as well as a new captain. It’s paying off, so far
Read more
Advertising
Continue to the category
Africa