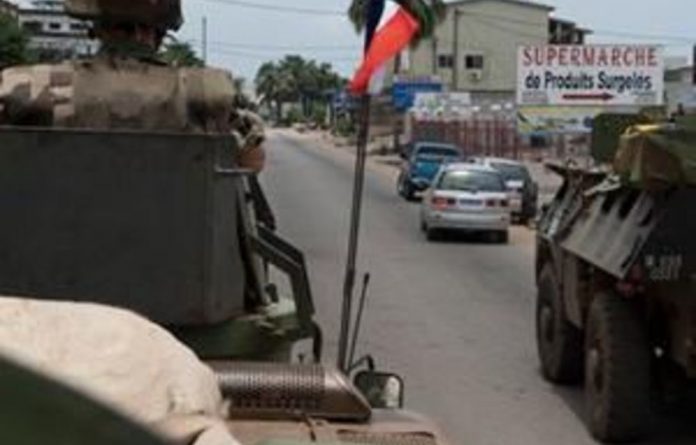 Armed and ready, hundreds of troops loyal to Côte d’Ivoire’s Alassane Ouattara are waiting to launch what they say will be the final assault on Abidjan. And waiting …

“Today’s the big day,” a fighter who called himself Don told Reuters at a base camp just north of the economic capital on Sunday, one of hundreds of pro-Ouattara troops massed there.

He was wrong. The big push to unseat incumbent Laurent Gbagbo did not materialise, even though his commanding officer, Issiaka “Wattao” Ouattara, had also signalled earlier that Sunday was the day.

In the end, Wattao charged off north up the deserted motorway in a convoy of half a dozen 4x4s, in the opposite direction to Abidjan.

No explanation was given — as none was given about the flying visit to the camp a few hours earlier by Ouattara’s prime minister Guillaume Soro.

It was the third such day on which Ouattara’s forces had promised the “final assault” to dislodge Gbagbo, loser of a November 28 election, according to United Nations-certified results.

Speaking later on Sunday on the pro-Ouattara TCI television channel, Soro said their strategy had been to encircle the city, harass Gbagbo’s troops positions and gather intelligence on their arsenal.

“The situation is now ripe for a lightning offensive,” he said.

While it might be premature to say the pro-Ouattara military push started only last Monday is losing momentum, the past few days have been more difficult.

Pro-Gbagbo forces have wrested back control of the state broadcaster RTI, which at the weekend showed unverified images of Gbagbo calmly sipping tea at what appeared to be his Abidjan residence.

In a morale-booster for the Gbagbo camp, national army chief Philippe Mangou has returned to the fold after briefly seeking refuge at the home of the South African ambassador, it emerged late on Sunday.

The United Nations has raised concerns about the possible involvement of fighters linked to Ouattara’s forces in hundreds of killings in the west — something which Ouattara’s camp denies.

After they swiftly seized swathes of the country, it was always expected that pro-Ouattara forces would meet more resistance as they meet elite Gbagbo troops at his bastions in downtown Abidjan.

Troops loyal to Gbagbo have held on to positions around the presidential palace and at his residence in the well-to-do Cocody suburb.

One Western diplomat said on Saturday Ouattara forces had been planning an attack on the presidential residence but it did not happen, possibly because members of the pro-Gbagbo youth wing, the Young Patriots, threw a human shield round it.

But sources in and around the Ouattara camp say the hesitation is also at least in part to do with divisions among top military brass jostling for influence in a post-Gbagbo government.

Fighters following Ibrahim “IB” Coulibaly — a key figure in the so-called “invisible commandos” whose guerrilla tactics have foxed Gbagbo forces across Abidjan in recent weeks — say their allegiance is to IB, not Ouattara.

“IB wants to be president. He is an idiot,” Wattao told Reuters dismissively at the weekend.

An equally plausible explanation is that he and other commanders are simply biding their time for the right moment militarily — but the question is how long they can wait.

A source inside Ouattara’s camp denied that there were divisions within the ranks, adding that the final assault was taking a little longer than expected because they wanted to secure gains first.

At their camp, some of Wattao’s men noted that Sunday’s ration of bread came without the usual tin of sardines.

But the overall mood at the camp remained calm, almost jokey.

To much laughter, one man dressed in police uniform handed out pink parking tickets to drivers of pick-up trucks loaded with machine-guns that were parked in a row in the middle of the empty motorway. – Reuters