Do it for Mandela, Malema tells ANC voters 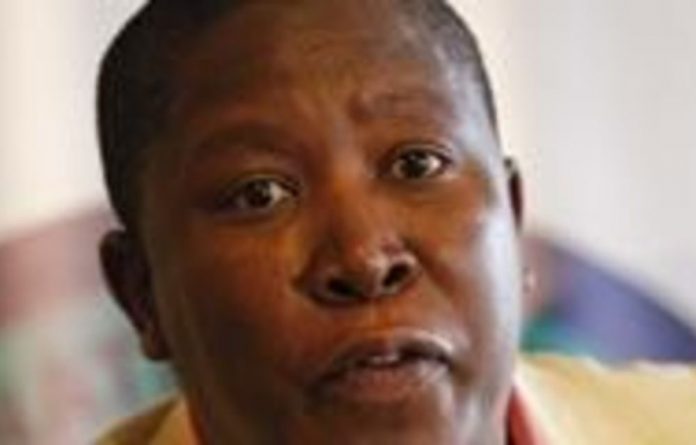 “President Mandela is sick and you don’t want to contribute to a worsening condition of Mandela by not voting ANC. President Mandela will never endure if the ANC is out of power,” the youth leader said, according to a quote published in the Star.

Hospital
Local government elections will take place on May 18, which is also the late Sisulu’s birth date.

Mandela (92) was discharged from hospital in February after being treated for a respiratory infection. He was later moved to his home in Houghton where he is under 24-hour supervision by a medical team.

His ex-wife, politician Winnie Madikizela-Mandela, complained in an interview last year published in the London Evening Standard that the African National Congress “kept him as a figurehead for the sake of appearance” and that Mandela was “wheeled out globally to collect the money”.

Madikizela-Mandela denied ever doing the interview, but the UK paper stood by its story. — Sapa