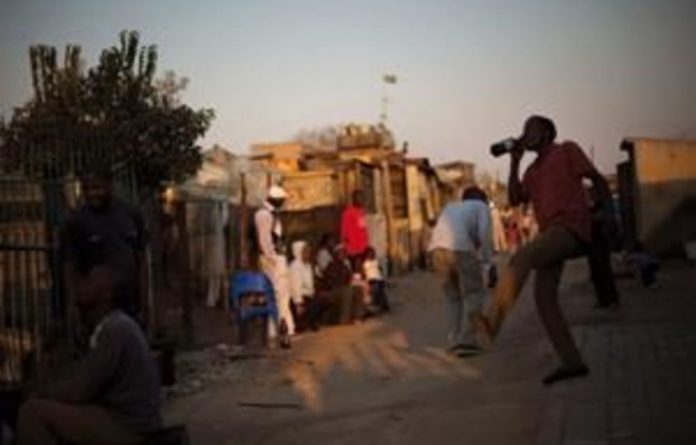 Over the past decade there have been numerous calls for an additional levy to be imposed on alcohol products in South Africa.

In 2003, writing in the South African Medical Journal, Dr Sebastian van As, head of the trauma unit at the Red Cross Children’s Hospital and director of the Child Accident Prevention Foundation of Southern Africa, Dr Mark Blecher and I called for the setting up of an alcohol injury fund along the lines of the Road Accident Fund to compensate victims of trauma by paying for health costs and other damages suffered from the harmful use of alcohol.

Five years later calls were made by the Sober SA workgroup at the 2008 Action for a Safe South Africa Convention for the establishment of an Alcohol Health Promotion Foundation funded by a levy on after-tax income from major manufacturers of alcohol to action a national campaign to improve alcohol health.

More recently, at the 2nd Biennial Anti-Substance Abuse Summit in Durban in March 2011 it was again proposed that a levy on alcohol be instituted to address alcohol abuse and its harms. Is such a levy needed? To answer this question it is necessary to do a briefly review of the drinking situation in South Africa, the health and social burden associated with harmful use of alcohol, and the extent to which we have had any meaningful impact on turning the situation around.

The health and social burden resulting from the harmful use of alcohol is enormous and does not seem to be getting any better. There remains an urgent need to leverage meaningful action to reduce the harmful use of alcohol. It is encouraging that the government’s inter-ministerial committee on substance abuse (IMC) is talking about new policy initiatives, but without proper leadership, analytic capability, resources and accountability, the likelihood of having a meaningful impact will be substantially reduced.

Essentially, we need to stop doing business as usual and look for ways of impacting where the problem is greatest using evidence based interventions. We also need to focus more on strategy, and on how best to implement changes in policy and practice.

While many South Africans do not drink, the level of absolute alcohol consumption by drinkers in the country is among the highest in the world. We have very harmful patterns of drinking in South Africa, with many drinking at harmful or hazardous levels over weekends (about a third of male and female drinkers). One third of males and one quarter of females in high school report binge drinking in the past month and this is increasing.

Alcohol’s burden has been particularly noted for intentional and unintentional injuries (for example, alcohol is a factor in 29% of driver injuries and 47% of driver deaths), neuropsychiatric disorders (6% of South Africans experience alcohol abuse/dependence each year) and infectious diseases (possibly as much as a quarter of TB deaths can be linked to heavy alcohol use or having an alcohol-use disorder).

The tangible economic costs associated with harmful use of alcohol have been estimated to be in the order of R38-billion a year, or 1.6% of the country’s gross domestic product. To date the issue of the harmful use of alcohol has not been given sufficient attention by the state. Policy is fragmented across different departments, with trade and industry, the national treasury, safety and security, social development, health and agriculture being the most important. At present we do not have a clear national alcohol plan dedicated to addressing this problem.

Since 1994 there have been some policy shifts, including reducing allowable blood alcohol levels in ordinary and professional drivers in 1998, above inflation increases in alcohol excise taxes on all products except sorghum beer/malt every year since 2003, instituting a requirement that when liquor manufacturers apply for a licence they need to indicate the steps they intend taking to address the harms associated with alcohol (from 2004), imposing stricter regulations regarding the packaging of alcohol in plastic containers (in 2007), a requirement for warnings on certain alcohol containers to be instituted from February 2009 and, more recently, instituting tighter controls on retail sales (including hours of sale) in some provinces.

While these policy changes are to be welcomed, much more could have been done to reduce the negative impact of alcohol use in South Africa. During this time the liquor industry has been active in pushing its agenda which focuses on awareness campaigns (for example, “No alcohol to under-18s”), promoting self-regulation of liquor advertising and supporting interventions on select sub groups of the population who misuse their products (such as pregnant women, university students and drunk drivers rather than on the broader population of drinkers that misuse alcohol.

A recent review of industry-led anti-abuse programmes suggests that they do not always focus on most-at-risk populations and do not always follow evidence-based practices regarding how best to intervene nor are outcomes typically evaluated. Frequently the industry has sought to undermine efforts aimed at reducing the availability of alcohol, increasing price and restricting marketing, despite interventions in these areas being given prominence in the 2010 World Health Organisation’s Global Health Strategy.

There are different models for funding these foundations, including taxes on tobacco and/or alcohol (a 2% tax on both alcohol and tobacco in Thailand), levies on health insurance (Switzerland) and appropriation from treasury budgets (VictHealth, Western Australia, Malaysia). New Zealand has a levy on both locally produced and imported liquor that is used to fund the Alcohol Advisory Council (ALAC) of New Zealand, which has a full-time staff of 24.

In November 2008 Botswana introduced a 30% levy on locally produced and imported alcohol to reduce alcohol consumption, including education programmes at schools and promoting alcohol-free youth activities through sports and entertainment. Over two years the amount disbursed is likely to be in the region of R200-million. In November 2010 Scotland passed legislation making provision for councils to apply for a social-responsibility levy on alcohol retailers.

Generally it has been found that such health foundations have low administrative costs, can operate without bureaucratic impediments, can make speedy, responsive and flexible funding arrangements so that projects can be rapidly funded, can include community inputs in funding decisions, tend to be visible and accountable and can shield government from unpopular and hard funding decisions. A review of the activities of VicHealth found that it had had successes in a number of areas, including reducing road trauma.

A review of Healthway in Western Australia concluded that health promotion foundations are capable of producing a significant amount and diversity of promotional, educational, structural and community development outputs. The average Healthway project directly and indirectly reached 7 000 people. Participation rates were found to be highest in persons from disadvantaged areas with negative behavioural risk profiles.

With regard to a South African Alcohol Heath Promotion Foundation it is proposed that the levy would be used to fund such a foundation and thereby kick-start new initiatives and support more effective implementation of a National Alcohol Strategy, but not be used to replicate existing programmes.

Following the examples of other health foundations, a local Alcohol Health Promotion Foundation could be used to support strategic thinking and advocacy (providing guidance on the best ways to achieve objectives to reduce harmful use of alcohol), the funding of special projects (commissioned or model projects, such as alternative economic activities for people involved in survivalist selling of alcohol, counter-advertising and grants to applicants), funding for conducting research and knowledge dissemination (support research grants, commission evaluation research and support knowledge translation through, for example, establishing and running an information clearinghouse), supporting sporting and cultural organisations, and capacity building of people involved in treatment and prevention work.

One of the aims of the foundation would be to facilitate a dynamic partnership between civil society and government. An amount of several hundred million rands a year would be needed to ensure the proper functioning of the foundation and the activities referred to above.

The proposal is for funding to come from a 1% direct levy on turnover in the alcohol manufacturing sector (“1% for Health!”). It is proposed that the foundation would be separate from government but complementary to it, and accountable to it on at least an annual basis.

As proposed, the levy would be related to the amount manufactured, resulting in the double benefit of more funding to address harmful use of alcohol if production increases, and reduced consumption as prices would in all likelihood rise in order to keep shareholders happy.

Should there be similar calls for levies to address other harms like tobacco use and the over-eating of junk food and products containing excessive sugar, then consideration should be given to establish a foundation with a broader health promotion mandate, but where the issue of harmful use of alcohol would be adequately addressed.