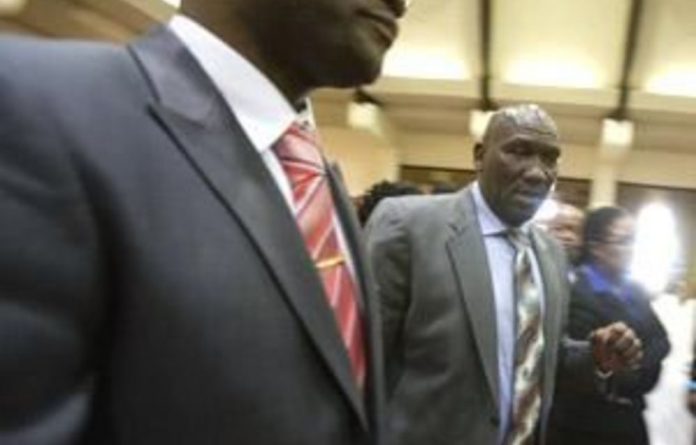 Allegations that crime intelligence boss Lieutenant-General Richard Mdluli was involved in a 1999 murder appear to have set off a propaganda war using covert investigations, leaks and political appeals to President Jacob Zuma.

The Mail & Guardian can reveal:

Experts say the propaganda war could get worse.

One highly placed security source said: “Mdluli is likely to bring out things on other people. This could make the fight between the police and the Scorpions look like a creche picnic by comparison.”

It is unclear whether Zuma reacted to Mdluli’s appeal, but a source sympathetic to Cele said the president and the minister of police, Nathi Mthethwa, dithered for three weeks over Mdluli’s arrest.

But the director of public prosecutions, Menzi Simelane, denied media reports that he consulted Zuma over the issuing of the arrest warrant — and it is possible that Mdluli’s arrest was expedited to head off further disclosures that might have swayed Zuma to intervene.

Mdluli’s appointment to the highly sensitive security position raised eyebrows at the time.

He is a career policeman who joined the police in 1979 and had no struggle background, though his letter states: “I was, and am still, a loyal ANC member.”

His appointment came in the teeth of an attempted legal challenge to the process from a rival, the former acting head of crime intelligence, Mulangi Mphego, and opposition from the acting national police commissioner, Tim Williams, who also considered the process flawed.

But a panel dominated by Cabinet ministers — notably Mthethwa and the state security minister, Siyabonga Cwele — recommended to the Cabinet that Mdluli should be appointed.

It appears that Mdluli gained Zuma’s trust during the messy 2005 rape allegations and subsequent trial, in which Zuma was acquitted.

It is not clear what role Mdluli played — he did not give evidence and was not directly involved in the investigation — but some equivocal police testimony played an important part in Zuma’s acquittal.

The NPA has also denied that Mdluli’s arrest is related to the -investigation of Czech fugitive Radovan Krejcir.

The M&G reported recently that the Hawks were investigating Mdluli and the acting head of intelligence for Gauteng, Major General Joey Mabasa, over claims that crime intelligence conducted surveillance on investigators probing Krejcir, and that at least one taped conversation found its way to Krejcir.

But the M&G has been reliably informed that the lead investigator in the current Krejcir fraud case, Major General Shadrack Sibiya, was the Hawks officer who revived the Mdluli murder investigation in September 2009.

Asked whether he felt Mdluli had been set up, Mabasa would not comment this week. “I’m not allowed to speak to the press,” he said. “You’re coming to the wrong person.”

Sibiya has once before been accused of pushing a political agenda.

In December 2008 City Press reported that staff in the Scorpions’ Free State office handed over a memorandum to the head of Scorpions operations, Thanda Mngwengwe, accusing Sibiya of seeking out incriminating evidence against Ace Magashule ahead of the provincial leadership battle in July 2008.

According to the report, the memo alleged that Sibiya, then chief special investigator in the province, had indicated that Magashule had to be arrested because the ANC was saying that he was causing trouble in the Free State.

At the time the NPA said a preliminary assessment of the allegations showed that they were “without basis or substance”.

“General Cele is not, and has never been, the subject of any criminal investigation by the police or any state organ,” the SAPS said in a statement. It said that investigation fell outside the mandate of crime intelligence, which gathers information and relays it to the Hawks or the detective service.

The SAPS said that on Wednesday this week Cele was handed a copy of a recently declassified letter marked “top secret” that Mdluli purportedly sent to him and others on November 11 last year pleading for the dropping of the investigation that resulted in him being arrested last week because it amounted to victimisation and the abuse of state resources.

Cele had seen the letter for the first time on Wednesday evening and there was no record of it being received by his office at an earlier date. The SAPS said that an internal police investigation had never cleared Mdluli “as alleged in this letter”. The investigation conducted by Major-General BM Ntlemeza, whose report dated January 14 last year was attached to the letter, only pertained to alleged attempts by members of Gauteng crime intelligence to frustrate Mdluli’s candidature for the post of divisional commissioner of crime intelligence in 2009.

Correcting “misperceptions” about Mdluli’s arrest, the SAPS said there was no tension between Cele and Mdluli after the “infamous unannounced visit by members of crime intelligence to the public protector’s office”.

Cele and Mdluli were not aware of this visit until news of it reached them at a meeting of police management. “General Cele could never blame Lieutenant-General Mdluli for this debacle without having to accept such blame himself.”

It said Cele had a good working relationship with Mdluli, adding: “The sadness which accompanied his acceptance of his investigators’ representations that — Mdluli has a case to answer is dwarfed only by the deep pain he feels for the families of the victims of his alleged crimes.”