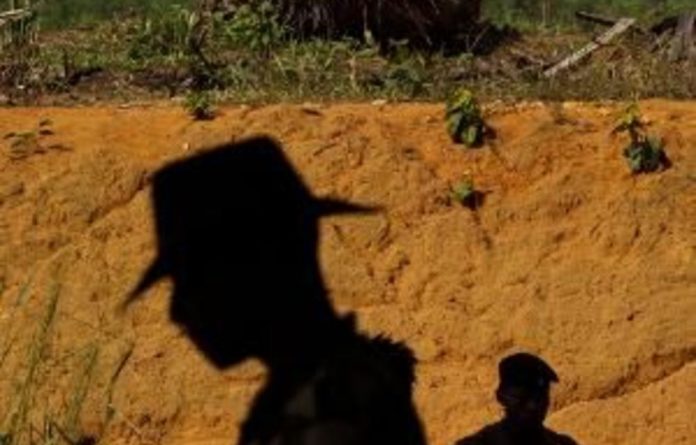 Already widespread in recent days, pillaging intensified in Abidjan where a security vacuum left by the toppling of Gbagbo, whose refusal to accept his rival’s election victory in November led to about four months of fighting that killed hundreds and displaced a million.

Responsibility for maintaining order has fallen on the Republican Forces that helped Ouattara claim his elected position. Police and military police, officially at the disposal of the new regime, have yet to fully resume their duties.

But Republican Forces leaders confess being overwhelmed by the magnitude of the task, and inundated with appeals for help.

In Cocody-Riviera in the north of Abidjan, a young woman arrived in her street by car and halted before an unbelievable spectacle: “A man armed with a rocket launcher stood in the road, on guard, as others came from a house with electric household goods that they loaded into a 4X4 vehicle,” she told AFP.

The woman said she was terrified to see the men brandishing weapons of war in plain sight and in broad daylight.

“They were armed to the teeth,” victim Annick said with a quiver in his voice. “As if we weren’t traumatised enough by the mortar fire and the wild explosions of the last few days,” he said of the fighting that preceded Gbagbo’s ouster on Monday.

Arms have been circulating freely in the city in recent weeks as many fear the insecurity is here to stay.

“Everyone is armed: pro-Gbagbo and pro-Ouattara alike,” said Herve, a computer technician.

In the upmarket neighbourhood of Cocody, many people attribute robberies and pillaging to elements of the Republican Forces.

“The Republican Forces made us get out of our car and attempted to drive off in it, but it would not start. They left it there, but insisted that we give them money,” said a resident, Chantal.

At the Golf Hotel, headquarters of the Ouattara camp, a senior Republican Forces official confided a sense of disarray, faced by a situation out of control.

“All of a sudden, everyone has become Republican Forces,” he said, underlining the difficulty distinguishing in the crowds between fighters and pillagers terrorising the city.

“It is essential in the short term to take the guns off those who should not have them, before they develop a taste for it,” added Zoumanan Fofana, a resident of the Ouattara stronghold of Abobo.

In the south of the city, where United Nations and French forces were deployed at the start of fighting to stop the pillaging, life has tentatively returned to something resembling normality.

“Traffic circulates, there are ‘woro-woro’ (a type of public transport) and taxis. There are even shops open,” a resident of Treichville said.

And in the north, in Adjame, there was a “near normal crowd at the market”, according to one resident.

“One could find almost everything, there was meat, fish, but it is expensive”, with rising inflation another symptom of the chaos. — AFP