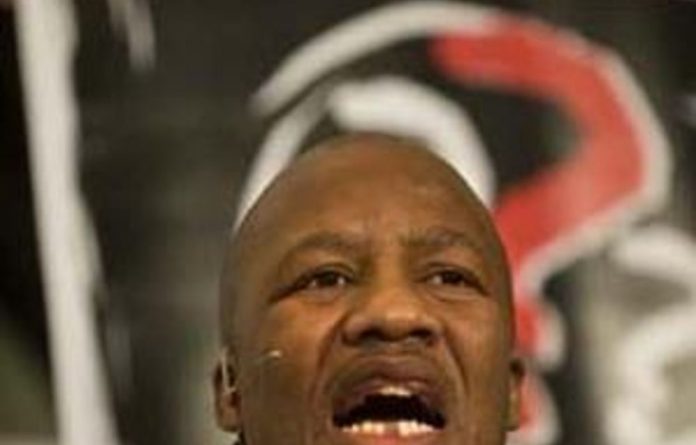 The African National Congress (ANC) wants Police Minister Nathi Mthethwa to probe the alleged beating of a man to death by police during a protest in Ficksburg in the Free State.

“In what the ANC can only describe as resembling apartheid-era police strong-arm tactics, showing total disregard for human rights enshrined in the South African Constitution, members of the South African Police Service … violently killed an unarmed protester after severely beating him in full glare of members of the Ficksburg community in the Free State,” said Mthembu in a statement issued late on Wednesday evening.

“The ANC strongly condemns the brutal beating of the man to death — a chilling and sad scene which was later shown to millions on national television news by the SABC.”

Mthembu called on Mthethwa to institute an “immediate commission of inquiry” into the death of the man. The man was identified as 33-year-old Andries Tatane in reports on Thursday.

“We therefore also call upon the Independent Communications Authority of South Africa to investigate whether the public broadcaster has not overstepped its mandate in this regard.”

He said South Africa was a “far cry from a police state”, it was a constitutional democracy, with its citizens afforded the right to stage peaceful demonstrations.

“It was totally unbelievable, shocking and disgusting to see images on our television screens of such extreme police brutality and murderous activity.

“No amount of wrongdoing by the protesters necessitated such brutality and killing on the part of our law enforcement officers.”

The Independent Complaints Commission was reportedly investigating the incident. Police allegedly fired rubber bullets into Tatane’s chest and then beat him with batons.

The Times reported that Tatane was allegedly attacked by at least six policemen “simultaneously”. He was seen holding his hand against his chest after the assault and collapsed about 20 minutes later. He died before the ambulance arrived, according to the report.

The police confirmed on Wednesday that a man has been killed during the protest. Spokesperson Captain Phumelelo Dlamini said police were investigating the incident. — Sapa