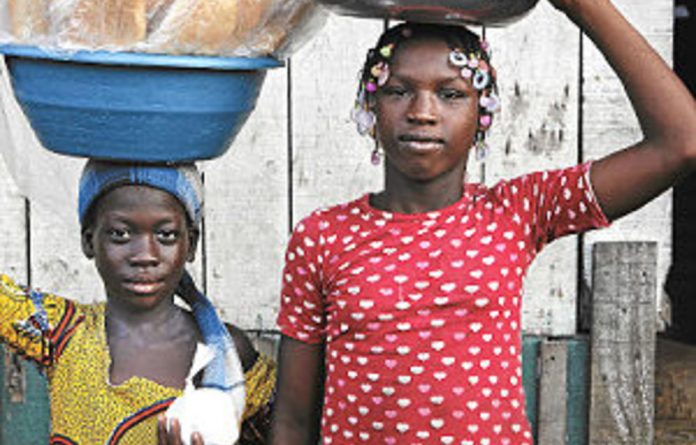 We are witnessing a historic change to the development paradigm. Drastic spending cuts in the United States, uncertainty around Europe’s common currency and the consequences of the earthquake in Japan are re-ordering international priorities and putting further pressure on aid budgets.

At the same time development needs in Africa are multiplying as climate change and rapid population growth add new financing demands and populations empowered by advancements in information and communication technology are asking more of their leaders.

While aid remains vitally important to build capacity, leverage other flows and achieve specific results, it is clear that African leaders and international donors need to look beyond traditional development strategies to fill funding gaps and accelerate progress.

We at the Africa Progress Panel are convinced that partnerships harnessing a broader range of actors and their energy, creativity and resources can provide at least part of the solution. In this year’s Africa Progress Report, which we launched at the World Economic Forum on Africa this week, we call on leaders in all sectors, including government, business and civil society, to do more to strengthen, replicate and scale up existing partnerships, but also to identify and consider new forms and areas of collaboration.

Partnerships have already demonstrated their transformative impact. In recent years we have seen collaboration between the private sector and international philanthropists leading to significant reductions in malaria deaths. Partnerships between cellphone providers and governments have greatly increased access to finance for Africa’s poor. And collaboration between civil society and intergovernmental organisations has vastly improved access to credit for smallholder farmers and helped raise agricultural productivity.

By mobilising resources, improving efficiencies or extending services, access and opportunities to marginalised groups, partnerships can clearly achieve tremendous results. In doing so they are already complementing and expanding government-led development efforts. But as the various partnerships around the introduction of mobile money in East Africa have shown — collaborations brought to scale can achieve much more. They can create vibrant markets, transform entire sectors and lead to sustainable structural change.

At the bottom of the pyramid
As countries and companies are shifting their attention from Africa’s problems to its vast potential and abundant opportunities, new spaces for engaging actors around their comparative advantages are opening up. The private sector understands that it needs the access and knowledge of local partners and national governments to grasp the enormous commercial opportunities at the bottom of the pyramid.

Governments and civil-society organisations are recognising the value of the resources, capacities and expertise the private sector can bring to their development efforts. As the interests of the various sectors continue to converge, and improvements in regulatory environments make cooperating easier and safer, opportunities for partnerships continue to grow.

However, despite the many encouraging examples we have seen, the number of successful partnerships remains minuscule compared with both the potential and the need for them. Too often, activities remain small scale, localised and isolated, as actors lack the capacity, resources or incentives to scale up their operations, replicate them elsewhere or deliver more than piecemeal change. As a result, many opportunities for tackling Africa’s problems and driving its progress are missed to everyone’s detriment.

We argue that more can, and should be, done to facilitate the spread of successful partnership models across countries and sectors. National governments can do more to ensure the regulatory conditions that allow partnerships to mature beyond pilot projects. International donors and institutions can do more to initiate and provide seed funding, risk mitigation and other supportive guarantees to innovative models.

Private sector actors, particularly international corporations, can do more to move beyond traditional patterns of sourcing, production and distribution and expand their operations to marginalised segments of the population. And civil society organisations can do more to increase accountability and play a constructive intermediary role.

However, despite the enormous value they can add, partnerships for development are certainly no panacea for all of Africa’s problems. Even brought to scale, there are limits to what they can achieve. They do not replace good governance, strong institutions, as well as political leadership and vision, as the core ingredients of progress. On the contrary, partnerships depend on these to be able to fulfil their potential.

Crucially, partnerships do not shift the responsibility for progress away from the shoulders of African leaders and international donors, even though they can help to spread the burden. Donors still need to fulfil the extensive financial and political commitments they have made to Africa and it remains up to African leaders to inspire processes and build capacities to translate the continent’s wealth and potential into tangible benefits for its citizens. It also remains up to them to protect these citizens from the vagaries of nature and the volatilities of the global economy, providing them with adequate public services and opportunities to feed and educate their children and make a decent living.

For this Africa’s leaders need to rise to the interlinked challenges of growing their economies, delivering results for their people, conserving the environment and achieving the millennium development goals they set themselves a decade ago. My fellow panel members and I strongly believe that partnerships can help them with all of these tasks.

Former United Nations secretary general Kofi Annan chairs the Africa Progress Panel, which launched the 2011 Africa Progress Report, “The Transformative Power of Partnerships”, at the World Economic Forum on Africa in Cape Town. The full report is at www.africaprogresspanel.org