Warhol first self portrait soars to $38m at auction 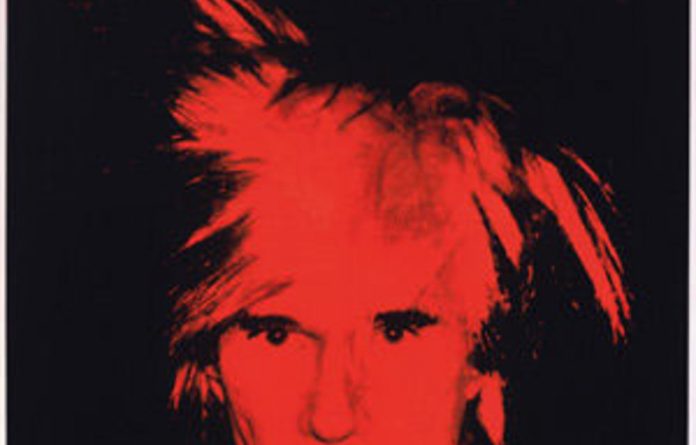 Andy Warhol’s very first self portrait injected the energy that been missing back into spring art sales on Wednesday when it soared to $38,44-million at Christie’s post-war and contemporary art auction.

The sale totaled $301,68-million, beating the high pre-sale estimate, and set records for several artists. Only three of the 65 works on offer failed to sell, for an extraordinarily high sell-through rate of 95%.

The total was Christie’s highest since May 2008, just before the financial crisis sent prices into a steep decline.

The auction was dominated by eight Warhols, which took in a total of $91-million.

But the star was Self-Portrait, a four-panel acrylic silk-screen from 1963-64 in hues of blue depicting the pop artist wearing a trench coat and sunglasses.

It was sold by the family of Detroit collector Florence Barron, who commissioned the work for $1 600 nearly half a century ago, making payments on an installment plan.

“I really believe my mother-in-law would have been ecstatic,” Nora Barron said after the sale.

“She loved the picture, she loved Andy and I truly believe she would have loved tonight,” she told Reuters.

The $38,44-million sale price was the highest to date for a Warhol portrait.

Christie’s officials were elated with the results, which came after a series of mostly flaccid sales at the auction powerhouses over the past two weeks.

Laura Paulson, Christie’s senior international director, said that while the art market “hasn’t yet fully returned to what it once was”, the sale spoke to “the depth of energy and interest if the quality is there”.

Brett Gorvy, international co-head of contemporary and post-war art, said the strong prices were “indicative of a market where estimates are considered, and fair”.

“We approached this sale with conservative estimates,” he added.

Other highlights included an untitled Mark Rothko from 1961 which fetched $33,7-million, soaring far past the high estimate of $22-million, and a Warhol self-portrait from 1986, among his last, which sold for $27,5-million, missing the $30-million low estimate.

Records were set for Cy Twombly, whose untitled 1967 work sold for $15,20-million; and Cindy Sherman, whose 1981 untitled colour print fetched $3,89-million, breaking the record for any photograph at auction.

While Christie’s said the sale saw strong US bidding, who made up 61% of the buyers, four of the six top-priced lots were bought by European collectors.

The sales wrap up on Thursday at Phillips de Pury’s contemporary art sale, led by Warhol’s Liz #5, which is estimated at $20-million to $30-million. – Reuters