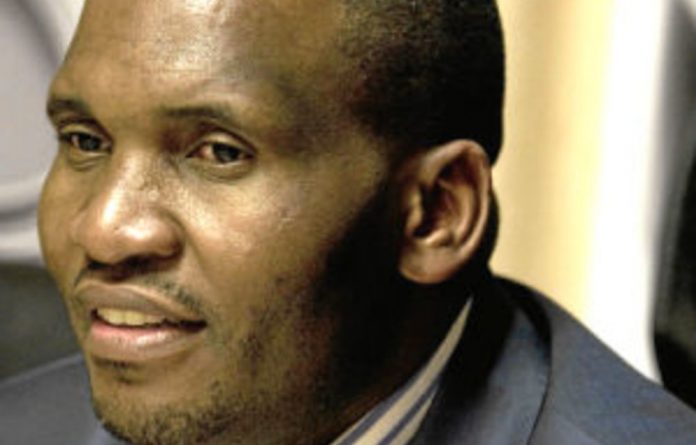 In yet another instance of apparent irregular expenditure involving Sicelo Shiceka, the Minister of Cooperative Governance and Traditional Affairs, the state paid for the transport of and luxury accommodation for a provincial royal family to attend a wedding.

Under Shiceka’s watch the ministry spent about R200 000 to send 18 people — all said to be members of the Mahlangu royal family of the amaNdebele in Mpumalanga — to the wedding of King Goodwill Zwelithini’s daughter, Princess Bukhosibemvelo Zulu, from August 14 to 24 in 2009.

As guests at the wedding the royal family enjoyed an extended stay in a luxury hotel and at a five-star private game reserve. And one of the questions being asked about the junket is whether all 18 were, in fact, members of the royal family.

According to three sources, two in Shiceka’s ministry and one in his department, the total expenditure was later deemed irregular by an internal departmental audit.

The Mail & Guardian is in possession of documents relating to the trip, including travel requisition forms signed by Shiceka’s chief of staff, Petronella Ezeolisa, and invoices from the hotels.

Three nights at the Mkuze Falls private game reserve in Pongola set the ministry back a shade more than R103 000. It forked out another R41 000 for the family’s stay at the Royal Palm Hotel in Umhlanga Rocks.

The entourage was driven from Siyabuswa to Durban, then to Pongola and back to Siyabuswa. One of the invoices reflects R4 000 for the Queen Mother Siphila Mahlangu’s one-night stay at the Royal Palm on August 20 2009. A call to the hotel established that no rooms cost that much but the bill could have been increased by extras.

Vuyelwa Vika, Shiceka’s spokesperson, said the ministry funded the trip because of its commitment to “fostering nation-building, giving support to traditional leadership and enhancing partnerships between the department and the traditional leaders”, including the royal families.

“Generally provincial houses do not have budgets to support kings and queens,” Vika said. “The listed people were members of the Mahlangu royal family and formed part of the king’s entourage.” Under the Remuneration of Public Office Bearers Act of 1998, traditional leaders receive state salaries, cars and financial assistance to run their offices.

Calls for minister to be sacked
Shiceka has been on sick leave since February but continued exposés of his irregular spending have resulted in widespread calls for him to be sacked. President Jacob Zuma is said to be preparing to fire him after next week’s local government elections.

Last year the M&G reported on a forensic audit report that revealed senior staffers blamed pressure from the minister for the department’s flouting of procurement processes and the Public Finance Management Act. Some senior employees interviewed for the audit said the pressure they felt derived from “the wishes of the minister”.

This week Vika said the 2009 wedding trip had been funded before the department of traditional affairs had been formed. At that time, “unfortunately, there were no norms and standards that gave direction in terms of how the department should respond to such requests from members of South Africa’s royal families”, but this vacuum was being addressed.

The department’s predecessor did, however, have a directorate of traditional leadership and institutions, under Professor Wellington Sobahle’s leadership. But that directorate never funded a royal family to attend a wedding or visit another royal house, according to a current departmental employee who worked with the directorate.

But Vika said it was “common practice” for royal families to visit each other and they were “at liberty to approach government for support in facilitating such interactions”. She said the ministry chose the luxury accommodation for the royal family because when it received the family’s request in July 2009 that was “the only available accommodation befitting the status of a royal family”.

Departmental sources said not all 18 bookings the ministry funded were used for the royal house members — some senior ministry officials benefited from the trip. But Vika denied this, maintaining that all were members of the royal house.

Princess Sakhe Mahlangu, who requested financial assistance from the ministry, was baffled by the department’s figure. “That number of 18 people I cannot talk about. I requested assistance for 10 people,” she said. “You [M&G] said you’ve got my letter, [so] you can see it says 10 people. Am I the one who is supposed to answer this?”

In her request to the ministry Mahlangu said the queen mother, her three daughters, a son and six delegation members needed to travel.

Ombud ruling a ‘vindication’ for M&G
The press ombud has dismissed “in its entirety” Sicelo Shiceka’s complaint against the M&G for its story about his alleged irregular expenditure, including thousands of rands on flowers and decor for his ministerial house (“Minister’s bunch of trouble”, November 12 2010).

Shiceka complained that the story, by senior political reporter Mmanaledi Mataboge, “misleadingly stated” the expenditure was “irregular and untoward”, deputy press ombudsman Johan Retief said in his ruling last Friday. The M&G had responded that the story was based on an internal audit report that itself “makes it clear the expenditures were irregular”, Retief wrote.

“Nowhere does the M&G state it as a fact that Shiceka misspent public funds — the whole story, from start to finish, is about an internal audit report that lists Shiceka’s alleged irregular expenditure.”

Retief found the newspaper was “justified in its reportage” because “its story [was] mainly based on an internal audit report as well as on some sources; the story consistently portray[ed] the above-mentioned as such; and ample space [was] given to Shiceka’s views”.

Welcoming the judgment, M&G editor-in-chief Nic Dawes said: “Mmanaledi was the first journalist to report on concerns within government about Shiceka’s spending habits. Her reporting was meticulous, based on documentary evidence and testimony from sources with direct knowledge of the circumstances. The ruling is a resounding vindication of Mmanaledi’s work in bringing this crucial issue to public attention.”

Go Life International, a listed company that manufactures health supplements, has been in talks with the Ingonyama Trust Board
Read more
National

​The top 10 defaulting municipalities owe Eskom billions, and a parliamentary committee has resolved to find out why they are not paying their debts
Read more
National