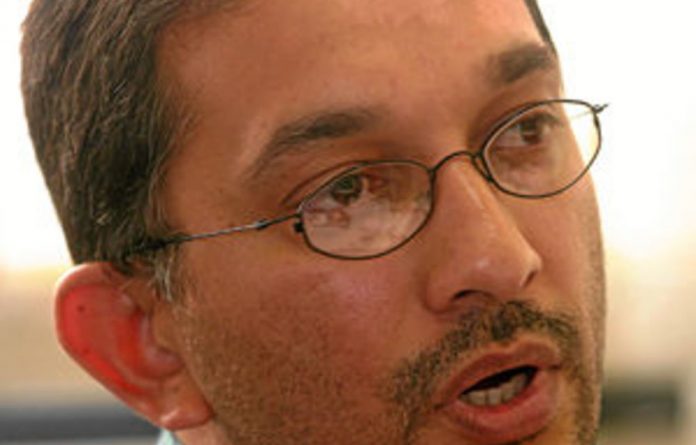 Jeenah who landed back in Johannesburg on Thursday morning, had been detained and held incommunicado at Ben Gurion Airport on Tuesday for several hours after flying in to Tel Aviv at the invitation of the South African consulate there to conduct research.

He was then deported to Istanbul, Turkey, and flew back to Johannesburg on Thursday morning.

Jeenah told the Mail & Guardian he was interrogated when he arrived at the immigration counter at Ben Gurion Airport. “I was a guest of the South African embassy and an embassy official came to meet me,” he said.

“When they [Israeli police] wanted to interview me, they were quite rude to him and told him to leave. They said they knew that I wrote articles that supported the armed resistance movement against Israel and I said I hadn’t.

“They told me it would be very difficult to let me into the country and locked me in a holding cell for four hours, then put me on a flight to Istanbul.” He was not allowed to keep his passport during the flight, he said. When he arrived in Istanbul he was kept in an immigration detention centre for 24 hours until he boarded his flight to Johannesburg.

“As a guest of the embassy, I didn’t expect this treatment,” he said. “And I was surprised at the manner in which they treated the embassy official.”

Ismail Coovadia, South Africa’s ambassador to Israel, told the M&G he had been in contact with the Israeli foreign ministry until the point when Israel deported Jeenah, but the ministry had told him there was nothing it could do.

“I kept getting the answer that it’s for security reasons. That’s open to anyone’s guess, it could mean anything,” Coovadia said. “I sent one of my staff to the airport. He met Na’eem. But the security police became rough with my staff member and told him to leave the airport. They threatened to take away his access.”

Coovadia said he was going to “take this up” and planned to meet officials from the Israeli foreign ministry next week. “I will complain about this treatment,” he said.

This is not the first time high-profile visitors to Israel have been deported for “security reasons”. United Nations human rights investigator Richard Falk was deported from Ben Gurion in 2008 and writer and Professor Noam Chomsky was deported last year.

Archbishop Desmond Tutu was denied entry to the West Bank in 2008 while on a fact-finding mission. In the past few years members of the Congress of South African Trade Unions, the South African Municipal Workers’ Union and the South African Council of Churches have also been denied access.

“They always have a problem with dealing with South Africans,” said Coovadia. “The picture in Israel is not positive regarding South Africa, politically. They think South Africa is out to be difficult.”

Palestine Solidarity Committee activist Salim Vally said: “Na’eem is a prominent scholar and recognised as such in South Africa. The Israeli security police are behaving like the apartheid regime and should be treated as such.”

Israel’s deputy ambassador to South Africa, Ya’akov Finkelstein, confirmed that Jeenah was not allowed to enter Israel “for security reasons. It is the prerogative of any country not to let any particular person in,” he said. “It is a legitimate and quite a common procedure, executed regularly by many countries around the world for various reasons.”

Only 16% of losses in South Africa from weather-related disasters in the past four decades were covered by insurers, leaving governments and communities unable to build back
Africa