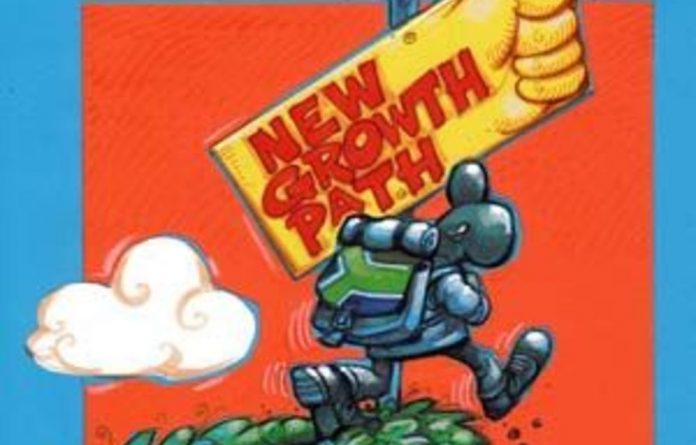 The new growth path has drawn sharp criticism for an unrealistic presumption that the state has the capacity to initiate and administer large-scale structural changes in the economy. This misapprehension applies equally to education and skills training.

Launched in late 2010, the new growth path has little of substance to say about either of these components of human resource formation. Scattered throughout are references to “sustaining development of more knowledge-intensive industries”, “greater support for R&D [research and development] and tertiary education” and “improvements in education and skill levels”.

This element of the new growth path, like other state initiatives in the economy, must be looked on with caution. Government is simply not able to take responsibility for expanding higher education of the right kind for development needs or to raise the intermediate levels of skills training that are complementary to high-level skills production. The belief that it can rests on wishful thinking.

The competence of government in tertiary graduate and technical skills production is not supported by history, by international evidence or by simple economic analysis. The reasons are not hard to grasp. In economies that are not centrally planned, as the Soviet Union’s was and Cuba’s is, governments cannot determine the optimum mix of graduate output without resorting to market signals and to willing employer collaboration.

Bureaucrats and educational planners are resistant to this truth. This is because government has no leverage on the shop floor inside private companies or NGOs or even state-owned enterprises. But the site of production is precisely the place where the bulk of training occurs. It is where tertiary graduates (accountants, doctors, lawyers), with other skilled people, are made job-ready; that is, made valuable to the organisation.

To focus more generally on skills training, governments can appeal, plead and threaten. What they cannot do is make a private employer train skilled workers if such investment is judged unprofitable or does not lead to full cost recovery. This hard fact is an unpalatable truth for the South African government, for trade unions and for all South African groups wishing to use political power to pursue economic objectives.

By contrast, what the new growth path has in mind today is the state actively training large numbers of workers to pursue social goals. These are to raise living standards, create new jobs, sustain higher economic growth rates, promote export competition and so on.
But, regrettably, this task is subject to major constraints that are unavoidable. For example, bureaucrats responsible for raising the national skills acquisition rate have great difficulty keeping up with advances in technology, with market trends in goods and services, with the specific demands for workers according to occupation and with the changes in competency that take place inside occupational categories. By profession they do not possess the training, the experience or, most importantly, the motivation that is essential.

Lessons from history
Recalling history is informative. Major experiments with the state’s economic activities during the 20th century showed limitations. The downfall of central planning in Eastern Europe, as well as disappointments with indicative planning in countries such as France (and South Africa) after World War II, reveals that the same causes of failure remain constant today.

The state’s indicative planning circulated information on investment plans between industries, sectors and the state itself concerning infrastructure and other forms of public sector capacity-building. But it did not improve coordination because business did not believe the plans.

By the 1970s national indicative planning had virtually disappeared. The state consistently fails to access information essential in production. This failing is made worse by the difficulty of putting in place the incentives needed for economically active individuals to make decisions that are both in their own interest and advance social objectives.

Planners and policymakers have great difficulty getting these functions right. So almost all economists accept that collective-action problems place severe constraints on expanding the state’s economic borders.

In our imperfect world there is market failure and there is state failure. The beginning of policy wisdom is to recognise this.

The following are the sorts of issues that must be tackled before starting on policy reform aimed at greater efficiency and equity in outcomes:

One large gap in our knowledge of the present South African system is that we do not know whether Setas perform any inhibiting role against poaching. This and the other questions raised above must become official priorities if the national production of skills is to increase at all.

Sean Archer is a research associate in economics at the University of Cape Town. This article, first published in slightly different form by University World News, is drawn from the Southern Africa Labour Development and Research Unit Working Paper 52, funded by the Centre for Higher Education Transformation in Cape Town