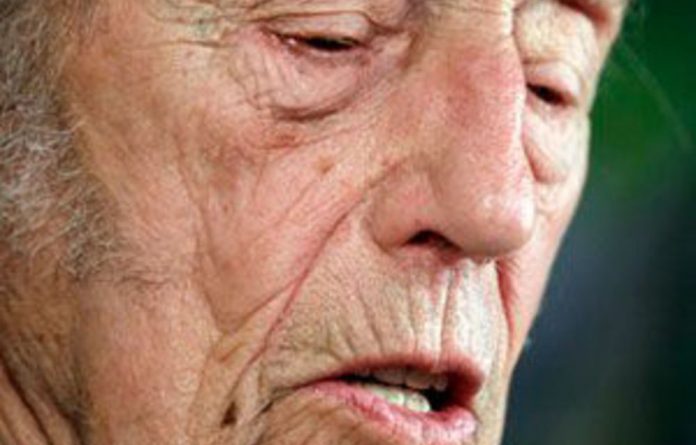 So it’s Apocalypse In Just a Few Months More — this week California-based prophet of doom Harold Camping rescheduled the end of the world to October 21 after going to ground when his May 21 forecast bombed out to global guffaws. Given that he is 89 years old, his own demise before that date may spare him further embarrassment.

It has been suggested that religious concepts are hardwired into the human brain — only this could explain the remarkable persistence of millennial predictions, despite their persistent failure to happen.

The Mail & Guardian looked up some of the more bizarre millennial forecasts over the past century. What follows is a short modern history of the end of the world:

1914: Jehovah’s Witnesses mark this as the year of the restoration of God’s rule on earth after a 2 520-year break, apparently an extended seventh day. They spend the year patiently waiting for Satan to attack them, thereby bringing about heavenly retribution and Armageddon. When the year passes with only the outbreak of World War I, they go back to the drawing board and decide 1915 is the big year. Advances in computing methods — or perhaps growing caution after repeated wrong calls — increase the gap between their predicted Raptures: 1918, 1920, 1925, 1941, 1975 and 1994.

1919: Meteorologist Albert Porta predicts the conjunction of six planets will create such a strong magnetic current that the sun will explode and consume the Earth.

1967: After the Six Day War Israel consolidates its control over Jerusalem. Rapture-ready groups across the American Bible Belt say that the end is nigh for Gentiles.

1988: The book 88 Reasons Why the Rapture Will Be in 1988 becomes a smash hit with those seeking a reason to sell up and run for the hills. It gives a three-day window between September 11 and 13 as the likely date. When the sun rises on September 14, 89 Reasons Why the Rapture Will Be in 1989 is quickly commissioned. Sadly for the author this does not do as well. There is no third edition for 1990.

1992: The Hyoo-go (Koreans for Rapture) movement breaks it down in a newspaper advertisement: 50-million will die from collapsed buildings; 50 million in earthquakes; 1.4-billion in World War III; and 1.4-billion in a “separate” Armageddon (no details are provided of the other mass extinction).

1993: The Branch Davidian group in Waco, Texas, decides to prepare for the coming Rapture in 1995. After arming themselves, members a knock on the door from the Bureau of Alcohol, Tobacco, Firearms and Explosives. A 50-day siege ensues, ending in a fire that kills 76.

1995: In a surprise move the trusty Jehovah’s Witnesses, who have now predicted the Rapture at least eight times, announce that Armageddon has been “delayed” and the end of the world is “no longer nigh”.

1997: With the millennium and 50th anniversary of the founding of Israel beckoning, predictions flood in. The International Association of Psychics announces that 92% of its members have had the same vision of the end of time, with mankind being killed off in 2001. The Sacerdotal Knights of National Security say they have found the force that will carry out the Rapture — aliens. Apparently an alien captured in Missouri has finally cracked under CIA interrogation (it took some time to find a translator) to reveal that his “people” will attack on November 27. Their plan is to strip the world of its resources and enslave its people.

2000: Virtually every millennial group predicts the world will end at midnight as 1999 ticks over to 2000. With debate still raging over when the Millennium really ended — 2000 or 2001 — it’s difficult to see how predictions could have been so absolute when even the basics can’t be agreed on.

2012: This one is so big it has been made into a blockbuster film. Leaving their calendar unfinished, the Mayans note as their last day December 21 2012. Watch this space.

The Future: Jehovah’s Witnesses are back in the game of predicting, realising that they are losing market share. They have decided that the Rapture will happen on the 6 000th anniversary of Adam’s creation. With the Bible’s close attention to exact dates, this can be taken to mean just about anything.