So, the end of the world has been postponed 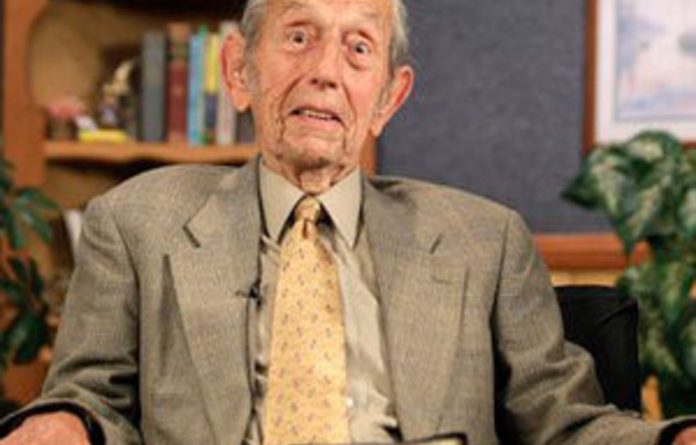 The end of the world has been postponed … to October 21.

California-based evangelist Harold Camping (89) foretold that the world would come to a sudden and sticky end this Saturday past, at around suppertime.

But on May 21, when the prophesied time of 6pm arrived, hundreds of thousands of true believers across the world inexplicably failed to ascend bodily and rapturously to heaven. Equally conspicuous by their absence were the apocalyptic earthquakes scheduled to roll across the globe, bringing ruin to all of civilisation.

This was a source of much dismay among the faithful — some of whom had gathered to see out the world’s final moments in a Braamfontein hotel, and consequently had to deal not only with a frustrating test of their faith, but also a rather steep hotel bill and not a little mean-spirited ribbing from the faithless.

While not presiding over an actual church, Camping — a former civil engineer and current president of Family Radio International — speaks to his followers via his radio network, a religious broadcasting organisation funded entirely by donations from listeners.

Such is their generosity, with assets worth about $120-million, that his network now owns 66 stations in the United States alone. Beyond his country’s borders, however, Camping makes programmes in 48 languages and enjoys the favour of tens of thousands of followers across the globe, including in Turkey and Russia.

‘Spiritual’ Judgment Day
In the wake of the apocalypse-that-wasn’t, the unrepentant preacher has revised his apocalyptic prophecy, saying he miscalculated the date by five months and, in point of fact, Earth’s obliteration would proceed later this year, on October 21.

However, he said that May 21 had been a “spiritual” Judgment Day. He explained that it wasn’t a Biblical Rapture in which the faithful would be swept up to heaven, but rather meant that the entire world was now under Christ’s judgment.

This is not his first mathematical error — the world was also supposed to end in 1994 and he had much to explain.

According to the Associated Press, Camping, who predicted that 200-million Christians would be taken to heaven on Saturday before catastrophe struck the planet, apologised on Monday evening for not having the dates “worked out as accurately as I could have”.

His original idea of preaching to people and saving the masses from damnation has turned rather nihilistic — instead of continuing to broadcast sermons on his radio stations, he feels there’s no point in continuing to warn people about the apocalypse, and so his network will now just play Christian music and programmes until the final end on October 21.

While some of Camping’s followers sold their earthly belongings and booked into hotels — including the South African chapter — social media and the blogosphere started a so-called Rapture bomb. This included staging pictures of piles of clothing to make it seem as if someone had been raptured — which led to amusing images of clothing showing someone who had been raptured off the toilet, while riding a motorcycle, and while walking the dog.

One website, Eternal Earthbound Pets in the US, even offered a service, for a fee of $135, to rescue one pet per residence. “Each Eternal Earth-Bound Pet representative is a confirmed atheist, and as such will still be here on Earth after you’ve received your reward,” says the site. But it clearly states they only save small animals such as cats and dogs. Llamas can only be rescued in certain states.

When the Mail & Guardian contacted the local leader, Johannes Coetzee, he refused to give comment, saying the local branch had decided only to communicate via press conferences, held at its office in Nelspruit.

December 21: That’ll be the day

Rapture 2.0 newsflash: There is no escapism clause

End of the world, part deux: The Rapture’s second coming

NGO threatens to take state to court over lax standards