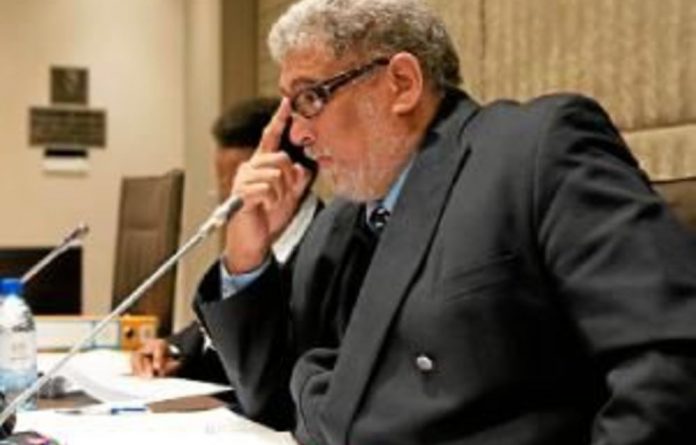 Amid concerns that the controversial Protection of Information Bill is being bulldozed through Parliament, questions have been asked whether the ministry of state security may have had a hand in drafting the ANC’s most recent position paper on the Bill.

The ANC’s second submission came out in April, as discussions of what has become known as the “Secrets Bill” began in earnest.

A search of the properties of the electronic version, of which the Mail & Guardian has a copy, showed that it was written by a person called “Dlomo” and was created on April 7 2011.

One Dlomo close to the legislative process has been Dennis Dlomo, the special adviser to Minister of State Security Siyabonga Cwele. In his capacity as adviser, Dlomo has attended many of the hearings and deliberations on the Bill.

When asked to comment on the fact that the latest ANC submission appeared to have been drafted by him, Dlomo referred the M&G to Brian Dube, spokesperson for the department of state security. Dube said Bills emanated from the executive and from there moved to Parliament to be processed.

However, if there were any requests for further information or clarity from parliamentarians as part of their normal work, the department “cannot ignore the request”. “We assist with the procession of the Bill,” he said.

However, Dlomo did say that his department had, in fact, been the least participatory of departments compared with the way legislative deliberations normally progressed in Parliament. To focus on the role of one person was to continue the “politicisation of the Bill”, he said.

Chairperson of the joint standing committee on state security, Cecil Burgess, said he could not comment on the matter as he had not seen the document. But he said that, to his knowledge, all documents from the ANC emanated from within ANC study groups. Nevertheless, he said, he “wouldn’t read much into it” as committees do, on occasion “take assistance” from officials.

Following the response by Burgess, the M&G approached Dlomo again to get clarity on whether he had at any stage written a position paper or submission for the ANC. The newspaper was referred again to Dube, who said Dlomo had not drafted the document. “No such document has been authored for the ANC,” he said. Dube refused to comment on the matter further without seeing the document in question.

While the M&G did not send the document itself, it did send two screen shots with the properties of the document clearly visible, indicating “Dlomo” as an author. Dube said he had not received the shots. The issue arises amid growing concerns that the Bill is being pushed through Parliament.

ANC members have hardened their position on key matters in the Bill, such as whether it should incorporate a public interest defence clause.

In its current form, the Bill provides severe prison terms for individuals possessing or disseminating classified information, regardless of whether it is in the public interest or not. Opposition MPs argue that ANC MPs are not engaged with the processing of the law and that it is being driven from outside Parliament.

On Thursday morning, following a media briefing on his budget vote speech, Cwele denied that the process was being driven by anything but Parliament. “No, they [MPs] are driving it. I have met the chair of the committee, I’ve had a meeting with the ANC and we are prepared to continue to engage,” he said.

“Our people who are there are there at the invitation of the committee.” Burgess was adamant that the ANC MPs on the committee were sufficiently engaged with the process and were under no undue pressure from outside parliamentary structures.

“You have seen the ANC driving the process,” he said, referring to the deliberations on the Bill.

The party had also done its utmost to ensure that its proposals were consistent with the Constitution, particularly following the input from public hearings, said Burgess. The ANC has agreed to remove the term “national interest” from the Bill, as well as references to commercial information. It has been open to negotiating improved thresholds or tests for classifying information.

At Thursday’s briefing the minister hinted that the ANC was “amenable” to an extension for finalising the Bill, which is currently due to be finalised by June 24. But he remained opposed to the inclusion of a public interest defence because legislation of “general application” could not include such provisions. However, civil society opponents have questioned whether the ANC’s concessions are sufficient.

On Wednesday former intelligence minister Ronnie Kasrils warned in an open letter that the rush by the parliamentary committee to complete the Protection of Information Bill was “worrying” and could lead to “huge problems and unnecessary tensions in the future”.

“What is of concern is that the proposed legislation is excessively broad and unfocused; certain of the penalties (other than that relating to espionage) are consequently extremely harsh; and the crucial need for a ‘public interest’ defence clause is ignored,” he said. “It is not only a matter of media freedom,” said Kasrils.

“The requirements of the poor and needy — of those who are cheated by the powerful, the wealthy or the officials who squander the public purse or who fail in service delivery — can be supported only by a free press, by investigative journalism and research, by lively civic organisations.” Kasril’s statement echoed that of trade union federation Cosatu, which launched a blistering attack on the Bill on Tuesday.

A key concern for Cosatu is that the Bill, in its current form, could deter whistle-blowing by workers, “who are often the ones who have access to, or witness irregularities”.
Cosatu is set to meet senior ANC members to discuss the Bill.

It warned, however, that if major amendments were not made to “protect whistle-blowers and South Africans’ right to access to information of public interest”, it would take the matter to the Constitutional Court.