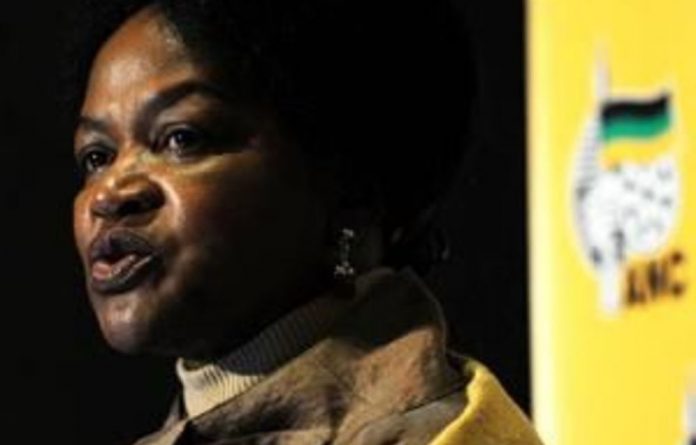 The African National Congress (ANC) will focus on the values of the generation of party members who had passed on, as it turns 100 in 2012, chairperson Baleka Mbete said on Friday.

“Part of what’s going to be continuous engagement … is the history of the ANC, a focus on its values, the values we need to learn from this generation that are going,” she told media at Lilliesleaf Farm in Rivonia, Johannesburg.

“Their discipline, their respect, their commitment … In the study of these individuals, we learn lessons.”

In the last month, the party lost two key players in the struggle against apartheid, Albertina Sisulu and Kader Asmal.

Sisulu died while watching television in her Linden home at 92 and Asmal died in hospital on Wednesday. He was 76.

The ANC’s centenary celebrations begin in July at Constitution Hill, with the high point being the party’s birthday weekend on January 8 2012.

Heads of state from across the continent and the globe were likely to attend the celebrations in Mangaung, Free State.

Mapping out its vision
Events would take place throughout the year, culminating in the ANC’s elective conference, also in Mangaung at the end of the year.

“The celebration of 100 years is about the journey of the people of South Africa fighting to emancipate themselves,” Mbete said. “We think this is a time for South Africa to talk about itself, its own history.”

The centenary celebrations would help the ANC map out its vision for the country in the next 100 years.

This vision would be mapped out at the culmination of centenary activities — the elective conference.

The conference, aside from electing new leadership, would make key policy decisions on South Africa’s political and economic trajectory.

A decision on nationalisation of the mines — as called for by the ANC Youth League — and other policy decisions would be taken at the gathering. — Sapa