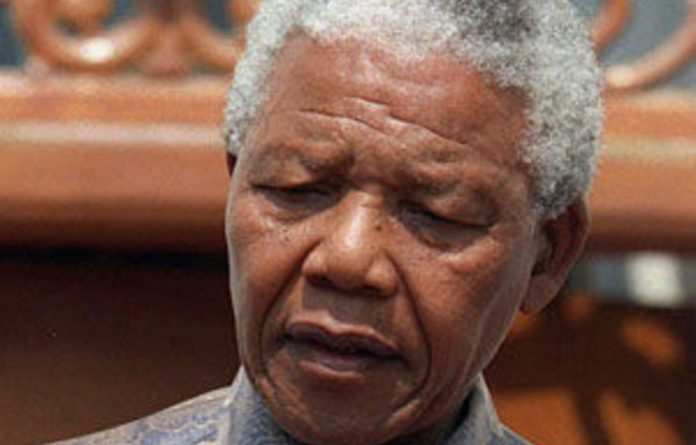 Former South African president Nelson Mandela arrived in Qunu in the Eastern Cape on Thursday ahead of his 93rd birthday on Monday.

Despite retiring from politics, Mandela continued to have an incredibly active life; from launching his 46664 campaign to his tireless campaigning for the world’s poor; he remained an icon to all. Mandela officially retired from public life in June 2004 ,before his 86th birthday, telling his compatriots: “Don’t call me, I’ll call you.”

Media broadcasting trucks were parked in the village on Sunday afternoon ahead of the birthday celebrations.

The increasingly frail Mandela has withdrawn from public life and is rarely seen. Photographers were barred from taking pictures of him upon his arrival at the Mthatha airport, and were told to leave as there was “no story to report on”.

Residents said the fact that the South African flag was flying outside Mandela’s house indicated that he was there.

On Saturday, security guards were on duty outside the Tuscan-style house.

“From the moment Nelson Rolihlahla Mandela strode out of prison on the 11th of February 1990, we knew that South Africa would be a different place,” the president said in a statement.

“He showed us that despite the divisive racial oppression and hardships that this nation had gone through, it is not only possible, but necessary to embrace one another and to reconcile the South African people.”

Zuma said Mandela had laid the foundation for a “solid constitutional democracy”.

“We have achieved a lot, but we must still work further to eradicate poverty and improve especially the lives of children, because Madiba loves them so much.

“Most importantly, we must spread love, ubuntu, humility and selflessness around us,” said Zuma.

“To celebrate Madiba’s life, let each one of us pledge to make South Africa an even better place in every possible way.”

Volunteers and students from schools around Mthatha kicked off Nelson Mandela International Day celebrations in the neighbouring village of Nkalane.

The volunteers renovated a dilapidated hut belonging to Nodanile Mqandelana and his destitute family.

Khwezi Mpumlwana, CEO of the Nelson Mandela Museum, said this “act of kindness” served as a practical lesson for young people around Mthatha.

Mpumlwana said last year a rondavel — where Mandela had once lived in Mqekezweni village — had been renovated.

On Monday morning, preservations of the ruins of the Mandela’s old school in Mqekezweni would begin.

Some Qunu residents said they were not involved in planning for the elder statesman’s birthday.

“Previously, we would by this time be slaughtering sheep and we would be briefed by our chief Mandla [Mandela] on how the festivities of the day will unfold, but that has not happened this year” a relative, Silumko Mandela said. – Sapa