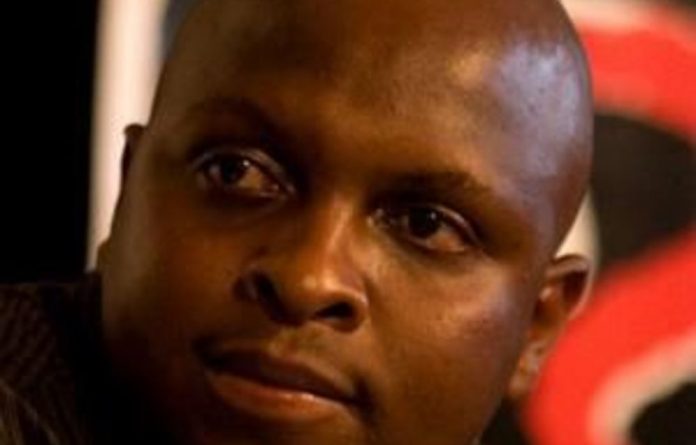 Hacking into the ANC Youth League’s website is an easy matter — based on their disregard for web security, a senior information technology expert told the Mail & Guardian on Tuesday.

The latest hacking attacks on the league’s website occurred on Sunday and Monday this week.

In the first attack, the words “HA HA HA I have a 16 million rand house And all of you don’t” appeared next to a banner bearing the face of league president Julius Malema. On Monday, the hackers superimposed the faces of Malema and African National Congress president Jacob Zuma on to a poster for the movie Dumb & Dumber.

The site has been hacked five times. One featured a “resignation letter” from Malema.

Another attack had a photograph of Zuma manipulating the strings of a Malema puppet.

The latest attacks on the site follows revelations in City Press alleging Malema profited from his part in organising government tenders in Limpopo for businessmen.

Web company Unwembi administers the league’s website, as well as that of the ANC and has been doing so since 1996.

Hacking made easy
Dino Covotsos, director at Telspace Systems, told M&G on Tuesday that the ANCYL’s website offered little or no resistance to hackers.

“Based on the number of times its been defaced in the past, [it’s] fairly trivial [to hack]. To be honest, it doesn’t seem like they are too concerned with information security breaches. From the number of times the website has been defaced, their internet service provider and the actual website owners don’t really care to make it a priority,” Covotsos said.

“The ANC website uses a shared host and as far as I am concerned the ANC website, or server, has the same security issues as the ANCYL website or server,” he said.

“There are some right-wing white people who are always hacking that website — even the web developer has said such people are doing that,” Shivambu said.

Shivambu said there were plans in place to prevent breaches in the future.

“The developers are trying to find security for the website and they will do that successfully,” he said.

Lone ranger
Duncan Harford, business development manager at Unwembi, told the M&G they were working on tracking down the hackers, but had not yet been successful.

“I can’t say how many hackers there are but it seems there is primarily one skilful individual whom we can’t track, based on the insecure hosts they use,” Harford said.

He said that both the league and the ANC websites were secure and not vulnerable to hacking.

“Any website is susceptible to hacking. They have been trying to hack since day one and we have been largely successful in preventing them from happening and will continue working on finding the current culprits,” Harford said.

Harford also disputed Shivambu’s comments on the race of the hackers.

“You can’t ascertain the colour of a person from an IP [internet protocol] address, so, no, I never told Floyd it was white people,” Harford said.