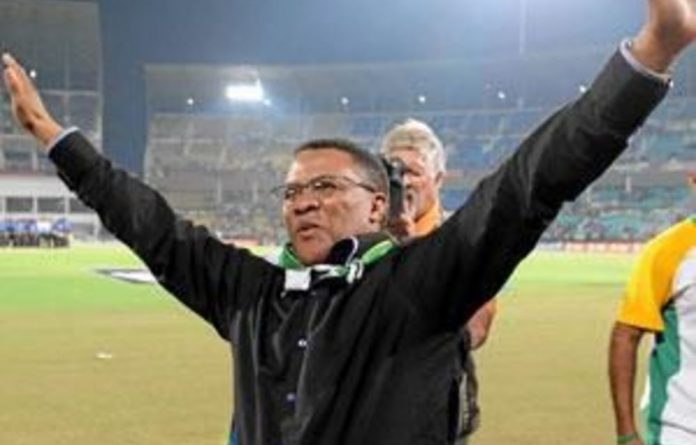 The more Cricket South Africa (CSA) and its chief executive, Gerald Majola, try to draw a line under the financial scandal that has dragged the sport through the mud for a year, the more it seems likely to continue.

The KPMG forensic audit concluded that Majola was in breach of his fiduciary duties as a director during the time under investigation and that he was unable to provide legitimate business reasons for large amounts of travel and related expenditure, including flights for his children, paid for by CSA.

The chief executive of the South African Sports Confederation and Olympic Committee, Tubby Reddy, said this week that CSA should appoint an independent person to consider what steps should be taken regarding the allegations against Majola.

“The main issue revolves around allegations of non-disclosure of funds based on the Companies Act,” Reddy said.

“An independent person will need to advise CSA on whether or not action should be taken, what options it has in taking action, and whether or not its decision will stand up in court.”

‘Wholly and absurdly incorrect’
One of the central and recurring themes of the investigation was the relationship between Majola and his chief financial officer, Don McIntosh. During questioning, Majola repeatedly claimed that McIntosh — who resigned from his position in July last year — made financial decisions that he merely ratified. He even claimed that McIntosh was the de facto tournament director of the 2009 Indian Premier League (IPL) tournament, which was played in South Africa.

McIntosh has furiously denied this, the Mail & Guardian has learnt, and wrote to the KPMG auditors this week to make it clear that the opposite was, in fact, the case.

KPMG’s own findings would appear to vindicate McIntosh’s version of events — it discovered that Majola had attended a meeting with the IPL in London on June 18 2009 by himself, in spite of the fact that McIntosh was also in London at the time.

“If McIntosh had, in fact, been the de facto tournament director then we would have expected him to attend,” the report states.

Majola also told the auditors that McIntosh, as the CSA’s financial expert, had dealt with the allocation of bonuses and that he had merely “signed them off”. According to McIntosh, this led KPMG to the “wholly and absurdly incorrect” conclusion that he had determined his own bonus as well as that of Majola and other staff.

Insubordination
McIntosh has maintained a strict silence on the matter, but said this week that the continued misrepresentation of his relationship with his former boss had altered his stance. He said his change of heart began when he was accused of playing no part in CSA’s internal inquiry, led by its vice-president, AK Khan. In fact, he had interrupted a family holiday to make himself available for an interview and was questioned for more than two hours.

“There comes a time when diplomatic silence has run its course,” McIntosh told the M&G this week. “A perception has somehow been created that Gerald and I had a cosy relationship in which we would have a coffee and decide how much to pay ourselves in bonuses. That can’t be further from the truth.

“We had a very formal employer/employee relationship, which became strained. When I asked whether he had, or needed to have payments authorised by an appropriate committee, or by the president, he would either confirm that he had, or he was dismissive.

“As our working relationship continued, my questions led to accusations of ‘insubordination’ from Gerald.”

“I would have resigned some months earlier than I did but for the sake of continuity at CSA and for my desire to see the fulfilment of a number of projects, such as the memorandum of understanding with the players,” he said

‘Soft target’
McIntosh said he believed that he had been a “soft target” since his resignation and that a lack of knowledge among cricket followers about the “procedure” for awarding bonuses to tournament directors of major events had created a perception that he might have “taken the money and run”.

“I have written to everybody in every relevant committee, I have made myself available for every interview, I have spoken to KPMG for as long as it wanted me to and I have emails and documents to back up everything I say. I am a bean-counter after all,” he said.

“If I was tournament director of the IPL then why was Gerald’s bonus so much bigger than mine? I was the financial man for CSA. I did the spreadsheets, I entered the numbers and formulae that I was told to by the chief executive officer.”

McIntosh said that he had certain concerns and when he no longer felt able to address them he quit, with three months of his contract still to run. He said he was paid a “normal” bonus for two tournaments CSA staged successfully and which he was led to believe had been legitimately processed and authorised.

But he said he had been “increasingly marginalised” and was unable to clarify or question anything that he, as the chief financial man, was unsure or uncertain about”.
Majola declined to comment, saying that the case was sub judice.