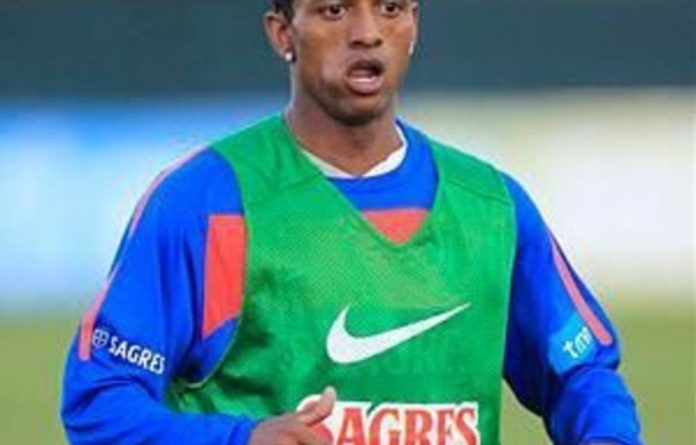 Manchester United underlined their determination to hold off the challenge from title rivals Manchester City as Nani’s last-gasp winner clinched a 3-2 victory in the Community Shield on Sunday.

But United had been the better side for much of the first period and the champions tore into City after the break, equalising thanks to goals from Chris Smalling and Nani before the Portuguese winger snatched the stoppage time winner.

It was the perfect way for United, who have won this curtain-raiser to the English season four times in the last five years, to conclude their pre-season programme ahead of the start of the Premier League campaign next weekend.

Ferguson has always played down the significance of the Community Shield, but the bitter memories of last season’s FA Cup semi-final defeat against City provided United with more motivation than usual.

A confident start
England winger Ashley Young, making a confident start after his move from Aston Villa, took advantage of his license to drift infield to link up with Wayne Rooney and advanced to a threatening position before Lescott came across to block the shot.

This may have been a friendly in name but the derby factor and a feeling that FA Cup winners City will be the main challengers for United’s title gave an added spice to the occasion.

Some of the tackles were laced with venom and City defender Micah Richards was lucky to avoid becoming a rare Community Shield dismissal as he caught Young with a nasty studs-up lunge.

In among all the aggression, Ferguson’s side looked the more cohesive unit. Yet it was City who opened the scoring against the run of play in the 38th minute.

David Silva was the provider with an inswinging free-kick and Lescott, edging in front of Rio Ferdinand, found just enough room to glance a header past De Gea, who was caught flat-footed as the ball came in.

Nani saw a free-kick deflected just wide as United tried to hit back but City were transformed. A previously disjointed attack buzzed with menace and Dzeko increased their lead in first half stoppage time.

Better second
If De Gea was partly at fault for the first goal, the Spaniard will surely feel he should have done much better with the second.

Dzeko took possession 25 yards from goal and, when United’s defenders backed off, the Bosnian tried his luck with a long-range effort.

There was power and swerve in Dzeko’s strike but De Gea should still have saved it. Instead he dived late and the ball flashed past his out-stretched arm.

Ferguson made three changes at half-time, hauling off Ferdinand, Nemanja Vidic and Michael Carrick, and United were back in the game within seven minutes as Dzeko undid his earlier good work.

When Young curled in a free-kick, Dzeko allowed Smalling to run free and the defender had yards of space to volley past Joe Hart from close-range.

United had rediscovered the verve that swept through City for much of the first half and they equalised with a breathtaking move in the 58th minute.

A fine finish
Nani started it with a pass into Rooney and the England forward clipped the ball onto substitute Tom Cleverley, whose measured return allowed Nani to burst past Hart and lift a fine finish into the roof of the net.

With no extra time it looked like penalties would be needed to settle the tie as the four minutes of stoppage time wound down.

But there was a sting in the tail as United punted a clearance down-field from a City corner.

Nani was the only United player anywhere near the ball and he evaded Vincent Kompany’s weak attempted tackle, sprinted clear to round Hart and slotted home the winner with virtually the last kick. — AFP

Real will get back on track in first Wembley visit – Zidane