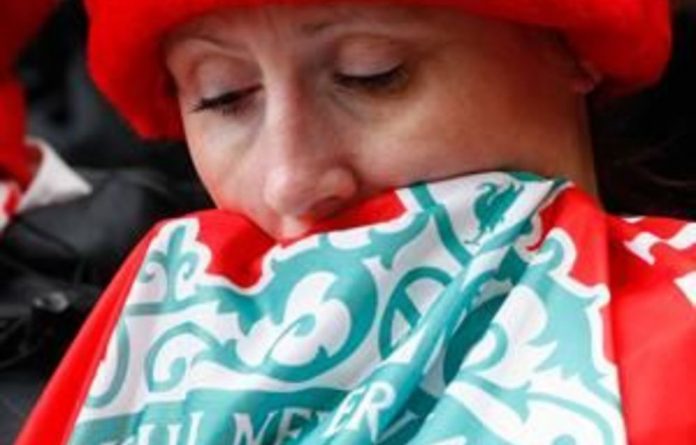 Disturbing footage of the stage collapsing at the Indiana Fair — leaving at least five people dead and another 40 injured on Saturday — has been doing the rounds on the internet.

The following videos may not be suitable for sensitive viewers

During a sudden storm the stage rigging was unable to withstand strong winds, and collapsed, trapping some members of the audience.

Reports have suggested there was no way the accident could have been predicted, but it is not the first time an entertainment event has ended in disaster. Engineering shortcuts, greed or negligence that leads to safety regulations being ignored and a lack of crowd control have usually been to blame, and it seems that people are doomed to repeat these mistakes.

Here, we round up some of the most notable recent tragedies.

The Who concert, Ohio: 1979
This tragedy had a lasting impact on the way concerts are organised in the United States. The organisers of the indoor concert advertised “festival seating” — where tickets did not correspond to specific seat numbers or areas. Many audience members arrived early, long before the show’s start, while doors to the venue were still closed. When the band started to warm up, those at the back of the crowd — desperate to get good positions for the show and thinking that the band had started playing — surged forward, unaware those in the front had nowhere to go. The crush left 11 people dead. After the incident, this type of seating arrangement was banned in the Ohio, and in many parts of the US.

The Hillsborough disaster has become one of the best-known sporting tragedies, and is referenced often in popular culture. It also caused safety regulations for sporting events to change in the UK. The incident took place during a football match between Liverpool FC and Notttingham Forest. A traffic hold-up caused many fans to arrive late for the match, and, after kickoff, there were still 5000 people rushing to enter the stadium. Police and security attempted to alleviate the crush of people by opening more gates and entrances, but this backfired, as the terraces quickly became overcrowded, with people crushed against the barriers intended to control the crowds. It took a while for others to notice the tragedy unfolding, as the game was already underway. 96 people died and 766 people were injured.

Shoddy building maintenance was blamed for the collapse of a fourth-floor dancefloor, which gave way during a wedding reception in Jerusalem in 2001. Over 300 guests were present at the wedding when the floor suddenly collapsed. At least 25 people were killed, many of whom were below the floor when it collapsed. The groom survived with minor injuries, while the bride suffered major fractures and needed surgery.

Ellis Park disaster, Johannesburg: 2001
The stampede at Ellis Park during a soccer match between Kaizer Chiefs and Orlando Pirates was the worst in South African history, with 43 people losing their lives in the incident. Overcrowding, where an estimated 90 000 people had been allowed into the 60 000-seat stadium, has been blamed, with security personal accused of accepting bribes to allow people without tickets into the stadium. At some point soon after kick-off, part of the crowd surged forward. Some have claimed that tear gas was used to control the crowd, causing more panic. The game was halted. The whole incident played out on live TV.

Ten years earlier, a stampede at the overcrowded Orkney stadium during a match between the same two teams killed 42 people, after a referee’s decision angered the crowd.

Fire and fireworks are common elements at concerts these days, and are usually managed by professionals. During a concert in 2003 at the Station nightclub, a stray firework set flammable insulation in the club’s roof alight, and the fire quickly spread through the packed venue. It took a while for crowds to realise the flames were not part of the show. Because of the materials used in construction, it took less than six minutes for the venue to become a deadly inferno. Over 100 were killed, with many more badly injured, either through burns, smoke inhalation or crushing. Blame has been attributed to the club owners and event organisers for packing the venue beyond its capacity, and for not ensuring that there be more than one entry and exit point into the club.

The mistakes that resulted in such devastation at the Station nightclub were repeated when a firework was set off indoors at the Lame Horse in Perm, Russian Federation, in 2009. The resulting fire and stampede — to the single exit — led to the deaths of at least 109 people.

The Love Parade, one of Berlin’s biggest festivals, took a tragic turn at the event in 2010 when 21 people were killed after a stampede in a tunnel. The annual event attracted up to a million revellers to Berlin, and was intended as a celebration of dance music and dance culture, which culminated with a parade through the streets of Berlin. Tragedy struck when police blocked off the tunnel entrance to the festival area. Those entering the tunnel could not see that its exit had been blocked, and continued to push forward, while others rushed to try leave the tunnel as it became more congested, and chaos soon ensued. After the stampede, police decided not to shut down the event, realising more panic may cause another stampede, and many there did not know about the incident until the festival was over. The Love Parade has been cancelled for the foreseeable future, in honour of those who died. Police have been heavily criticised for their handling of the incident.