So much talent, so few readers 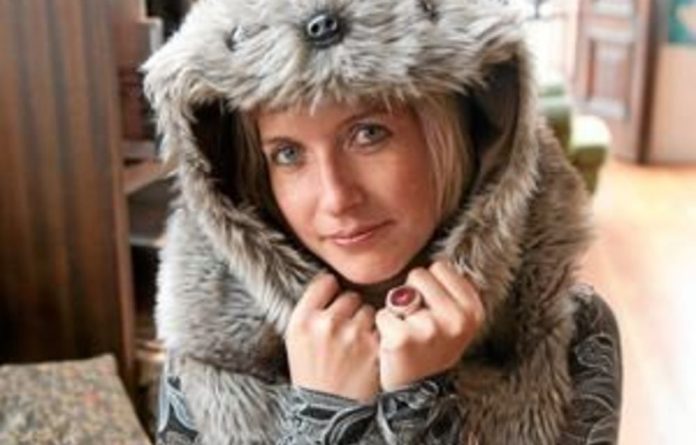 Two things can be said emphatically about the South African novel in English since 2000: it has burgeoned into life in a myriad lively shapes and styles and the reader of serious literature in South Africa is an endangered species.

That this situation is paradoxical is precisely the point.

In the 1970s and 1980s, the indefatigable local publisher Ad Donker was given to remarking, “In South Africa, everyone’s a poet — but no one reads poetry”, or words to that effect. He meant, of course, that he was getting more manuscripts than he could cope with, but the books he was putting out weren’t selling.

The situation today is worse, if anything. Roughly a 100 books (novels, poetry, short story anthologies, nonfiction works) are published locally each year.

This appears to imply a healthy state of affairs. But my discussions with authors and publishers suggest otherwise. Selling more than 2 000 copies of anything puts a South African author in the “bestseller” category. One prominent and innovative publisher gloomily remarked to me recently that if a concerted effort is not made to attract sustained funding for local literature, the thinning out of the shelves in major bookstores and the narrowing down of publishers’ lists to a few authors likely to pay their way would continue.

No such thing as bad publicity
The state of reviewing of local literature is similarly dire. At a recent literary conference, a notable senior academic was heard to remark that there had been almost no response to his magnum opus (not a novel, it must be added, but I think the point holds). A colleague cautiously responded that she had seen a review, but it was rather critical. Would he like her to send it nonetheless? His response was an enthusiastic “Please! Any notice is better than nothing at all.”

I have often quipped to my University of Johannesburg (UJ) colleagues that serious literature (in English or other languages) is the new Latin: fewer and fewer people know how to read or understand it and still fewer think there’s any point in trying to decipher it. A colleague from a neighbouring institution told me that, recently, a student knocked on her door and politely inquired whether she had to read the whole of the novel that was being taught. To her credit, my esteemed colleague put a positive spin on it: “I couldn’t help being fascinated,” she said, “about what part of the novel she would have chosen and what sense she would have made of the novel from the fragment she had read.”

And the chagrin of a bright young master’s student in the UJ English department is also revealing: he is researching the representation of gay identity in recent South African fiction and was deflated to discover that one of his key texts — an award-winning, groundbreaking novel — had not even touched the magic 2 000 copy sale mark yet, after several years on the market.

So, we have a situation in which two antithetical trends hold: there is an abundance of vital, funny, unusual, genre-busting new literature, and fewer and fewer people are taking any notice of it. To deal with the positive aspect first: here is my list of writers (mainly novelists) active in the past five or so years who deserve more attention.

Not to be missed
Top of my list is Ivan Vladislavic, with Portrait with Keys (2006), and Double Negative (2010). He, quite simply, is going from excellent to superlative. Finuala Dowling (Flyleaf, 2007; Homemaking for the Down-at-Heart, 2011) is also just getting better and better and her poetry (Notes from the Dementia Ward, 2008) is the best I’ve seen in years.

Damon Galgut’s The Imposter (2008) brought to fruition all of the promise of his earlier novels, and Michiel Heyns (Bodies Politic, 2008; Lost Ground, 2011) and Imraan Coovadia (High Low In-between, 2009) are also just getting into their stride. Deon Meyer, in English or Afrikaans, is unputdownably brilliant (Thirteen Hours, 2010), and Lauren Beukes’s imaginative verve (Moxyland, 2008; Zoo City, 2010) is unparalleled in recent South African fiction. (Beware: her novels will come to occupy a permanent, rather haunting space in your mind).

And she does have some company: bold and zany debutants Zinaid Meeran (Saracen at the Gates, 2009), David Dinwoodie Irving (African Cookboy, 2010) and James Clelland (Deeper than Colour, 2010) all burst onto the scene at around the same time, making prize-judging a perilously close-run affair.

Imaginative reality
I’d also want to smuggle some “nonfiction” in, because it’s in this area that some of the most memorable contributions are happening and because decidedly novelistic techniques are being used to boot. I’d single out Jonny Steinberg (Three-Letter Plague, 2008), Chris Marnewick (Shepherds and Butchers, 2008), Jacob Dlamini (Native ­Nostalgia, 2009), Rian Malan (Resident Alien, 2009), Kevin Bloom (Ways of ­Staying, 2009) and Antony Altbeker (Fruit of a Poisoned Tree, 2010), as they are all using innovative and arresting ways of conveying their “faction”.

And David Medalie’s and ­Henrietta Rose-Innes’s short stories (The ­Mistress’s Dog and Homing, both 2010), fine recent collections that point to the resilience of the short-story form in South African literature, simply cannot be overlooked.

To return, finally, to the gloomier of my two propositions: the decline in readership. Reading serious literature is hard work, especially for those — the vast majority — whose brains are simply unaccustomed to the rigours involved.

There will be more and more students who will ask whether they have to read the whole novel (or who’ll just mug up on summaries the evening before the exam), and fewer and fewer people parting with their cash at the bookstore till.

As is the case with the country in all of its facets, there is an abundance of talent and vitality in South African literature. Valuing it — even if this means being critical and demanding — is vital, but the relentless downward spiral into “aliteracy” and indifference first needs to be reversed.

Craig MacKenzie is professor of English at the University of Johannesburg. He will chair “Aspects of the South African Novel”, September 3 from 4.30pm to 6pm, at the Laager Theatre. The panellists will be Karabo Kgoleng, Leon de Kock and Jane Rosenthal