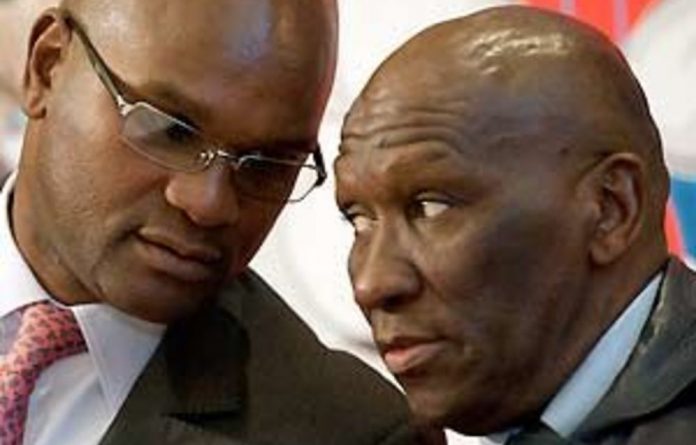 Crime is down according to statistics for the past financial year, and people who don’t believe the good news are “cynics”, Police Minister Nathi Mthethwa told the Mail & Guardian on Thursday.

Murder rates, attempted murder, common assault, robbery, hijackings and arson had all decreased in the last year, they said.

“We cannot say we are seriously winning the war against rape,” admitted Mthethwa.

He acknowledged that rape statistics were not usually accurate, as rape “based on international trends, is often under-reported”.

“Eradication of violence targeted at women and children remains one of our key priorities,” said Mthethwa.

The minister said that the police had reintroduced units dealing specifically with family violence, child protection and sexual offences throughout the country in the past year to try to improve the reporting of crimes against women and children.

Although acknowledging that rape levels remained “unacceptably high” Mthethwa did say that government was beginning to win the war against crime in general.

‘The tide is turning’
“The 2010-2011 financial year crime statistics confirm our assertion that indeed the tide against crime is turning and that police, joined by society, are gaining the upper hand against vicious criminals.”

Cele echoed sentiments that violence against women was often under-reported as it happened within families. He said the establishment of child and sexual offenses units were there to encourage people to report crime.

“By and large it should not be a shame to report crime even if it is your own relatives [involved]”, said Cele.

No tricks
Dr Chris de Kock, the head of the police’s crime research and statistics unit said murder was one of the most reliable statistics as all corpses were recorded. “There is no under- or over-reporting,” he said.

Mthethwa praised the government, saying the fact that murder had decreased from 27 000 in the 1994-1995 period to less than 16 000 “indicated that government is succeeding in its efforts”.

Attempted murder dropped by 12.2%. De Kock said that the attempted murders often went hand in hand with robberies, and because robberies had decreased so had the attacks associated with them.

“We believe that improvements in both our detection and conviction rates are a significant contributing factor to this decline, as is our approach to increasing police visibility and targeted, visible interventions by the police.”

“Crime is down not because of the descent of the holy ghost into criminals,” agreed Cele. “Some people have worked for it.”

‘We did our homework
Dr Johan Burger, senior researcher for the Crime and Justice Programme at the Institute for Security Studies, told the Mail and Guardian that the institute had been working hard over the past three weeks to verify crime statistics, due to the cynicism with which they are often met.

“We did our homework,” Burger said.

The ISS looked at figures from Grant Thornton, the South African Banking Risk Information Council, the petroleum industry and the Consumer Goods Council. He said all indicators showed crime was indeed down.

“It is drastically reduced in some cases.”

Business Against Crime (Bacsa) President Lorinda Nel said that the decreases “are in line with the figures we calculated”. Bacsa studied figures from the insurance industries, banks, the motoring industry and the petroleum industry.

Both Burger and Nel put the decreases down to better partnerships between police, private security firms and business.

ATM alert
Nel said, however, that the increase in ATM bombings concerned her.

Cele said as police turned up the heat in one area, criminals moved to another. He explained that ATMs were soft targets often in small shopping malls or petrol stations.

Many police were killed while chasing down ATM bombers, he added.

Gauteng still crime central
He was also concerned that Gauteng accounted for 50% of all reported crime in South Africa.

Gauteng Provincial minister for community safety and security Faith Mazibuko told the M&G that she saw “No light at the end of the tunnel” with regards to Gauteng being the heartland of South African crime.

But she added “We must keep working and all putting our shoulders to the wheel”. She said more needed to be done to curb drug abuse in schools among young teenagers and she said there had to be a clampdown on illegal shebeens.

On a positive note, Mthethwa said 49 of the 50 most wanted criminals had been caught.

One “elusive scoundrel is still at large” but he assured the public that the police were in “hot pursuit”.

In closing, Mthethwa said victory against crime was “now an achievable goal. But this year’s crime statistics tell us that we must never be complacent and say our work is done.”