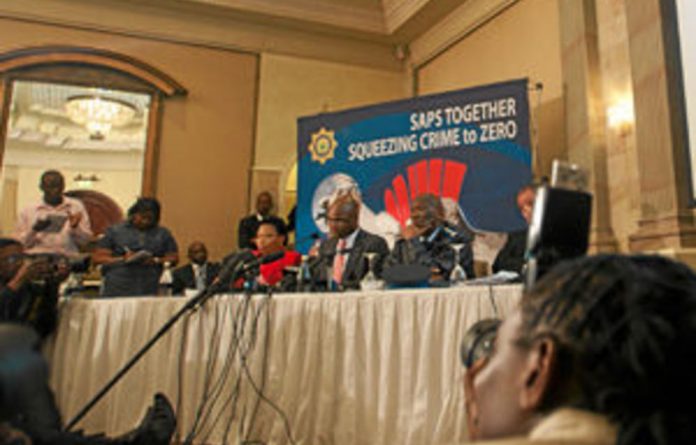 The number of murders in South Africa declined by 6.5% in 2010/2011, with 15 940 cases being recorded, according to annual police crime statistics released on Thursday.

Releasing the statistics in Pretoria, Police Minister Nathi Mthethwa pointed out that during the 1994/1995 period the annual murder rate in South Africa stood at 27 000.

Although investigations had been launched into the manipulation of crime statistics in the Western Cape and KwaZulu-Natal, Mthethwa told the Mail & Guardian he did not doubt the “credibility” of the crime statistics at hand.

In the period under review, from April 2010 to March 2011, attempted murders had fallen by 12.2%, whereas assault with intent to inflict grievous bodily harm had dropped by 4.5%. Robbery with aggravating circumstances was also down by 12%.

Mthethwa said although house robberies had increased dramatically two years ago, this category had declined by 10% to 16 889 cases during the period under review.

“Our engagement with the insurance industry reflects that they, too, have started to witness the impact of this decline,” said Mthethwa.

Although there was a decrease of 3% in sexual offences, Mthethwa said it was an area that still required focused attention. “We are mainly concerned about the number of rapes that occur in the country. The number of reported rapes still remains unacceptably high.”

The number of reported rapes rose from 55 097 to 56 272 and Mthethwa said the crime was often not reported.

The statistics also show that 94 police officers were killed in the line of duty — a slight decline from the previous year’s figures of 110.

Christiaan Bezuidenhout, professor of criminology at the University of Pretoria, emphasised that South Africa still had some of the worst murder statistics in the world, especially for a country not at war.

“We still have a very high murder rate. Farm murders are not placed in one specific crime category, but the murder rate of farmers is 72 to 75 per year out of an active population of 37 000 to 39 000,” said Bezuidenhout.

“They say 110 police officers are murdered a year, out of a service with 190 000 members. It is a much higher risk to be a farmer than a police officer.”

Bezuidenhout said he believed that the statistics were not presenting the public with a clear picture. “Why do the crime statistics come out so late?” he asked. “They should come out during the financial year, but they come out six months later.”

The different policing strategies used during last year’s Fifa World Cup also had to be factored into the statistics, said Bezuidenhout.

“All World Cup issues were dealt with immediately in separate courts and were handled very effectively and quickly. We don’t know what effect this had on the crime statistics.”

Johan Burger, senior researcher at the Institute for Security Studies, said it was highly relevant that ATM bomb blasts had risen by 61.5% in 2010/2011. There had been 399 bombings compared to 247 the previous year.

“What this tells me is that criminals are looking for easier targets. Bank robberies dropped to their lowest levels since 1997, as did cash-in-transit heists, which fell by 18.7% to 291. Criminals moved their attention to ATMs because they are now considered a soft target.”

National police commissioner Bheki Cele told the M&G that Gauteng still remained South Africa’s crime heartland, accounting for 50% of national crimes. But he stressed that crime in the province was down by 12% year on year.

Cele said that a problem was the “migration” of crime from larger to smaller centres where there was less visible policing.