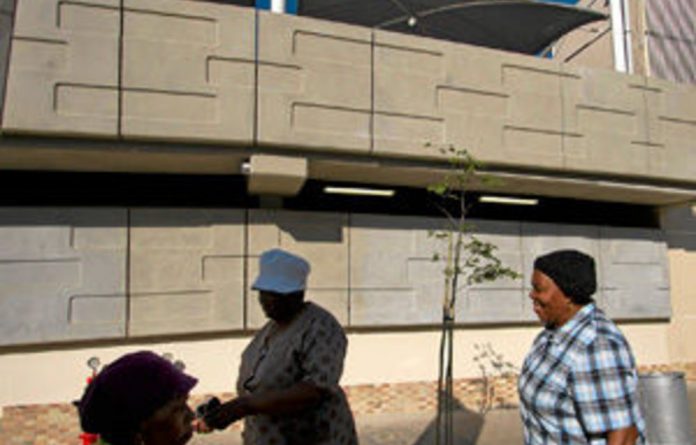 It has been more than a month since the latest phase of the Gautrain was opened to the public.

Johannesburg and Pretoria have moved closer to each other and the new system, despite some cable theft and electricity-related hiccups, is successfully funnelling airport and business travellers along its tunnels and viaducts, binding Gauteng into a better networked and accessible province. It is undeniably a public asset and success.

This is important because public transport creates more democratic cities and most residents are able to leave the private enclaves of their cars and homes and travel with one other to anywhere they desire. Access to the city is empowering and the Gautrain has made tough Gauteng an easier province to live in, particularly for those in its catchment area.

In so doing, the Gautrain has sought to ease traffic congestion, improve travelling times between Johannesburg, Pretoria and OR Tambo International Airport and, ultimately, function as a high-quality public transport option. Phrases such as “state of the art”, “modern”, “rapid” and “safe” are used extensively by Bombela, the Gautrain management and construction company, in promoting the system.

All refer to a successful engineering project but there is a need to look at the impact the Gautrain has had on the cities it serves, and whether the system could have been better planned and built to bring significant change to the way the cities and their people work and relate to one other.

Mind the gap
At an urban level, the Gautrain has increased property prices around almost all stations, with new developments and buildings going up, most notably in Rosebank and Sandton. Still lacking, however, is a well-designed and effective pedestrian experience around the stations, which would make using the Gautrain more enjoyable.

Even basic public infrastructure such as benches, wide pavements, public art and planting is missing and, although these might come with private developments, they should have been integral to the urban design planning and architecture of the Gautrain stations from the beginning.

Furthermore, amenities such as coffee bars, mini-marts, food vendors and toilets are also completely divorced from the experience of taking the train. Bombela has argued in the past that commuters should move in and out of the station quickly without loitering to ensure the efficiency of the system.

The results of these decisions, however, are characterless stations, often devoid of life and activity, disconnected from their contexts.

Unfortunately, the stations do not work better because of this either. Awkward entrances and unclear movement routes slow the commuter anyway.

A chance to bring the city to life
This is disappointing because Bombela had the opportunity to use the Gautrain as a rallying point for the need to embrace public space, which is so vitally important in South Africa’s disconnected and disparate cities. Worldwide, public transport hubs are the heart of a neighbourhood or city.

The life of the city radiates from this central point, and they are centres of activity, street culture and buzz. It is imperative that the developer — especially when public funds are involved — is cognisant of this and becomes responsible for the quality of public space produced. Similarly, it is equally important that the public should demand it and that public transport is a public-driven process, not one that is dictated by a consortium of private interests.

The architect also has a role in championing the best possible development of the city. There should be no space for ill-conceived architectural artefacts, particularly in the case of a project the size of the Gautrain.

Take the Rosebank station, for example. Built at the end of a large, vibrant pedestrian thoroughfare, connected to the malls and leafy streets of Rosebank, the station had the opportunity to embrace the district, opening up towards it and inviting pedestrians in. Instead, it presents blank walls, and entrances act as obstructions placed in the middle of the pavement, clad in dreary tiles and capped off with awkward, enormous white roofs — the only visible attempt at an architectural language.

The disconnected, sanitised and highly controlled design of Gautrain stations also seems to reflect an organisational attitude that transcends this architectural expression, evident in the flash-mob stunt last year, which led to the arrest of the frivolous “no pants” commuters, , and the ban on chewing gum, singing and any form of consumption on the train.

A monument to dullness
The responsibility also rests with the developer and city residents not to force a compromise in architectural quality with often selfish, not-in-my-backyard demands, resulting in blights such as the Oxford Road Gautrain parkade. This strange building, with its heavy concrete ramps and walls adorned in shade cloth, appears to be a monument to the glory of shade cloth.

Cities are vibrant melting pots of culture, societies, economies and opportunity. South African cities should embrace their people by facilitating living and urban activity instead of seeking to control its citizens in a nanny-state fashion.

Architecture should also have a better relationship with the city, not by denying its existence but by responding to the street, public space, pedestrians and economies. The Gautrain could have represented this new approach to “cityness” where, through public transport, architecture and the city could provide quality public space, significant public amenities, economic opportunity and an architecture that speaks of a new, better-connected Gauteng.

Guy Trangos is a Johannesburg-based architect and writer