Why I still dream of rainbows 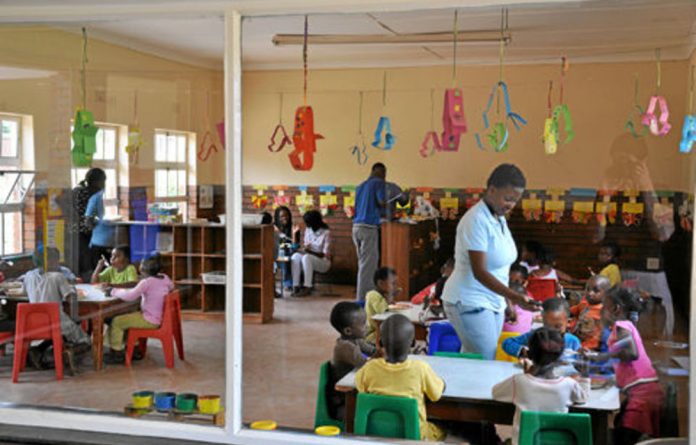 Two things caught my eye at a bookshop in June: a newspaper report on the passing of former education minister Kader Asmal and Jonathan Jansen’s title We Need to Talk.

I bought copies of both and prepared myself for a journey of mixed feelings. I guessed some of Jansen’s insights would resonate with the challenges we face working among children and communities in a rural section of North West province. What took me by surprise, however, was the encouragement I felt — so much so that I’ll risk taking Jansen’s invitation literally and offer my own thoughts about the conversations happening across our land on educational failure.

I have a letter dated 2001 sent to me by an aide to Asmal. The aide was responding to an unsolicited application I had made to work for his department. It was a dream I had cherished for seven years.

I began teaching in the mid-1990s. I had just finished my initial teacher training and moved from the Eastern Cape to Pretoria so that I could savour the momentous moves of democratic transition and the promise of racial reconciliation that, depending on one’s perspective, seemed alternately to be bursting with possibility or balanced on a knife edge.

Given my own experience of apartheid’s absurd social dislocations, I now found myself doing the unimaginable. On April 27 1994 I was allowed to cast my first vote as a young South African in as unlikely a place as I could imagine, the Klooster Saal at the University of Pretoria. I felt as though I was partaking of some forbidden fruit, exercising a choice and my very own portion of political power in the heartland of a closed regime. Then, on May 5 1994, when my future contributions to help build the rainbow nation felt as clear and limitless as the blue skies stretching above, I joined a joyous crowd on the lawns in front of the Union Buildings and witnessed first hand the thrill of Madiba’s inauguration.

Talk about the rain and the rainbow
Jansen’s first page ends with the urgent appeal that “more than ever … we talk about the rain and the rainbow, the hope and the despair”. It was in much the same spirit that, seven years after South Africa’s remarkable transition and having embraced life’s new opportunities as best I could, I introduced myself to the minster of education and offered to serve our people through his office.

It was not an entirely unreasonable hope — that he might be intrigued by my offer. I had recently been fortunate to complete a course of graduate studies in comparative and international education at a well-regarded British university and had tried to hone skills and insights that might assist in the massive challenges of transforming the lives of needy children in South African schools.

“[The] Minister of Education has requested me to thank you for your letter of 8 January 2001. Your letter has been referred to the Director General: Education from whom you may expect a further response,” the letter I received read. When no follow-up arrived, did I feel disappointed? Yes, bitterly so. I felt all competent candidates, no matter their background, should be allowed to make their contribution. But my time had not yet arrived.

After another seven years, I was the one on the receiving end of an unsolicited letter of interest. George Harris was leading a most unusual educational venture in the North West province: as headmaster, and in partnership with Bafokeng community schools, he was driving the start-up of Lebone II College. The challenge was this: How might one school in a dusty corner of South Africa act as a funnel of excellence to improve teacher competence in 50 neighbouring schools?

The Bafokeng
The dream of changing educational opportunities for the most vulnerable of South Africa’s youth hadn’t disappeared from my frustrated mind — the embers still flickered faintly. What fanned things into flame was the story I now heard of the Bafokeng, which had held on to its land through a combination of exceptional traditional leadership, the good offices of some 19th-century missionaries, and the obscure, possibly even mythological patronage of none other than Paul Kruger, the last president of the ZAR — the Boer-ruled South African Republic.

But, despite the potential wealth of this platinum-rich nation, the combined and deep legacies of colonialism and of apartheid — as well as, it’s been claimed, of post-1994 rural neglect — seem to continue.

This neglect shows itself in the ongoing failure of educational delivery every day in countless classrooms. Poor teaching limits thousands of young people’s livelihoods, creating a damaging cycle of low levels of literacy and numeracy, unemployable skills, lack of opportunities and poverty.

Remember Jansen’s words: “[We need to] talk about the rain and the rainbow, the hope and the despair.” One change I have seen is in teacher education. Last year, in part because of my involvement with this rural North West community, I participated in a Rotary International group study exchange to the United States.

My interest was to investigate educational reforms in impoverished contexts. I looked at how schools can be set up to give the most vulnerable sections of youth high-quality education and so close the gaps between middle-class norms and those of children raised in a multigenerational cycle of educational neglect.

My first finding, unsurprisingly, was that even in the toughest schools the quality of teaching is directly proportional to the learning a child experiences. Great teaching makes a huge difference.

Secondly, time and again, I saw the benefits of early interventions. The sooner poor children are exposed to highly professional, nurturing and stimulating teachers, the better their chances are of functioning in a normal range of literacy and numeracy skills relative to their middle-class peers.

When the 2010 annual national assessment (ANA) results for South African schools were released in June, the sickening reality of failing public policy was evident yet again. The entire educational system is unstable, to say the least. On the one hand, we had a mystifying 7% increase in the 2010 matric pass rate at the end of an education year horrendously disrupted by the World Cup and the public service strike. On the other hand, the ANA results showed a decline in the literacy and numeracy skills of the current grade six cohort over its years of schooling.

“We don’t need another commentator”
It becomes more and more difficult to trust the system or the many good people involved in making our public education system work. But we’ve known all this for years now. We don’t need another commentator like me sounding off about the woes of structural inefficiencies; we need better teachers in the worst-performing schools getting things right, particularly for the youngest children.

So when things begin to fall apart, in what appears to be an accelerating way, what should one do? “Look past the rain” would be Jansen’s advice. And mine too. Join forces with those who are investing in poverty.

Earlier this year, after many months of tenacious advocacy from energetic do-gooders in Connecticut, US, and in South Africa, a Rotary International-endorsed $75?000 grant kicked in. This grant enabled early childhood practitioners from a small number of pre-schools in the North West to visit counterparts in impoverished communities in Bridgeport, Connecticut.

The multiplier effect of great teaching
From our side, early childhood teachers who work at a crucial stage of vulnerable children’s development were enriched through their exposure to best practice in Connecticut early childhood development and are now participating in an ongoing programme of teacher education. The multiplier effect of great teaching causing better learning means many generations of rural North West children will benefit.

So thank you to a former education minister for saying “not yet”. I could not bear the thought of growing old, feeling marginalised and unable to invest in poverty.

Thank you to Professor Jansen for giving voice to the urgency of the essential conversation. He has stirred our imagination about how educators and others can avert the terrible imaginings of a failed state.

Thank you to Rotary International for the global good you do for the most vulnerable on our beautiful planet. But most importantly, thank you to the Royal Bafokeng, whom I am humbled to serve in our joint venture of making a better nation.

Murray Thomas is the deputy principal for academics at Lebone II College of the Royal Bafokeng, Phokeng, in the North West province.