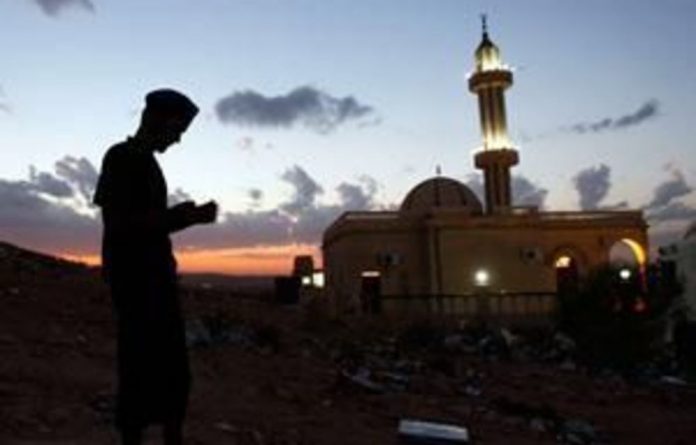 Nato allies would like to let the National Transitional Council (NTC) claim victory in these battles and war for itself. That would enhance the council’s legitimacy as the new ruler of Libya after Gaddafi’s four decades in power, and bolster the chances of a stable democracy taking root in the country.

But the European governments that led Nato’s air campaign in Libya also need to remain long enough and engaged enough to make sure the success so far is not diminished by a messy withdrawal. If Nato quietly stepped aside but fighting restarted, that would diminish Europe’s standing in Libya and tarnish a campaign that has been seen as a success for Europeans.

To achieve this, experts say, Nato forces are keen to cut back the bombing campaign that was instrumental in giving the NTC a military edge. Instead, Nato will likely step up other operations such as surveillance and air support to eliminate any remaining weaponry that could threaten peaceful transition. Nato declines to comment on its immediate operations.

“As we approach the endgame, it is very clear Nato’s role will become very much the eyes and ears of the NTC, rather than the hammer,” said Tim Ripley, a London-based military expert at Jane’s Defence Weekly.

“The next phase in Libya will amount to a more deliberate mopping up of the country as the NTC moves to establish their control and presence.”

One problem is that Gaddafi’s remaining loyalists are in Bani Walid and Sirte, which are densely populated. That makes it risky to try to bomb them because of the danger of civilian casualties.

Nato, argues Shashank Joshi, an analyst with the Royal United Services Institute in London, lacks sufficient intelligence to allow it to pinpoint targets in Sirte and Bani Walid without endangering civilians.

“We are in a fortress situation where the city is under siege. If you don’t know that a particular building is being used as a school or a mosque, even the best intelligence won’t give you the details,” he said.

“In Tripoli, you had rebels, you had [Western] special forces, networks of resistance. We don’t have that kind of information in Sirte or Bani Walid. So targeting is inherently difficult.”

To a degree, battle conditions with Gaddafi’s remaining loyalists necessitate a change of operational approach because of the limitations of Nato jets’ firepower which is to dangerous to use, said Ripley.

“Gaddafi forces are no longer using tanks and artillery that were easier to hit and identify. The NTC is using infantry to drive Gaddafi’s forces from building to building,” Ripley said.

“Both sides are operating in such close proximity that differentiating between the sides is difficult. That makes it very difficult to use air-drop weapons [bombs].”

Experts say other constraints also complicate Nato’s operations in Sirte and Bani Walid as its military commanders plan how to fulfill the alliance’s United Nations mandate in Libya to protect civilians during the civil war. So far, Nato secretary-general Anders Fogh Rasmussen has said, there are no confirmed cases of civilians being killed by Nato power, although alliance officials say some cannot be ruled out.

Complications, tactical shifts
Human rights organisations have called on the alliance to lean on NTC fighters to do more to protect civilians as worries mount for people trapped in Sirte.

Desperation is growing in the besieged city as civilians try to flee the battle, both sides are accusing each other of endangering civilians, and aid agencies say a humanitarian disaster is looming because of shrinking supplies of water, electricity and food.

“Nato has significant influence over the actions of [NTC] forces,” said Peter Bouckaert of Human Rights Watch. “And needs to use it to ensure that the NTC meet their legal obligation under international law [to avoid civilian casualties],” he said.

Another challenge for Nato, Bouckaert added, was preventing NTC forces from taking action against civilians they suspect of siding with Gaddafi loyalists.

“It is essential that those civilian populations, even if they are pro-Gaddafi, do not suffer from vengeance,” he said.

Nato officials acknowledge difficulties they are facing in Gaddafi’s last strongholds but have given little indication of how much firepower the deposed leader has at his disposal, other than “small logistical and mobility capabilities”.

“Their actions are limited to tactical initiatives in isolated pockets, representing a fraction of Libya’s territory and population,” said Nato spokesperson Colonel Roland Lavoie. “They don’t control many access routes within Libya. The mission is not yet over but the end is near,”

Focusing on Gaddafi loyalists’ access routes to supplies or way out of their strongholds might be an important part of Nato tactics in the near future, military experts said.

“A very big role Nato can play is to dominate the terrain, the roads outside of town,” said Ripley. “They can enforce the siege but they cannot finish off Gaddafi forces. They can prevent them from rebuilding, replenishing or escaping.”

Already, Nato figures from recent days show the alliance’s targeting has focused on storage and command facilities and less on tanks and artillery assets.

Outside of Sirte and Bani Walid, Nato forces will likely concentrate on hunting down any weaponry left behind by the Gaddafi regime, experts said.

“There is a lot of kit left in the country,” said Douglas Barrie, a military aviation specialist at London’s International Institute of Strategic Studies. “The bombing campaign didn’t destroy all of the regime’s military capacity by any stretch of imagination. We didn’t have enough aircraft, we didn’t have enough time.

“I suppose the [Nato] thinking is they don’t want to leave any credible rump of military capabilities that could cause problems for the transitional council.” – Reuters