Zuma: Malema is (still) not the boss of South Africa 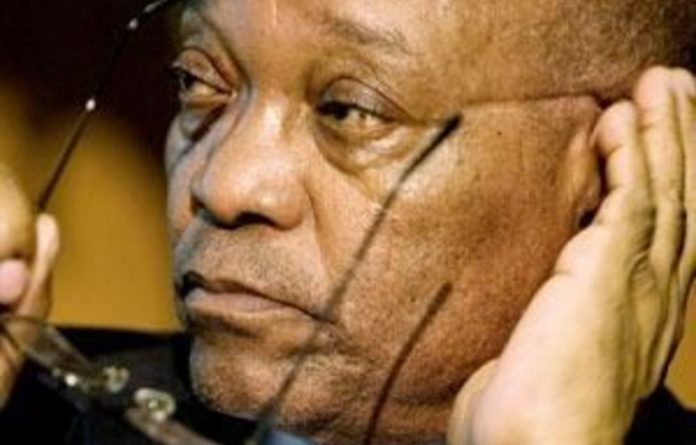 While evading questions on the arms deal and the Dalai Lama, President Jacob Zuma has taken the time to insist ANC Youth League leader Julius Malema is not in charge of SA.

“The African National Congress (ANC) and government are in charge,” he said during a business breakfast in Sandton on Monday morning, organised by the New Age newspaper and the SABC.

The session was intended to give the president the opportunity to update the country about progress Zuma’s administration had made since the state of the nation address, at the start of the year.

Zuma said they had tried to control the ANC Youth League leader following his public utterances, and that the ANC had taken action against him because it felt he was getting out of control.

He was however quick to point out the ANC would not stop its leaders and members from raising issues.

Malema had made public statements about the nationalisation of mines and expropriation of land without compensation.

They were brought after comments that the ANCYL would help bring about regime change in Botswana. The six were also accused of sowing divisions within the party.

Dalai Lama? Not my problem, says Zuma
At the business breakfast, President Jacob Zuma said he did not know whether the Dalai Lama’s South African visa would be approved.

“The department of international relations and co-operation is dealing with it. I don’t know what will be the final thing. I don’t think that you can get a definite answer from me,” said Zuma.

The City Press reported the Tibetan spiritual leader would be told on Monday, and in order not to displease relations with China he was unlikely to be granted a visa, according to an unnamed source in the department.

The Dalai Lama was invited to attend archbishop emeritus Desmond Tutu’s 80th birthday celebrations, to be held this coming weekend.

He had previously applied for a visa two years ago, but was refused one.

Zuma said it was unfair for people to ask him whether the Dalai Lama would be granted a visa or not.

“I don’t know whether I should answer this question because there are departments that are dealing with. How do I know?”

In arms way
Zuma also said he would soon be releasing
further details on the arms deal commission of inquiry.

“We will release further details as soon as we have concluded the preparatory process,” said Zuma.

Zuma recently announced he would set up a commission of inquiry into South Africa’s controversial multimillion-rand arms deal.

The commission’s terms of reference still had to be released, and it was not yet known who would preside over inquiry.

He said people who have been calling for an investigation into the controversial arms deal should thank him for instituting the commission of inquiry. — Sapa

The president was answering questions before parliament, where he also told the EFF to allow the courts to decide on the matter of the CR17 bank statements
Read more
Politics

MPs can’t seem to stop the house from degenerating into screaming matches, even during virtual sittings, as exhibited when the deputy president answered questions in the NCOP on Wednesday.
Read more
Politics

EFF leader Julius Malema says the party is preparing to govern in many municipalities from next year. It is also launching a programme to defend the rights of farm workers
Read more
Politics