Tutu: I wish I didn’t have to be such a ‘rabble-rouser’ 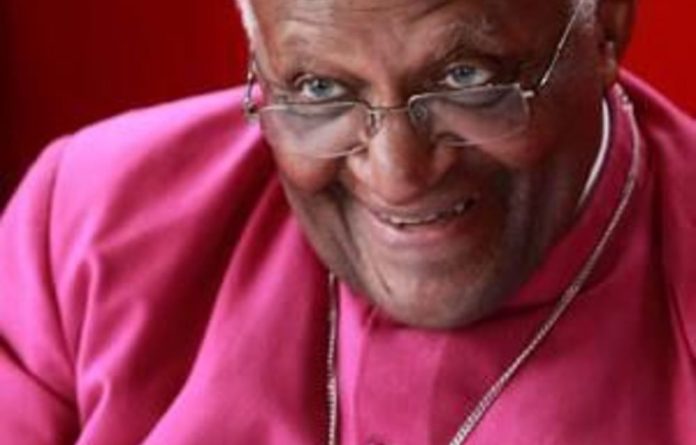 Archbishop Desmond Tutu, who turns 80 on Friday, says he’s still skewering South Africa for falling short of its own democratic ideals, but he wishes his “rabble-rousing” was not needed.

The Nobel Peace Prize winner, known fondly as the “Arch”, is at fresh odds with authorities whom he has blasted as worse than the apartheid regime for kowtowing to trade ally China by not issuing a visa to the Dalai Lama for his birthday.

For a man revered as a moral beacon, his role as government critic should be a seasoned one, but Tutu said “you never sort of feel that it is familiar, so much as you wish it wasn’t necessary”.

“But one was deeply distressed that the government which came into power because oppression and injustice had been gotten rid of — and therefore it would be a government that would have welcomed everybody — that they should have done this.”

Tutu invited his close friend the Dalai Lama to give an inaugural lecture at his peace centre, but the exiled Tibetan spiritual leader cancelled his visit after Pretoria failed to grant him a visa on time.

After years of fighting tirelessly for all-race democracy, the response has sparked sadness and anger, with a tinge of personal insult.

“Ja, except that you see I have a thick hide,” he said, visibly tired but frequently bursting into his trademark laughter.

“I had quite a lot of practice in the apartheid days but ja, one does say maybe they should have said ‘ag man, he’s going to be 80, let’s be nice to him’.”

But he was not surprised by the response from the ruling African National Congress under President Jacob Zuma.

“In a way I am not surprised, I’m saddened. If I had been a member of the ANC I doubt if they would have done this,” he said.

Tutu said his relationship with the presidency had done a U-turn since Nelson Mandela’s time as the first democratic leader.

“We had a very very amicable relationship. I would pick up that phone and say I want to speak to him and I would be put through to him in a flash, and if it was not possible, I knew that he would return my call,” said Tutu.

Even his successor Thabo Mbeki returned calls. But not Zuma.

“I had this as if it were a hotline … and maybe that spoiled me.”

“I haven’t had it with this present one. So we keep our distance,” he added, before laughing once more.

With admirers as diverse as U2 frontman Bono to US President Barack Obama, Tutu takes his iconic status with a pinch of salt.

“Imagine standing in front of a mirror and saying, hey man, I’m an icon, do you know that?” he joked, saying Mandela does not wake up and ask, “What am I going to do to justify my being called a moral colossus?”

“I don’t think any one of those people who may be given those positions reckons that that is what they are. You just go on and do what you believe is right. Well it’s up to people to make their judgments what is the significance of your contributions.”

Besides, his family is there “to puncture any bloated opinion I might have of myself”.

So far a terrible advertisement for retirement, Tutu plans to slow down from next year, but says he won’t stop fighting injustice.

“I’m not going to say no. When you are given the Noble Peace Prize, it doesn’t really belong to you. Or, in a way, you can say it makes you answerable to the world. The world has a piece of you, you owe it to the world to use that stature which the peace prize grants you to try to make this a better world,” he said.

“It’s a great privilege, it’s a great honour that people think that maybe your name can make a small difference.” — AFP