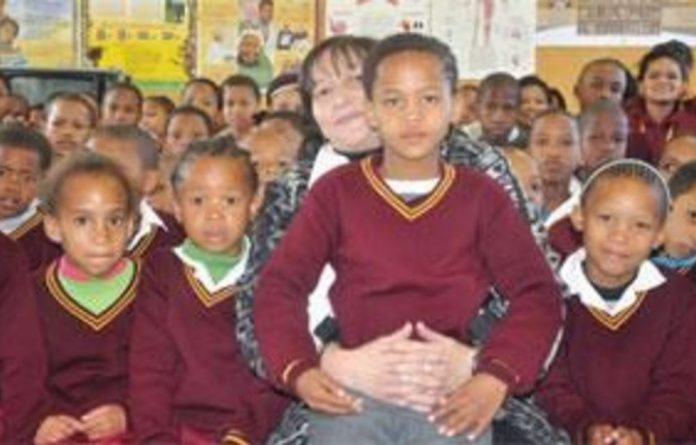 A busy year has unfolded for the Northern Cape provincial government as it has notched up achievements in various sectors including education, health and sport.

Premier Hazel Jenkins, who has led the province since 2009, this year focused on nitty-gritty issues to ensure local development. Jenkins and her government most recently hosted the international Maloof Money Cup Skateboarding Championship at the start of October. Skateboarding enthusiasts gathered for three days as the provincial government embraced skate- boarding as an official sport.

The provincial government had secured the rights to host the Maloof Money Cup which is the world’s richest skateboarding championship. This year’s prize purse totalled R3.75-million. “It was an incredibly breathtaking occasion which has thrilled young and old locals. The province was entertained and held spell-bound by the world’s best professionals in the sport of skateboarding,” said Premier Jenkins.

“It took two years of hard work and negotiations to bring this event to our country and our province did not disappoint. We now have one of the best skate parks in the world and this will be rolled out to all the districts in the province. The benefits of the skate park will be accessible to all our communities and will contribute to healthy and active life- styles for our young people.”

The province’s sports indaba held in August meanwhile focused on assisting athletes to reach the top of their game. Pauline Williams, the province’s MEC for sport, said at the indaba in Kimberley, “We need to rekindle and reposition sport and recreation to what it is suppose to be: producing elite athletes and creating vibrancy amongst our communities and people”.

Road show
High school learners received a confidence boost for the future as the provincial government rolls out a student financial assistance and awareness campaign in October. Its aim is to inform locals about financial assistance and bursaries available for post-school studies from the Northern Cape provincial government. Local officials plan to visit schools during October. They will interact with grade 12 learners and inform them about opportunities available to them.

Monwabisi Nkompela, spokesperson in the premier’s office, said that the aim of this campaign was to “encourage further studies amongst the youth as well as assist them with information on how to apply to tertiary institutions”. “Through this initiative the local government also wants to address the shortage of skills that exists and give support to learners to take up study in these areas and to plough back their skills that are critically sought,” said Nkompela.

“This initiative also opens up avenues for students to study, knowing that they will be able to take up employment opportunities at the provincial government on completion of their studies. “The provincial government sees as very critical the need to assist students who sometimes cannot further or complete their studies due to a lack of finances. This is also in line with ensuring that we build a suitably qualified and skilled youth.”

Study finance
Officials will provide learners with information about various study opportunities that can be funded by provincial government via a bursary or loan. Bursary and loan forms will be available at all high schools and at local municipality offices. The provincial government’s health department has also made available a number of educational bursaries to Northern Cape residents. Bursaries available for next year are in various health professional careers including pharmacy, clinical psychology, optometry, medicine, oral hygiene and radiography.

Mxolisi Sokatsha, the province’s MEC for health, said that professional health education is on the rise locally. As an example, 62 nursing students were enrolled at the Henrietta Nursing College in July. This new intake of nursing students was drawn from all five of the Northern Cape province’s districts. The students are set to complete a four-year course that will lead up to their registration as a nurse in general, psychiatric, community and midwifery healthcare.

Strong healthcare
Andrid Scholtz, spokesperson for the health ministry, said that this was part of the department’s plan to strengthen local health services. “Government has made health- care a priority for the next five years and it is pleasing for us to witness the injection of a group of future nursing professionals into our healthcare system with the aim of increasing the number of qualified healthcare professionals in our province,” said Scholtz. “This in itself will also translate into improved quality of healthcare as well as more accessibility of health-care, especially in the rural areas of the Northern Cape province.”

Scholtz said that the Cuban Medicine Programme meanwhile addressed the “shortage of doctors within the province”. “It also affords matriculants who don’t meet entrance requirements into medical schools at South African universities the opportunity to pursue their medical studies in Cuba. It is almost a decade that medical training of South African students in Cuba has been going on. This programme is a culmination of a series of bilateral discussions between the South African and Cuban governments,” said Scholtz.

The provincial health department has 22 medical students on the Cuban programme. Ten students completed their studies in Cuba this year and returned to South Africa to commence with their final clinical years of study at a South African university. This forms part of their curriculum so that they can be recognised by the Health Professions Council of South Africa and ultimately practice as medical doctors. The provincial government will this year also open a new mental hospital in Kimberley. Dawid Rooi, the provincial MEC for roads and public works, said that the purpose of building a new mental hospital was to “improve our health services and the lives of our people”.