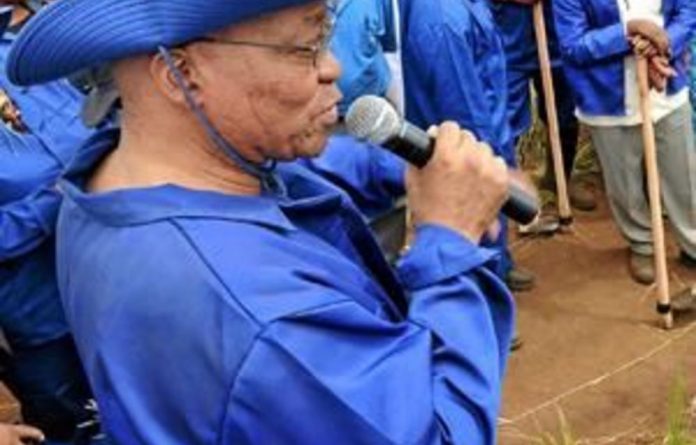 A rural development project in Nkandla, chaired by President Jacob Zuma, has drawn fire for being ill-conceived and for allegedly bullying government departments for donations.

Critics from the government and non-governmental organisations complained that the Masibambisane rural development initiative would not survive without donations from private-sector heavy-hitters, such as mining magnate Patrice Motsepe and the agriculture department, which had donated material worth R3-million. Department spokesperson Selby Bokaba confirmed that it planned to replicate the project in other provinces.

A senior department official, who asked not to be named, voiced concern about whether the project was appropriate for other communities. “It’s the old co-op system and the big issue around co-ops is whether skills are created on the ground and the local farming community is empowered.”

The official said the project owed its success to politically motivated external contributions that were “so extravagant that Masibambisane clearly has no prospect of being replicated on a meaningful scale”.

The 550-hectare rural project also depends on local chiefs donating land, which Zuma has organised. He co-founded the project with Deebo Mzobe, a relative who is a businessman in KwaZulu-Natal.

“Since he and the president started the project Mzobe is the one who is always hands-on since the president is busy with state business,” said Masibambisane’s spokesperson, Londiwe Ndlovu.

Mzobe said he started the project because he wanted to help his family, which had no prospect of employment. He spoke to Zuma about the initiative after starting it and the president wanted to become involved in his private capacity. “It was to improve food security in the area.”

Mzobe said Zuma had donated part of his salary to get the project up and running and he had done the same.

In August The Times reported that an SMS doing the rounds was questioning alleged requests to directors general in several government departments for donations and accusing Mzobe of using bullying tactics to extract money.

“Who is Mr Mzobe? I hear he is the frontrunner for the president, securing the president’s retirement through farming in the country under the project called Masibambisane. Does the president need this for his retirement? How can the president send [Mzobe] to bulldoze DGs to give funds for his personal project?” the SMS asked.

The presidency did not respond to questions, but Bokaba said Zuma chaired Masibambisane as a community member. “The project is managed by the chiefs in the affected area, with Mzobe being the co-ordinator on their behalf,” he said.

Bokaba described Masibambisane as a uniquely South African project in which rural communities, through their tribal leaders, initiated local development projects “without any external involvement”.

“The communities in Nkandla and Mlalazi realised that the government was [too] overstretched to provide them with support to deal with their food security needs, so they decided to mobilise their own resources. These initiatives have created about 20 000 seasonal jobs.”

Asked about the agriculture department’s donation of bean seed and fertiliser worth R3-million in the past season, as well as other external funding, he insisted that the community’s hard work had attracted the investment. Bokaba confirmed that the department wanted to replicate the project and was “mobilising” communities in the Eastern Cape, Mpumalanga and Limpopo that had “appealed to the minister for support after seeing the good achievements of Masibambisane”.

Communities had to contribute the necessary resources and take total ownership of their initiatives before the department would become involved, he said.

Neither the department nor the Masibambisane Trust would name individual business donors or the size of their donations. But the department’s newsletter reported that “business people, including Patrice Motsepe, have pledged their lucrative assistance in the form of tractors, cows, goats, chickens and many more”. Mzobe said Old Mutual and AgriSA had also come on board.