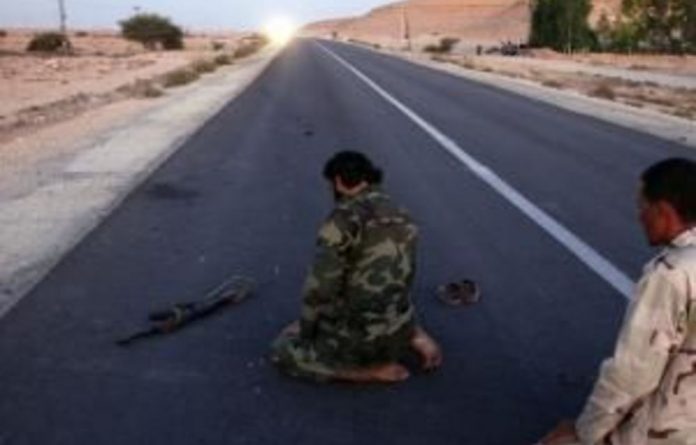 Libyan transitional government forces said on Thursday they had captured the last positions held by Muammar Gaddafi’s loyalists in the deposed leader’s home town of Sirte.

“Sirte has been liberated. There are no Gaddafi forces any more,” said Colonel Yunus Al Abdali, head of operations in the eastern half of the city. “We are now chasing his fighters who are trying to run away.”

Another front line commander confirmed the capture of the Mediterranean coastal city, which was the last remaining significant bastion of pro-Gaddafi fighters almost three months after the ex-leader was overthrown by rebels.

Libya’s new rulers have said that only once Sirte has fallen would they declare the country’s liberation and begin the transition to an elected government after 42 years of Gaddafi’s iron-fisted rule.

“We believe there are four to five important people inside,” eastern front operations chief Wesam bin Hamaibi said after a meeting of top commanders on Saturday.

“We are sure that [Gaddafi’s son and national security chief] Mo’tassim and [ousted defence minister] Abu Bakr Yunis are inside,” he said.

“We also believe that Seif al-Islam [another of Gaddafi’s sons] and Gaddafi himself are possibly inside.”

An NTC fighter said troops advancing from the eastern and western sides of the neighbourhood had met in the centre as they pressed their final assault, which already saw the capture of the adjacent Dollar neighbourhood on Tuesday night.

Midnight manoeuvres
“In the middle of the night we took control of the neighbourhood,” said NTC fighter Abdul Basht.

“Now the fighters from the west and the east have mixed and have filled the neighbourhood,” he added.

“We are conducting house-to-house searches and cleaning operations. We have captured many important people. There is hardly any resistance from the Gaddafi forces. The major fight is over.”

When NTC fighters overran Gaddafi forces’ penultimate bastion, the desert oasis of Bani Walid, southeast of Tripoli on Monday, his loyalists simply melted away leaving the victors to capture only small numbers of African troops.

NTC fighters suffered heavy losses in the battle for the last enclave of Gaddafi forces, an area that by late on Wednesday had been reduced to less than a square kilometre.

Sirte happens
The Sirte neighbourhood had been completely cut off by the besieging NTC forces who controlled the entire seafront of the Mediterranean coastal city as well as all of its landward sides.

NTC chief Mustafa Abdel Jalil said Libya’s new rulers would compensate the wounded as well as the families of the more than 25 000 people killed during the eight-month uprising.

“Families of the martyrs, the wounded and the fighters themselves will be compensated,” he said, urging Libyans to be patient, however, because of lack of funds.

Sirte once had 100 000 inhabitants, almost all of whom have fled. Fierce artillery battles and heavy gunfire over the past month have not left a single building intact, while looting has become commonplace as NTC fighters take their revenge on the Gaddafi bastion.

Residents angered
Among the few natives of Sirte in NTC ranks, anger at the destruction wreaked on their home city by their comrades runs deep.

“We are not happy about what has been happening in our city. It is the only city that is getting so much destruction,” said Ibrahim Alazhry.

The close quarter fighting in the final battle for Sirte left little scope for Nato to offer air support as part of its UN-mandated operation to protect civilians. The alliance carried out no air strikes at all on Wednesday, it said in its latest update. — AFP, Reuters