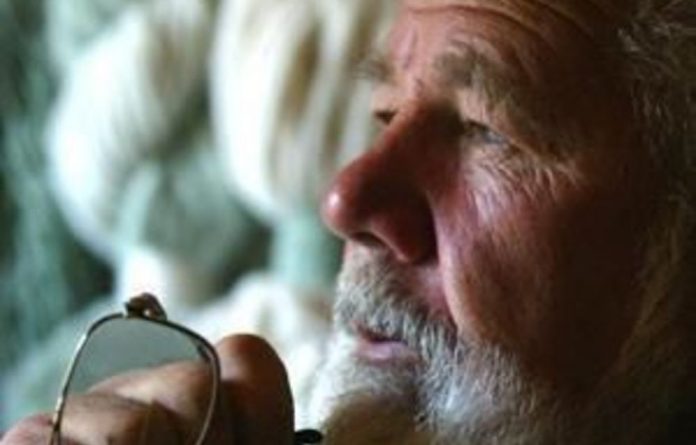 The fluid on former Afrikaner Weerstandsbeweging leader Eugene Terre’Blanche’s genitals that appeared to be semen was gone when his autopsy was conducted, leaving the state pathologist mystified.

Pathologist Dr Ruweida Moorad told the Ventersdorp Magistrate’s Court on Thursday that fluid seen in photographs on Terre’Blanche’s genitals looked like semen but when she did the autopsy, there was no sign of it.

Moorad said she could not confirm what was on his genitals but said it is possible for a man to ejaculate shortly after death because of muscle contractions in the genital area.

Moorad conducted the autopsy in April, a few days after the murder which occurred on April 3 2010.

A 16-year-old teenager and Chris Mahlangu have both pleaded not guilty to murder of the right-wing leader.

The teenager’s lawyer, Norman Arendse, argued that police had perhaps tampered with the scene. Arendse said if a police officer had wiped off the semen, it was an “obstruction of justice”.

Moorad said it was possible that it had been wiped off.

Arendse has hinted at the contamination of evidence before, when police could not prove that all officers wore gloves when entering the farmhouse where Terre’Blanche was found murdered.

Terre’Blanche’s nose and his ribs and sternum were broken and his jaws were fractured in multiple places. Moorad told the court that his face was “swollen and distorted”. There was blood in his ears, his brain showed bruised and a piece of his skull had been pushed into his brain.

She said the first blow to Terre’Blanche’s head would have rendered him unconscious. This corroborated testimony given on Tuesday by the blood spatter expert Ian Van der Nest that Terre’Blanche did not move after his head was hit.

The cause of death was blunt force trauma to the head and neck area, said Moorad. After the first blow he was beaten multiple times.

Under cross-examination Moorad said that it was “highly unusual” for a state pathologist not to be called to the scene.

On Wednesday, the police officer Bobby Sephiphi told the court he had not taken a swab of the fluid on Terre’Blanche’s genitals, nor did he take the underwear hanging near Terre’Blanche’s bed for evidence.

The defence counsel has argued that police did not collect the evidence properly and there is no proof of the body fluid and underwear belonging to Terre’Blanche.

Following Moorad’s testimony, the trial was postponed until the January 30 2012 and it will run for ten days.