SA can pull mining out of the dumps 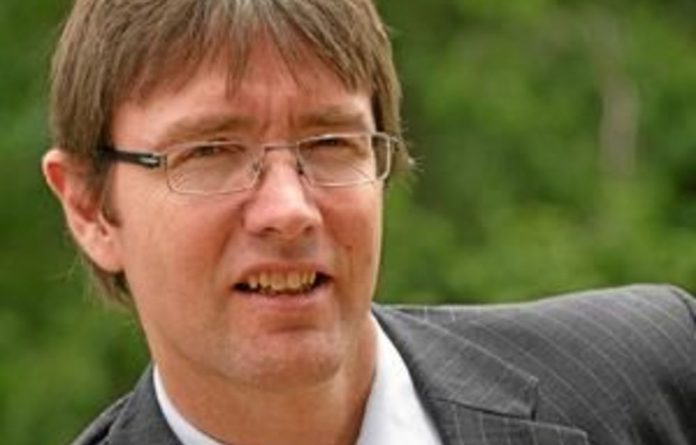 The mining industry is in the dumps. It has been shedding jobs, there has been steep falls in diamond and gold production and overall production in the year to August dipped 4% despite a 12% rise in primary commodity prices.

There is broad public consensus that the country missed the recent resources boom, losing investment to countries such as Canada, Australia and Chile. The value added in South Africa’s mining sector was flat between 2001 and 2008, compared with 12% growth in Chile. And investment growth, according to the medium-term budget policy statement, averaged 7% a year during the past decade, compared to Australia’s 24%.

The social licence to mine — safety of workers, environmental rehabilitation and community development — has become heavier and is the one area that has been flagged by the National Planning Commission for more attention.

So when Roger Baxter, the outgoing senior strategy executive of the Chamber of Mines, announces that he is trading his 19-year career in South Africa for an equally senior role at Rio Tinto Alcan in Canada at the end of this year, the alarm bells ring.

But he takes offence to the inference that, like many investors who have bypassed South Africa for a listing in Toronto, he is bailing out because of the many uncertainties.

“I’m not jumping ship or deserting South Africa,” he told the Mail & Guardian this week. “I’ve had an incredible journey in the South African mining industry and with the chamber. However, I have an excellent offer at a global level and it is time to open a new chapter of my career. I believe South Africa has a positive future and I am not abandoning all my South African roots.”

Baxter has been through the boom and bust cycles of South African mining and has watched the industry and its players evolve. He says he leaves knowing there is a road map until 2020 to pull the sector, which has been listed as a growth area in the New Growth Path, out of its depression.

Baxter says the industry associated with acid mine drainage and many miner deaths is one of the past. “That was an industry that was unregulated for almost a century. Now you’re looking at an industry with a different kaleidoscope: one which is environmentally, socially and safety conscious. They might not be publicising it enough, but they are doing a lot behind the scenes.

“The environmental performance is chalk and cheese compared to 30 years ago. All the companies are now required to allow for environmental trust funds and rehabilitation of disturbed land. The finance houses will not fund companies if there are environment-related issues.”

The acid mine drainage is coming back to bite the industry now. The mining companies have put together a R70-million project and appointed a cost-recovery company to solve the legacy problem and help provide extra potable water in the Gauteng area.

In terms of community development, there has been much activity on social labour plans, which are a statutory requirement of mining companies’ licensing conditions.

But the real future of the mining industry now rests in the hands of the mining industry growth, development and employment task team, a tripartite structure set up by the government, labour and business at the height of the 2008 global financial crisis. The team, which Baxter chaired, was meant to find ways of lessening the impact of the crisis on the sector and help position the country to gain more from the next upwards move in the commodity cycle.

The team recognised that the mining sector could grow conservatively between 3% and 4% a year from 2011 to 2020 and an additional 140 000 jobs could be created if South Africa could reduce some of the regulatory and infrastructure barriers to growth and slow down the rate of cost increases; this despite a maturing gold and diamond sector.

“If you look at the potential, the platinum industry could grow production at 3.5% to 4% a year, coal by 3.5%, iron ore by 6% and manganese by 7%. But that is all assuming we can fix the problems first,” says Baxter.

The team identified five important domestic factors that were holding back the sector:

So how do we fix these problems? The solution to the nationalisation debate, Baxter says, is to tackle youth unemployment. This can only be achieved if the economy grows at a faster pace.

“If we can sort out the infrastructure constraints, for example, the industry could employ more people. We need more private concessioning of rail, energy and ports to improve South Africa’s competitiveness. The way to do it is to get private companies to build and operate the infrastructure, like they do in Canada. The industry will then boom.”

South Africa’s growth rate in the past 10 years has been defined by non-tradable and demand-driven sectors, such as financial services and consumer-driven industries. That growth is in sectors that are more credit intensive, which creates imbalances in both growth and semi-skilled labour.

“Structurally, South Africa has been growing more like a developed country than a developing, industrialising nation,” said Baxter.

In terms of regulation, the task team has been demanding changes. The Mineral and Petroleum Resources Development Act Amendment Bill is due to be released before the end of the year. “It will resolve a lot of issues around the issuing of mineral rights and permits and transparency around the awarding of licences,” said Baxter.

The mining rights audit by the department of mineral resources is nearing completion, an online licensing system has been launched, and the government is investigating a one-shop agency to award environmental permits.

On the skills front, companies will increase their skills investment to 5% of payroll and support tertiary institutions to ensure the right mining qualifications are being produced.

“So the solutions are there. The main discussion is how do we get a much faster growth rate?

“The road map is in place. The mining sector, through collaborative effort, can come back on the investment screen. What we need to thrive is a predictable, competitive and stable environment.”

Carbon tax more palatable to industry than resource rent tax
At a time when the nationalisation debate and a slew of regulation has added to investor nervousness, Roger Baxter, outgoing senior executive at the Chamber of Mines, believes another tax on resources profit is an “unnecessary burden”.

Even the controversial carbon tax is more palatable to South African companies represented by the chamber than proposals for an Australian-style resource rent tax (RRT). The RRT forms part of the probe by a task team appointed by the ANC to consider the role of the state in mining. The task team, which is researching the policies of 13 countries, is expected to complete its report later this month for debate by the ANC.

The motivation for a resource tax is to allow the state to share in windfalls or unexpected profits, such as those associated with the continuing boom in commodity prices.

“The RRT, together with the newly passed carbon tax, has created a lot of uncertainty in Australia’s mining sector,” said Baxter. “The concept of a RRT in South Africa doesn’t fly because it is basically saying that government and society are not getting enough of the benefits of mining, and that is not the case here.”

He pointed to some of the mining industry’s expenditure and the benefits to the local economy in 2010.

In total, he estimated that more than 90% of what the industry spent was for factors related to operating in South Africa. “Compared to other parts of the world, costs in South Africa have been rising too high and too fast.”

The direct royalty tax regime, legislated in May last year, also obviated the need for another super-tax, said Baxter. It is probably cutting edge as far as global best practice is concerned as it works on a sliding scale, so the government benefits more during a bullish commodities market, but also shares in the downside when there is a bear market.

Unlike Australia’s model, the government gets a minimum 0.5%, even when companies make a loss.

Baxter said a carbon tax, which could be passed early next year, was more acceptable to the industry. “It is one of the instruments the government can use to help South Africa reduce its carbon footprint. But it must be done in a way that does not prejudice the sector, which is competing on exports with other countries.”