Wall St falls ahead of confidence vote in Greece 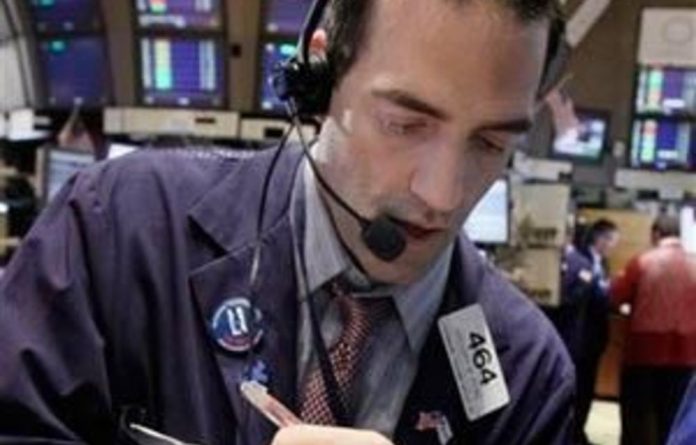 United States stocks fell on Friday, ending four weeks of back-to-back gains, as political instability resurfaced in Europe and investors braced for a confidence vote in Greece after US markets close.

The vote on Greek Prime Minister George Papandreou leaves the fate of a $130-billion bailout deal hanging in the balance. Investors are once more chewing over worst-case scenarios after markets were again engulfed by volatility less than a week after a framework solution to Greece’s woes had been agreed.

The problem for investors is that any result of the confidence vote is unlikely to end the uncertainty hanging over Greece and the eurozone. Instead, it will probably begin a protracted political and diplomatic process.

Stock sectors most exposed to weakness in European banks and tied to economic growth, such as industrials and financials, were among the weakest. The S&P’s financial index led losses, falling 1.4% on the day.

Jack Ablin, chief investment officer at Harris Private Bank in Chicago, who met with economists in Athens, said he believes Greece is on a slow, painful road to abandoning the euro, an outcome that could bring months of uncertainty.

“My main conclusion is that, strip away the debt and everything else, having Greece in the euro is untenable,” he said. “More and more Greeks are realizing that moving back to the drachma is not such a bad thing.”

Murky outlook
As the Group of 20 industrialised nations met, Germany made little progress convincing other countries to contribute to the European rescue fund. Italy, facing its own debt problems, agreed to monitoring by the International Monetary Fund (IMF).

Although the S&P 500 has rallied 14% since its October low to the upper end of its recent trading range, the market has struggled to move higher as the outlook for Europe continues to be murky.

Financial shares slumped, with the KBW capital markets index down 0.9%.

Shares of Jefferies Group Inc lost as much as 7.4% after a brokerage cut Jefferies target price but said it was being “unjustly punished” over the European debt crisis..

To quell speculation, Jefferies said it has no meaningful credit risk to Portugal, Italy, Ireland, Greece and Spain. The shares recovered to end up 0.5 percent at $12.07 after losing nearly 20% this week.

Volume was light, with only 7 billion shares traded on the NYSE, the Amex and the Nasdaq, reflecting hesitation about developments in Europe.

Rocky start
David Lutz, a trader at Stifel Nicolaus Capital Markets, Baltimore, said traders closing out short bets in the case of a favourable outcome lifted the market somewhat into the close.

“People are probably going to be taking positions off going into the bell and the street is probably pretty short,” he said.

The G20 meeting got off to a rocky start. German Chancellor Angela Merkel said hardly any countries in the group are willing to participate in the euro zone bailout fund, throwing cold water on plans to stabilise Europe’s sovereign debt crisis.

The crisis again overshadowed US economic data. A Labour Department report showed the US unemployment rate hit a six-month low in October and job gains in the prior two months were stronger than previously thought, pointing to some improvement in the still-weak labour market.

The focus on developments from Europe has kept stock trading volatile, with the S&P 500 index swinging more than 1.5% every day this week. The benchmark index posted its first negative week in five after closing on Monday with its best month in 20 years.

In a move to make its deficit targets credible, Italy agreed to let the IMF monitor the country’s progress with long delayed reforms of pensions, labour markets and privatisation. Italy’s debt burden could be the market’s next target after a resolution of Greece’s finances. — Reuters

The World Bank needs to return to its mission