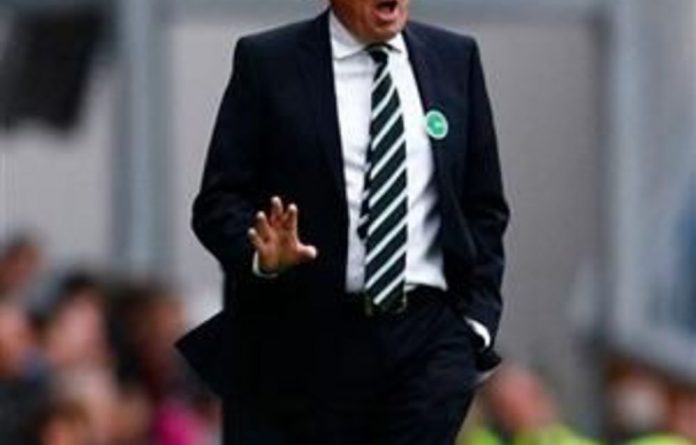 Tottenham survived a tense finish to give manager Harry Redknapp the perfect tonic after his heart surgery with a 3-1 win against Fulham at Craven Cottage on Sunday.

Redknapp (64) has been advised to stay away from football for four to five weeks after having two stents inserted to unblock coronary arteries on Wednesday.

He missed Thursday’s Europa League defeat at Rubin Kazan and was absent from the dug-out again at Craven Cottage.

But Redknapp’s spirits would have been lifted by Tottenham’s seventh win in eight league games, which moved the north London club into fifth place, level on points with fourth placed Chelsea and with a game in hand.

Gareth Bale and Aaron Lennon put Spurs two goals ahead by half-time, but Younes Kaboul’s second half own goal set the stage for a barrage of Fulham pressure.

Spurs somehow held onto their lead and Jermain Defoe sealed the points in stoppage time.

The defeat left Fulham one point above the bottom three and was especially disappointing for boss Martin Jol, who had been hoping for a win over his former club following an acrimonious departure from White Hart Lane four years ago.

Dynamic Spurs
Just two minutes into the match Brad Friedel, who was superb throughout, was forced to display lightening reflexes to deny Fulham.

A corner by Danny Murphy was met by the onrushing Steve Sidwell only for his glancing header to be kept out on the line by Friedel.

Both teams attacked with vigour but Spurs were more dynamic and they surged ahead in the 10th minute through a goal from Bale.

Lennon threaded a dangerous pass across goal which Schwarzer pushed to the side of the area where Bale was stationed.

The Wales international drilled the ball back across goal and it was deflected into the net by helpless Fulham defender Chris Baird.

Just as an increasingly lifeless first half entered injury-time, Tottenham struck for a second time through Lennon.

The England winger jinked his way into the area, skipping around Baird in the process, and directed a shot into the bottom right corner of the net a heartbeat before two Fulham players came sliding in.

Equaliser
The Cottagers then endured further misery when Zdenek Grygera had to be stretchered from the pitch after appearing to injure his right knee while making a routine tackle on Bale.

Brede Hangeland saw a goalbound header tipped over by Friedel and Fulham’s pressure paid off in the 57th minute as Kaboul put through his own net.

Hangeland jumped to meet a corner and his presence disrupted Tottenham’s defence with Ledley King nodding the ball against Kaboul’s back and into the goal.

Only last-gasp intervention from King prevented Clint Dempsey supplying the equaliser after the USA midfielder had rounded Friedel.

Once more Friedel came to the rescue, this time after Bobby Zamora had expertly timed his run into the box to outfox King.

More drama was to follow during injury time as first Kyle Walker handled the ball during a frantic goalmouth scramble, an offence that went unpunished, and then Luka Modric cleared a late effort off the line.

But Defoe’s deflected shot from Emmanuel Adebayor’s cross in the final seconds put an end to Fulham’s fightback. — AFP