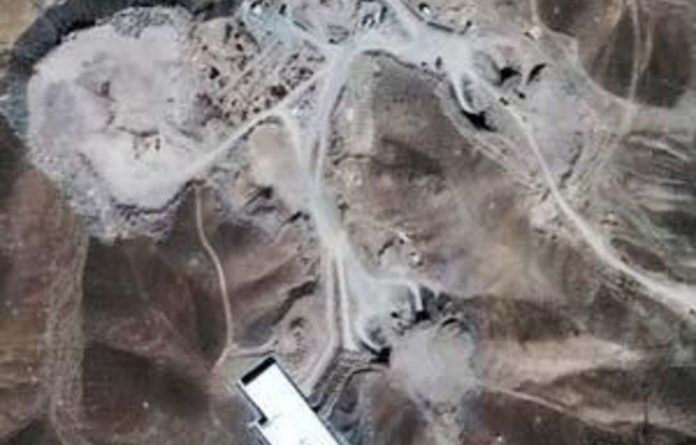 China said on Thursday that sanctions would not “fundamentally solve” the Iranian nuclear issue and urged further dialogue to resolve an ongoing impasse over Tehran’s atomic programme.

The comments come after the United States and Europe said they may pursue fresh sanctions to try and stop Iran from getting an atomic bomb in the wake of a United Nations (UN) report that offered strong evidence Tehran is pursuing nuclear weapons.

“Dialogue and negotiations are the right way out for the Iranian nuclear issue,” he told reporters at a regular briefing.

Hong added that the International Atomic Energy Agency (IAEA) — the UN atomic watchdog — should clarify the report it published on Tuesday in a “just and objective” way through stronger cooperation with Iran.

The IAEA said in the report it had “serious concerns” based on “credible” information indicating that the Islamic republic “has carried out activities relevant to the development of a nuclear explosive device”.

The IAEA report made strong waves after it was released on Tuesday with the United States saying it was looking at ways to put “additional pressure” on Tehran.

“These are very serious allegations, serious charges and it’s incumbent on Iran to at last engage with the IAEA in a credible and transparent manner to address these concerns,” said US State Department spokesperson Mark Toner.

President Barack Obama’s administration is “going to consult [with allies and partners] and look at ways to impose additional pressure on Iran,” Toner told reporters, adding Washington was considering “a range of options” against the Islamic republic.

“I don’t want to rule anything out or anything in,” he said, adding that unilateral sanctions were a possibility.

France and Britain also joined the US call for stronger punishment of Iran, which has already been subjected to four rounds of UN sanctions in retaliation for its nuclear programme.

Bewilderment at renewed talks
But Russia — a key ally of Iran along with China — said it was “gravely disappointed and bewildered”, adding the report risked damaging the chance of a renewal of nuclear talks and ruling out sanctions.

Beijing’s reaction was more muted with Hong on Wednesday urging Iran to show “flexibility and sincerity”.

But on Thursday he said the “pressing task” was to step up diplomacy “and push forward the P5+1 dialogue with Iran,” referring to talks between Tehran and the five permanent UN Security Council members plus Germany.

Iran has said it stands “ready for useful and positive talks” on its nuclear programme as long as these are held on the basis of equality and respect.

But President Mahmoud Ahmadinejad had also said Iran “will not budge an iota” on its nuclear programme.

In recent years, China and Iran have become major economic partners, thanks partly to the withdrawal of Western companies in line with sanctions against the Islamic republic.

In July, both countries signed a series of agreements worth $4-billion for infrastructure projects in the water, mining, energy and industrial sectors. — AFP