Public protector gets to work on ICD lease 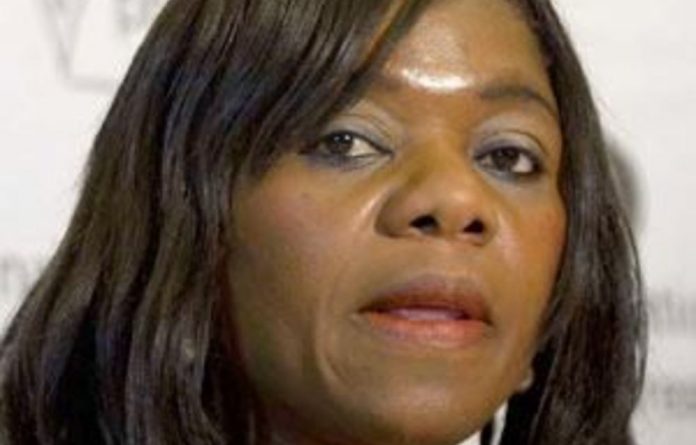 It was revealed then that the cost of renting the building was not only outside the ICD’s budget but the premises were too large for the ICD’s requirements.

In a statement on Thursday, Kohler Barnard said, “As with the SA Police Service lease deal scandal in which Mr Shabangu was implicated, the rent for the ICD’s premises is reportedly grossly inflated.

“The department of public works recommended that the ICD sign a R880 000 a month lease for a property owned by Roux Shabangu’s company to house its Pretoria headquarters.”

This was double the cost of the monthly rental for the building initially proposed by the ICD, which would have cost just under R420 000 a month, Kohler Barnard said.

ICD pleads ignorance
The ICD was given a tongue-lashing by MPs earlier this week after pleading ignorance on the cost of its offices rented from Shabangu.

The watchdog body said it was kept in the dark by the department on the R10.6-million-a-year rent for the City Forum offices in Pretoria.

“The ICD did not have a copy of the lease,” spokesperson Moses Dlamini told Parliament’s portfolio committee on police.

“Public works indicated that the cost charges would be communicated to the ICD in due course.”

The offices were leased from empowerment property mogul Roux Shabangu.

Look before you leap
It emerged that the ICD moved into the building at 114 Vermeulen Street in September without having asked whether the rent would exceed its annual lease budget of R6.1-million.

“They go and sign the contract with the landlord based on what we can afford,” acting programme manager Matthews Sesoko said.

Dlamini added: “After we moved in, we struggled to get a copy of the lease.”

Not enough money
The ICD finally obtained a copy last November and has paid the pro rata rent that it owed for last year.

It can cover the full R10.6-million rent for this year but will not have enough money to do so next year and has asked treasury for additional funding to be able to meet its future obligations on the Shabangu lease.

Executive director Francois Beukman said he has also solicited legal opinion on the validity of the service level agreement with public works relating to the lease deal, and the possibility of having it rescinded.

Committee chairperson Sindi Chikunga cut the meeting short, saying she would call public works officials to testify next Tuesday, along with the ICD.

“Surely we need the department of public works to be here. The information you have given us is shocking,” she said.

‘Not impressed’
She also castigated the ICD for taking occupation of new offices without enquiring about the rental cost and said the deal was going to result in a waste of public money.

“I’m not sure I’m very impressed with the ICD as well. I don’t understand why the ICD would take things so much for granted. My grandmother who has never been to school would not do it.”

She said she should appeal to treasury not to approve the funding to make up the shortfall on the rent due to Shabangu.

“It’s waste. I would lobby treasury not to give you this money.”

This is the third lease deal with Shabangu that has landed government departments in trouble, after those for police headquarters in Pretoria and Durban that were declared unlawful by the public protector.

The findings led to the sacking of Public Works Minister Gwen Mahlangu-Nkabinde and the suspension of police commissioner Bheki Cele. — Sapa