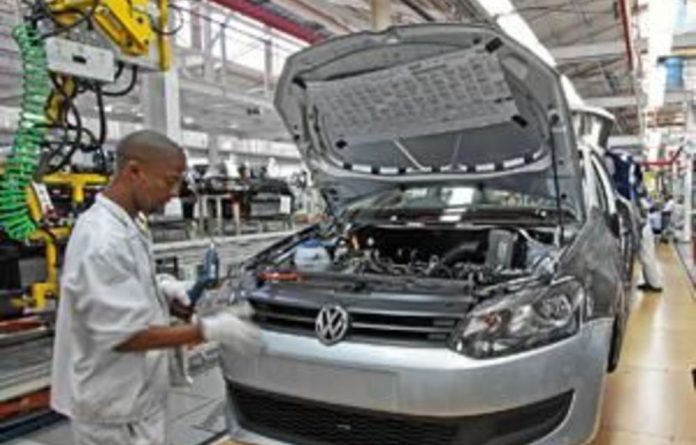 South Africa’s position beyond 2015 as a beneficiary of the African Growth and Opportunity Act (AGOA), an American trade law, is not a certainty, according to local trade experts.

The Act gives trade preferences to sub-Saharan countries and has meant billions of dollars worth of beneficial American trade for South Africa, particularly our automotive industry. In 2010 the United States imported just more than $8-billion worth of goods from South Africa, virtually all of which were duty free, thanks to the Act.

But South Africa’s position on a range of international issues is souring relations between the two nations and could inform the way policy­makers in the American Congress will decide on South Africa’s status under the Act.

South Africa’s position on issues such as Libya, which saw Deputy President Kgalema Motlanthe call for Nato commanders to be investigated by the International Criminal Court for their actions in the North African country, is understood to have upset the US. So, too, has the country’s abstention in the UN Security Council vote to act against Syria earlier this month.

The rhetoric of local politicians, while it may be aimed at domestic audiences, has reached Congress at a time when other African countries are taking a more moderate path in their approach to the US and becoming increasingly competitive destinations for foreign investors.

But trade experts warned this week that what might be a greater threat to South Africa’s standing under the Act is a change in how the US deals with trade preferences overall.

“The appetite in the US for non-reciprocal trade preferences extended to anything but “poor” countries is fast waning — given political sensitivities and the state of the economy there,” said Eckart Naumann, an associate at the Trade Law Centre (Tralac).

This view was echoed by Catherine Grant, the programme head for economic diplomacy at the South African Institute for International Affairs.

She said countries such as South Africa had benefited substantially from the Act, but there was a growing emphasis on how better to assist least-developed countries, including Asian countries such as Bangladesh and Cambodia, with instruments such as the Act.

This could significantly affect the competitiveness of South African products, she said.

US duty free
Almost 6 500 products, including clothing, cars, footwear and fruit, were covered under the Act, according to information from the American embassy. About 99% of South African exports by value entered the US duty free under the Act and the US Generalised System of Preferences in 2010.

According to a research paper by Naumann the Act came into law in 2000 and was extended until 2015 by former president George W Bush in 2004, although some provisions relating to garments will expire in 2012.

These include what are known as third-country apparel rights, which allow some countries (but not South Africa) to source fabric in China and still export garments duty free to the US.

“South Africa’s inclusion as an AGOA beneficiary is not universally appreciated. Many in the US also feel we should not benefit,” Naumann said.

Although the US included South Africa “for now” in a possible bid to leverage a reciprocal trade agreement from the arrangement, this might not continue after 2015, he said.

The growing shift in emphasis was perhaps best expressed in a Bill put forward in the US in 2009. Although it has since been shelved, Bill HR4101 would have significantly affected current beneficiaries of the Act. It sought to change eligibility conditions for countries in line with the UN defined threshold for least-developed countries, according to the research paper.

Greg Mills, director of the Brenthurst Foundation, said that although American and South African relations had normalised since the apartheid era, South Africa still appeared to be “hung up” on perceptions of “US-led Western imperialism”, which led to “flip-flopping between human rights concerns and not wanting to be seen to be supporting US interests”.

In part, this led to perceptions of South Africa as a “rogue democracy” and to doubt about the values South Africa was “irrevocably” committed to.

Trade relations
Tim Harris, the Democratic Alliance’s spokesperson on trade and industry, said minister Rob Davies had assured Parliament that South Africa was lobbying for an extension of the Act after the 2015 expiry date and, since 2009, for the third-country fabric provision to include South Africa.

“If these efforts do not succeed then we have to take a long hard look at the effect of our diplomatic positions on our trade relations,” he said.

“The positions the government has taken against the Walmart investment and the Libyan Transitional National Council, for example, cannot be assessed in isolation. They would almost certainly have had a chilling effect on wider diplomatic relations between South Africa and the US. Our foreign policy positions have very real consequences for our economy,” Harris said.

But, Naumann argued that although the US and other Western powers were frustrated with South Africa, and had been for some time, South Africa was still the largest and most advanced economy in Africa and the US could not afford to shun it, economically or politically.

Added to this, very little significant legislative change was likely to take place until after the American elections in 2012, he argued.

Grant said that although the Act could be extended in its current form, there were factors that could affect a review of it. The architects of the Act had moved out of decision-making roles in US politics, she said, and there was a distinct lack of a unified African voice on the Act.

“While AGOA is collective in its application, in Washington African nations still lobby on a national basis,” she said.

Terri Robl, the minister-counsellor for economic affairs at the US Mission to South Africa, said it was still too early to determine exactly what Congress would be reviewing. It could involve an extension or amendment of eligibility criteria.

But, she said, the Obama administration had stated its “clear commitment to work with Congress on a seamless renewal of AGOA beyond 2015”.

“It is important to note that, when the US Congress considers renewal they will be asking tough questions about the gains made by individual countries and the commitment individual countries have shown to the programme and to trade liberalisation in general,” she noted.

“There will be questions on commitments to regional integration, the fight against corruption, efforts to improve the business environment and willingness to reduce tariff and non-tariff barriers to US goods and services.”

She did not comment on the broader issues of international relations.

The South African trade and industry department did not respond to a request for comment.