Creating a climate for change 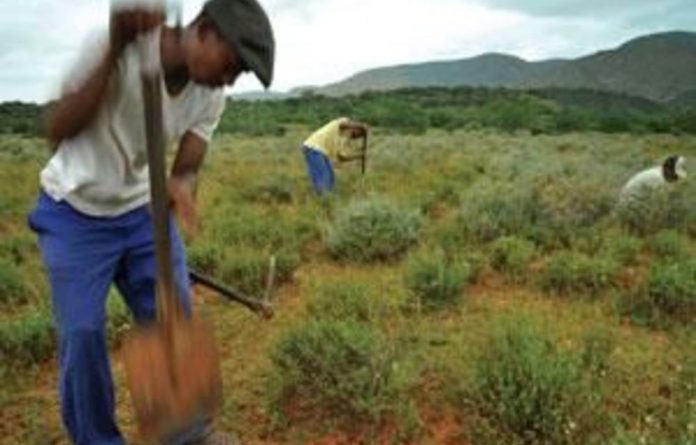 In the dramatic valleys of the Bavaiaanskloof Mountains in the Eastern Cape of South Africa, climate change is a reality.

The southern African region is warming up and drying out, and according to the best scientific data available from the CSIR in Pretoria, this trend will become much worse if nothing is done.

Piet Kruger, a local farmer in the western part of the kloof explains some of these changes. “Over the last 20 years there have been a lot of changes that I could pick up from an environmental point of view. I saw a lot of erosion in the area as well as a drop in the water table, and also from a farming point of view we have less water available for irrigation.”

Environmental destruction in the area is compounding the effects of global climate change, so finding ways to restore the natural landscape is crucial to protecting livelihoods as the earth warms. Like a green skin covering bones and muscle, subtropical spekboom thicket used to shelter this desert land from the harsh sun and violent storms.

The soil under its protective boughs held 60% of the rain that fell and released it slowly like a sponge throughout the year. That skin was stripped bare by overgrazing and now the water rushes off the bare soil in torrents causing floods. Once the rain stops, the land quickly dries, making the area prone to drought and heat waves.

More than 800 thousand hectares of spekboom thicket has been severely degraded, with disastrous effects for farmers and the city of Port Elizabeth, which rely upon it for water. And so the national government, with the help of non-profits, businesses and local residents, has launched a big project through the Working For Water Campaign, administered by the department of environmental affairs to try to protect this vulnerable region from the effects of climate change.

Rienette Colsky works with the Gamtoos Irrigation board, which administers the project through a public private partnership. “Planting spekboom restores the natural vegetation so it increases the water retention of the Earth, and this of course is very good for restoring our water”.

Other than holding precious water in the soil, spekboom has another remarkable trait — it sequesters carbon dioxide from the atmosphere, helping to keep CO2 levels in check and slowing climate change. That’s how the those involved hope to make spekboom pay for its own restoration, through selling carbon credits on the international market.

Right now the project is supported by the South African government, which is focused on the more immediate goal of reducing poverty. Water shortages have reduced agricultural output, and the jobs that depend on it. South Africa’s unemployment rate is officially 25% but here at least half of those who want work can’t find it.

But planting vast areas of land with spekboom requires lots of workers like spekboom planting supervisor Johanna Swartz, who was unemployed before the project began five years ago. She takes a break under a cloudy sky while her team digs holes and places the seedlings into the ground behind her.

“There is a great change in my life, because all the things I needed and couldn’t buy before, I can buy now. I don’t struggle with money any more. Now there are opportunities I would grab, too, things that I love.” The project has provided jobs to thousands like her, and it is this combined interest of land restoration and community upliftment that has made this project such a success on the ground.

Living Lands is the local non-governmental organisation that brought farmers, disadvantaged residents, private businesses and the government together under an umbrella group called Presence. Standing on a big alluvial fan restoration site deep in the kloof, Marijn Zwinkels from Living Lands explains.

Colsky agrees, and says that a mindset change was not easy for traditional farmers, yet in the last five years many, like Piet Kruger, have signed on to the project, making them spekboom farmers with a stake in restoring a landscape that they had previously degraded.

Through this initiative, the community has come together as a cohesive group to change the way they utilise their natural resources, and in that way this little corner of South Africa may be a role model for how to deal with a warming world.

When times get tough, adapt