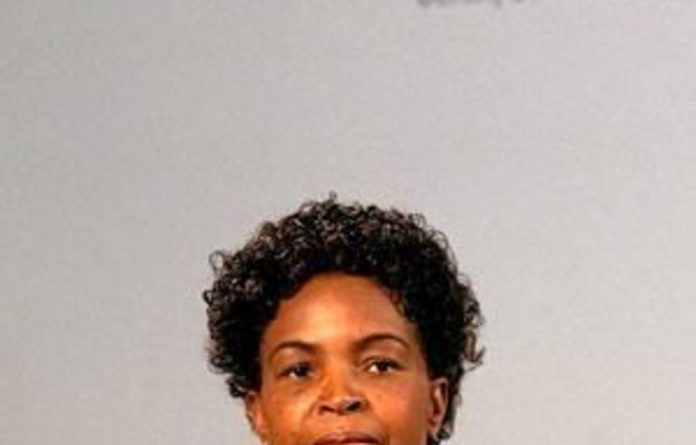 World leaders and government ministers start their top level climate talks at COP17 on Tuesday, amid warnings that a breakthrough agreement is unlikely.

Twelve heads of state and 130 ministers are set to attend the high level segment of the conference, which begins later on Tuesday, and deals with extending the carbon-emission limits established by the Kyoto Protocol in 1998.

Cop17: Listen to the people

Thousands of activists have hit the streets of Durban to make sure their voices are heard during COP17. Representing diverse organisations and causes from around the world, they maintained that climate change negotiators need to do more.

Despite an announcement by China on Monday that it would commit to a legally binding agreement, other countries have expressed skepticism that the move amounted to much more than posturing, with Canada saying it would withdraw from the Kyoto Protocol by the end of next year, regardless.

Canada’s Environment Minister Peter Kent said on Monday that Canada was encouraged by the news that the world’s largest emitter was open to accepting a binding target to slash its greenhouse gases, but that Ottawa will not make a second commitment to Kyoto.

“We haven’t seen any detail yet. We look forward to China bringing its proposal to the conference,” Kent said. “But with regards to whether or not that would affect Canada’s decision to not take on a second commitment period, that would not change our position.”

Major developing countries like China and India are among the world’s biggest polluters but they are not required to make emissions cuts under the Kyoto Protocol. The United States, the world’s second largest polluter, never ratified the treaty. Conservatives argue that any agreement that does not include the major emitters is meaningless.

Canada has been advocating for a single agreement to replace Kyoto that would include all countries.

Dig at the West
China’s announcement that it would accept an agreement to reduce emissions has been seen, at least in part, as a deliberate dig at the West, in particular the United States.

On Monday, China’s chief negotiator, Xie Zhenhua, speaking through a translator, said: “It’s time for us to see who is acting in a responsible way to deal with the common challenge of human beings.”

Xie revealed on Monday that the country would accept such a legally binding agreement after 2020 if other countries meet five conditions. These conditions reflect existing agreements made under the UN Framework Convention on Climate Change (UNFCCC) and include undertaking a second commitment period under the Kyoto Protocol; honouring commitments to the $100-billion-a-year Green Climate Fund, acting on agreements made at COP16 last year; and respecting the notion that countries have different responsibilities depending on their capacity to cut emissions.

He said China had taken domestic action to address climate change and pointed out that the country plans to reduce its emissions by 17% over the next five years through industrial restructuring, changing its energy mix and following a low carbon development plan. It has also set itself the target of reducing its carbon intensity by between 40% and 45% over 2005 levels by 2020.

Xie said China was showing that it was ready to work with the rest of the world to address the global challenge of climate change.

Tosi Mpanu-Mpanu, chair of African Group, said China’s five-year plan shows a high level of ambition. “I’m very happy to see that and will encourage China to push the envelope,” he said.

Nothing new
The American delegation, however, pointed out that there were no significant new announcements in Xie’s statement. Todd Stern, the US special envoy for climate change said he had not spoken to Xie yet and would comment further on Tuesday.

Stern said that if there is to be a legally binding agreement in future, all of the major economies, including China, would need to have obligations and commitments.

Currently, only developed nations are required to make emissions cuts while developing nations, including China, India an South Africa, need only take voluntary steps to reduce emissions. According to Stern, China’s emissions from its energy sector are 70% greater than US’s.

Stern said that China has never expressed a willingness to be part of the type of legally binding agreement he spoke of. It is still unclear whether the Chinese government would be willing to accept this type of agreement.

Unclear
But EU lead negotiator Arthur Runge-Metzger said “the devil is in the detail”. He pointed out that it was unclear what China meant by “legally binding”. “Legally binding could mean commitments only for one part of the world and not for the other,” he pointed out, adding that China’s statement “requires negotiators to drill down and look at what it really means”.

Runge-Metzger also warned observers to be skeptical of the announcement, saying it was unusual for negotiators in these discussions to reveal their final position days before the end of the conference.

However, Oxfam’s climate change policy advisor Tim Gore said China’s announcement was “encouraging”. “On substance it’s not so new but the tone and approach is significant,” said Gore. “This shows that China is clearly here to negotiate with flexibility and with a constructive approach.”

He said the same could not be said of the US, which has taken what observers say is an “obstructionist” approach during the negotiations, blocking movement on key decisions concerning long-term finance for developing countries coping with the repercussions of climate change.

On Monday, a coalition of NGOs including Greenpeace, the WWF, Oxfam and the International Trade Union Confederation, called on the US to stand aside in the negotiations.

She said that in the negotiations, China had shown an increasing willingness to address the question of a second commitment period under the Kyoto Protocol, which remains the key issue that delegates say must be solved in Durban.

A previous version of the story stated that India and China were not part of the Kyoto Protocol. This has been corrected.