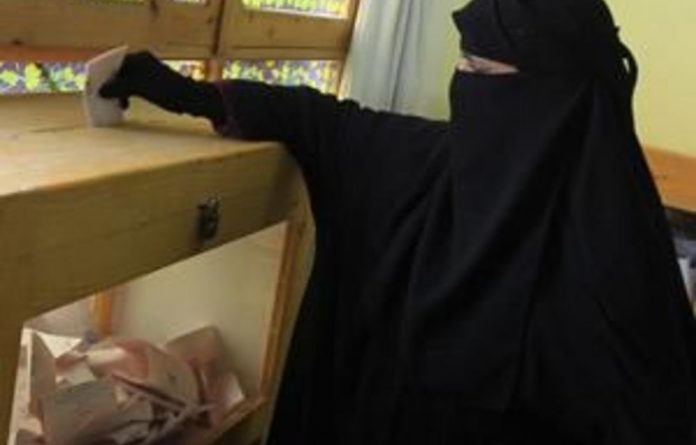 Egypt’s caretaker premier named a new Cabinet on Wednesday with increased powers to tackle worsening crime and a sliding economy as Islamist parties made fresh gains in the country’s parliamentary election.

He finally opted for Mohammed Ibrahim Yusuf, who headed police in the district of Giza in Cairo and who was sworn in along with his colleagues by the head of Egypt’s ruling military council, Field Marshal Hussein Tantawi.

Police have been accused of brutally handling recent protests against Tantawi in which 43 people have died and crime is widely seen as having increased since the ouster of former strongman Hosni Mubarak in February.

Foreign Minister Mohammed Kamel Amr was retained along with 12 others from the previous cabinet which resigned in November in the face of escalating protests while Mumtaz Said was named as finance minister.

Ganzuri, speaking to reporters late on Tuesday, called on all political parties to pull together behind his administration, billed as a “national salvation government”.

‘Good of the country’
“We can’t leave security and the economy like this,” he said.

“I ask for all the political movements, all the parties and every individual to come together for the good of the country.”

On Wednesday, the Supreme Council of the Armed Forces (SCAF) also announced it had granted Ganzuri “presidential powers”, giving him greater control to run the country but no oversight of the armed forces or judiciary.

Tantawi stressed the importance of security and the economy but also said the government was responsible for “pushing ahead with the democratic process to arrive to a free society”.

In comments reported by the state-run MENA news agency, he also urged the Cabinet to work on “handing power over to an elected civilian government”.

The opening round of the first elections since Mubarak’s fall wrapped up on Tuesday, showing a crushing victory for Islamist parties over their disorganised and fragmented liberal rivals.

The Muslim Brotherhood, banned for decades by Mubarak, said its Freedom and Justice Party (FJP) had won 36 out of 54 individual seats up for grabs in the first phase of the multi-stage parliamentary polls.

Landslide victory
In a separate party vote, which will see more than 100 seats distributed, it won 36.6% while the hard-line Islamic fundamentalist party Al-Nur came second with 24.4%.

The FJP’s expected landslide victory in the individual seats — set to be confirmed by official results — and its pre-eminence in the party voting sets it up to become the leading power in the 498-seat new lower Parliament.

The Brotherhood has said previously that it expects to name a Cabinet if it emerges as the biggest party in Parliament once all three phases of the elections are completed in January.

The run offs for the individual seats on Monday and Tuesday saw a relatively low turnout of 39%, according to figures released by the election committee.

Although attention inside and outside Egypt has mostly focused on its troubled transition to democracy after decades of authoritarian rule by Mubarak, the economy is now causing grave concern.

The vital tourism industry has been badly affected by the unrest and corporate investment has dived.

A SCAF member warned last week that Egypt’s foreign currency reserves were falling sharply and that it might have enough only to cover imports until the end of February.

Powerful new influence
Despite assurances from the army that it will hand full control to new civilian leaders, the elected Parliament and a new president are expected to face a fierce power struggle.

The SCAF has already indicated it wants to retain many of its privileges from the Mubarak era, including oversight of military-related legislation and wants to appoint figures to write the new Constitution.

The prospect of an Islamist-dominated Parliament has also raised fears among liberals about civil liberties, women’s rights and religious freedom in a country with the Middle East’s largest Christian minority.

The Brotherhood stressed throughout campaigning that Islamic values were compatible with democracy, and that it was in favour of individual freedoms and working with other non-Islamist political parties.

But Al-Nur, a Salafist group that advocates a fundamentalist interpretation of Islam dominant in Saudi Arabia, has emerged as a powerful new influence and is expected to do well in the remaining rounds of voting.

After the voting for the lower house of Parliament, which will end in January, Egyptians will then elect an upper house in a further three rounds of polls.

A committee to draft a new Constitution will then get to work before presidential elections by the end of June 2012. — AFP

US seeks to build new relationship with Egypt