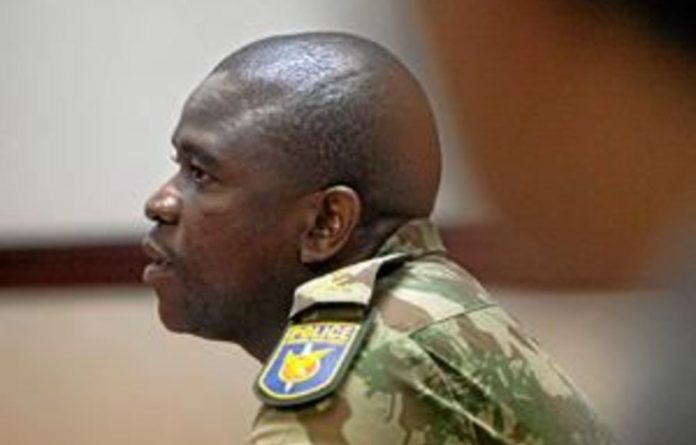 The troubled police Crime Intelligence Service (CIS) has undergone a major purge in the past two weeks, with acting national police commissioner Major General Nhlanhla Mkhwanazi suspending one general and “redeploying” four others.

This means that every general in the service, except statistician Chris de Kock, has been booted out of the division. Lieutenant General Fannie Masemola, formerly the head of the police’s VIP protection unit, has been made its acting head.

The Mail & Guardian understands that the shake-up has also spread to other police units and the redeployment of more high-ranking police officers can be expected.

The moves in crime intelligence, from what the M&G understands, flow from an ongoing Hawks investigation into alleged nepotism and the abuse of state funds and resources, particularly the CIS’s secret services account.

One source claimed that Mkhwanazi was “asserting his authority and taking action against corruption”.

However, a second crime intelligence insider described the purge as “another battle altogether” — one that had more to do with political power and “control of the [secret CIS] account towards Mangaung”.

Another source with links to crime intelligence said it was “definitely political”.

To date, the following CIS and other police officers have been suspended or shipped elsewhere:

In a statement last week, police spokesperson Major General Nonkululeko Mbatha said: “The management of the South African Police Service has taken a decision to redeploy the crime intelligence management with effect from Monday, November 28 2011. This follows internal processes and interventions that needed to be expedited objectively, hence the interim redeployment of members in this regard.”

Two months ago a senior state advocate with insight into the Hawks investigation told the M&G that the purpose of the investigation was “to clean out crime intelligence”, starting with its most senior members.

The charges against them are linked to a discount allegedly solicited last year to pay a shortfall on Mdluli’s private car.

Mdluli has dismissed the claims as part of a politically inspired witch-hunt. He was arrested earlier this year for murder and defeating the ends of justice for his alleged involvement in the 1999 killing of Oupa Ramogibe, who allegedly received threats after he married Mdluli’s former lover.

Mdluli has claimed that people were “trying to get rid of him” because former president Thabo Mbeki’s camp was trying to take over police intelligence ahead of the ANC’s conference in Mangaung next year.

His lawyer, Ike Motloung, has described the allegations of fraud and corruption against Mdluli as “a joke” and part of ongoing attempts to frame him.

Lazarus, who is understood to have had a close relationship with Mdluli, is believed to have been on the Hawks’ radar for some time in connection with the unit’s investigation into the abuse of millions of rands held in the secret services account.

The current value of the secret services account is unclear, but several crime intelligence sources believe it is worth “billions of rands”. Others have said that intelligence’s share of the budget runs between R200-million and R400-million a year.

Crime intelligence was allocated R2-billion from the police budget for the 2011-2012 financial year.

The M&G has previously quoted intelligence sources who claimed that the secret services account, used for covert operations, source payments and safe houses, was, to some extent, a “black” fund used not only for personal gain but also to fund politically motivated action.

Last year the Sunday Independent alleged that Mdluli and Lazarus had been accused of abusing the fund.

Unconfirmed newspaper reports claimed that Mdluli was behind the registration of girlfriends and relatives as paid intelligence sources or employees.

Lazarus’s downfall is apparently linked to a directive from Police Minister Nathi Mthethwa to investigate a robbery in which R2.2-million was taken at gunpoint from two crime intelligence officers outside a branch of Absa bank in Johannesburg in October.

City Press reported that the money that was stolen was meant for crime intelligence’s secret fund.

Mthethwa told Parliament in November that the police were investigating why the two officers had the money in the first place and why they were not adequately guarded.

A Hawks source told the M&G that Lazarus told the officers to refuse to take a polygraph test that the Hawks wanted to administer as part of their investigation.

The M&G believes that both Hankel and Nyanda are fighting their redeployment and are expected to make representations to Mkhwanazi about why they should stay at crime intelligence.

Kruser, who was appointed head of supply-chain management after Lieutenant General Hamilton Hlela resigned when news of the police lease scandal broke last year, is also expected to petition Mkhwanazi on why he should not be suspended.

He would not comment, although he confirmed that he had received a suspension letter on Friday.

However, a source with insight into the police’s procurement procedures said the expenditure being investigated by the Special Investigating Unit had been incurred before Kruser’s time.

The main players affected by the purge

The senior officers who have been suspended or sidelined, apparently as a result of the Hawks investigation, are mostly not well known to the public but are powerful figures in the South African Police Service. They include: