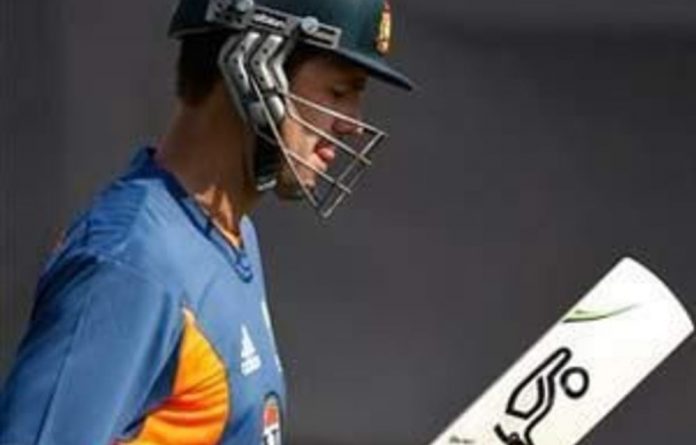 Ed Cowan showed impressive composure on debut to raise a patient half-century but Ricky Ponting’s century drought continued as he was caught behind to mar a dominant second session for the Australians in the first test against India on Monday.

The 29-year-old Cowan, who replaced the axed Phillip Hughes as opener after enjoying career-best form in the domestic competition, combined for a 113-run stand with Ponting to push Australia to 170-3 at tea at the Melbourne Cricket Ground.

Having threatened to bat through the session, Ponting was tempted on 62 into poking at a stinging Yadav delivery that bounced savagely and glanced the bat to give VVS Laxman a simple catch in the slips.

Ponting’s dismissal four overs before lunch was Yadav’s third wicket and just rewards after he repeatedly asked questions of the former Australia captain with his pace and varying bounce on the green-tinged wicket.

Cowan, on 58 and captain Michael Clarke (7) negotiated a tricky few overs to the break as the clouds scattered late in the session to bathe the crowd of 70 000 in glorious sunshine.

Cowan and Ponting had resumed after lunch on 68 for two and set about attacking India’s pacemen with gusto after play resumed 40 minutes late due to rain-showers. Each brought up their half-centuries in quick succession.

Proper salute
The 37-year-old Ponting survived a few false strokes but built his total quickly with a rash of pull shots and hooks.

He raised his half-century with an unsightly slog that pushed the ball square into a gap for three.

After a perfunctory wave of the bat in the direction of the dressing room, Ponting was coaxed into a proper salute of the crowd after many rose to their feet to give the under-pressure batsman a standing ovation.

Cowan, who scratched out only 14 runs by lunch, played a more controlled innings than his senior team mate but opened up as he grew in confidence and brought up his 50 by lofting a short ball over gully for four.

Yadav earlier dismissed Shaun Marsh for a duck shortly after belligerent opener David Warner for a quickfire 37 after Clarke elected to bat having won the toss.

Warner, a Twenty20 specialist who scored an unbeaten century against New Zealand earlier this month, blasted four boundaries and a six but was out first ball after a short rain delay in the morning when he miscued a hook shot to be caught behind by India captain Mahendra Singha Dhoni.

Yadav coaxed Marsh forward with a fuller, wider delivery that he drove half-heartedly straight at Virat Kohli in the gully. — Reuters