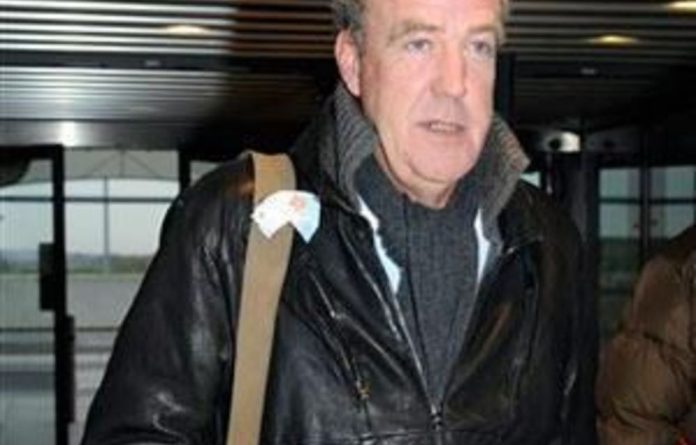 Jeremy Clarkson has landed the BBC in hot water again after viewers of the Top Gear Christmas special complained that his jokes about India’s people and culture were offensive.

The frequently controversial presenter — who recently generated thousands of complaints over a quip on the BBC One Show that striking public sector workers should be “executed in front of their families” — made a string of jokes about the Indian food, clothes, toilets, trains and even the country’s history.

Incidents during the show, which aired on Wednesday night and attracted an audience of five million, included Clarkson driving a Jaguar around an Indian slum with a toilet fitted in the boot. “This is perfect for India because everyone who comes here gets the trots,” he quipped.

Another gag involved putting banners with seemingly innocuous slogans — such as Eat English Muffins — on the side of trains. However, the banners were strategically placed so that when the trains carriages split a new, offensive, phrase emerged: “Eat English Muff.”

The train banner stunt, which included one slogan that transformed into the word “Shit For Your Company”, aired before 9pm when offensive language and content is prohibited from being broadcast.

In another scene Clarkson was seen stripping off his trousers in public in front of two Indian dignitaries to show them how to use a trouser press, while joking that he used it to make naan bread.

Some newspapers took a dim view on other, somewhat tame, incidents. The Daily Star, which dedicated the front page and a double-page spread to the incident in its edition on Friday, accused the presenters of “ridiculing” the Indian train system by “opening the doors of the moving carriages in fits of giggles and leaning outside”.

The BBC has so far received 23 complaints that the string of crude jokes and gags were “offensive to India and Indian culture”. There were also some complaints against the show by some users on Twitter, with a small number of users of the micro-blogging service accusing the show of “casual racism”. and “racist stereotyping”.

A BBC spokesperson declined to offer a comment about whether the corporation would seek to investigate the official complaints or take action against Clarkson.

The BBC is already facing an investigation by Ofcom over Clarkson’s recent rant on the The One Show, which saw the corporation receive 32 000 complaints about his comment that public sector workers who went on strike should be “executed in front of their families”.

The Top Gear trio of Clarkson, James May and Richard Hammond have developed something of a habit for stereotyping or insulting foreign nationalities.

In February, the BBC was forced to apologise to the Mexican ambassador after a joke by Hammond that Mexican cars reflected national characteristics, saying they were “just going to be lazy, feckless, flatulent, overweight, leaning against a fence asleep looking at a cactus with a blanket with a hole in the middle on as a coat”.

May described Mexican food as “like sick with cheese on it” and Clarkson predicted they would not get any complaints about the show because “at the Mexican embassy, the ambassador is going to be sitting there with a remote control like this [snores]. They won’t complain, it’s fine.”

Later that month Clarkson turned his attention to Albania in a segment where the presenters had gone to the East European country ostensibly to road-test cars for a mafia boss.

Earlier in December, the BBC director general, Mark Thompson, told a committee of MPs he had no intention of sacking Clarkson, pointing to the presenter’s fanbase and commercial success of the Top Gear franchise.