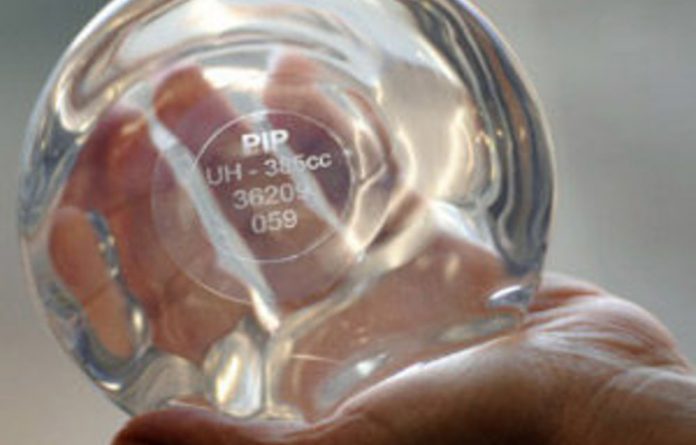 France vowed on Tuesday to investigate failures to detect faults with the French-made breast implants at the centre of a health scare, after a supplier confirmed selling non-standard silicone to their manufacturer.

A growing litany of accusations against now-defunct Poly Implant Prothese (PIP) has triggered a worldwide scare with several countries, including France, advising thousands of women to have its implants removed.

Between 300 000 and 400 000 women in 65 countries from Europe to Latin America are believed to have implants made with sub-standard gel PIP used to cut its costs.

“How was this not detected by checks?” he asked. “I want to know everything … I have asked for investigations at the Directorate General of Health and [health safety agency] AFSSAPS to know what happened, how these checks were done.”

Bertrand also said that he would in the next few days be contacting his counterparts around Europe to discuss the scandal.

Industrial grade silicon
Based in the south of France, PIP was shut down and its products banned in 2010 after it was revealed to have been using industrial-grade silicone gel that caused abnormally high rupture rates.

Fears over its implants spread globally last month after French health authorities advised 30 000 women to have their PIP implants removed because of the increased risk of rupture.

Officials have also said that cancer, including 16 cases of breast cancer, had been detected in 20 French women with the implants but insisted there was no proven link with the disease.

Prosecutors in Marseille, near PIP’s laboratory at Seyne-sur-Mer on the Mediterranean, have received more than 2 500 complaints from French women who received the implants and are pursuing a criminal investigation. Italian prosecutors have also announced a criminal probe.

The firm’s 72-year-old founder, Jean-Claude Mas, has admitted to using non-standard silicone gel in the implants but denied any health risks.

A French supplier of PIP on Tuesday confirmed selling silicone to the firm that was meant only for industrial uses.

Rupture rates
“All the specifications of the product that was ordered from us corresponded to industrial material,” Pierre Gaches, the CEO of Toulouse-based Gaches Chimie, said.

He said the company had supplied PIP with industrial-grade silicone since the early 2000s but that PIP “never gave us any information on how it planned to use” the material.

On Monday, France’s RTL radio revealed that an exact breakdown of the materials used in the implants showed that they also contained additives used in the oil and rubber industries.

Britain at the weekend ordered an urgent review into the risks to 42 000 British women given the implants, after the country’s biggest cosmetic surgery chain revealed that rupture rates were seven times higher than previously thought.

Authorities in other countries have advised women to consult their doctors over the implants. Some nations, including Bolivia and Venezuela, have said that in some cases the implants will be removed for free.

France is also paying to have the implants removed among French women, at an estimated cost of up to $78-million, and has said it will pursue PIP in the courts for damages. — AFP