The exclusivity of freedom 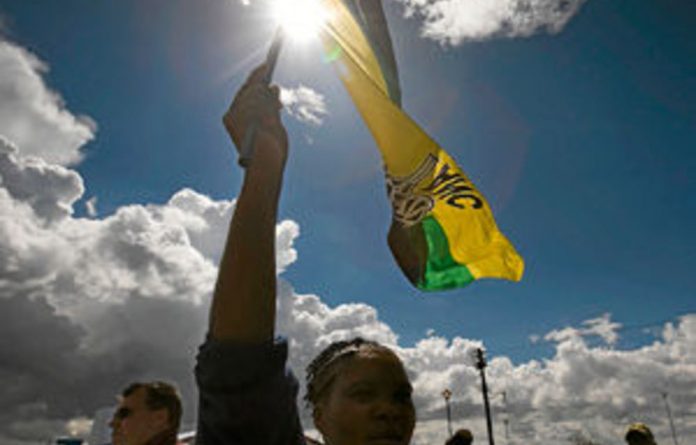 History may be written by the victors, but who gets top billing? The ANC, one of history’s most famous political movements, has been accused of “airbrushing people out” of the liberation past as it prepares to celebrate its centenary.

The ANC turns 100 years old on Sunday, the cue for year-long commemorations costing R100-million. Although no one questions the central role of Nelson Mandela and other ANC leaders in winning freedom from apartheid in 1994, rival political organisations and commentators have said the anniversary would be manipulated to sideline the contributions of others.

“The ANC is rewriting history,” said Allister Sparks, veteran journalist and analyst and the co-author of Tutu: The Authorised Portrait. “They’re airbrushing people out. I don’t know of a street named after Desmond Tutu and he was effectively the leader [of the anti-apartheid movement] for 15 years. I’m not trying to belittle the ANC, but they didn’t do it all.”

This narrative overlooks the role of others in events such as the Sharpeville massacre and the Soweto uprising, as well as that of churches, trade unions and giant personalities outside the congress tradition, including Pan Africanist Congress (PAC) founder Robert Sobukwe, opposition parliamentarian Helen Suzman and Black Consciousness founder Steve Biko.

Tutu recently attacked the ANC for neglecting the influence of church leaders during the struggle. “The trouble is that the ANC on the whole reckons that the freedom we enjoy is due to them,” he said.
Referring to President Jacob Zuma’s State of the Nation address, Tutu said: “I sat in the audience and listened to this president paying tribute to all the people who had helped to bring about democracy in the country. This president did not mention a single religious leader.”

Church leaders had encouraged as many as 30 000 people at a time to march against apartheid, Tutu said. “There was a time when the people leading the struggle were religious leaders. Let the ANC know they cannot airbrush us out.”

There has also been criticism from the PAC, which, after breaking from the ANC in 1959, organised the 1960 protest march that culminated in the Sharpeville massacre, a defining moment in liberation history. On the 50th anniversary of the massacre, ANC youth leader Julius Malema claimed that the memory of Sharpeville belonged to the ANC.

The PAC’s forgotten role was the subject of further controversy recently when the ANC and the media were accused of ignoring the fact that the majority of political prisoners hanged by the apartheid government belonged to the party.

“Please allow PAC members to tell our story. The media and the ANC are guilty of lying by omission.” PAC founder Sobukwe is given little tribute apart from a brief description to tourists outside his prison cell on Robben Island.

The jamboree around the ANC’s centenary contrasts sharply with the failure to mark modern South Africa’s own centenary two years ago. Even the deputy president, Kgalema Motlanthe, admitted at the time that he was astonished by the “deafening silence” around the 100th anniversary of the Union of South Africa.

Opposition parties have raised concerns that public funds and other resources may be used for a party-political event. The ANC has reportedly spent R10-million of taxpayers’ money to buy the church where its founding fathers met in 1912 so that Zuma can light a “centenary flame” there.

Andile Mngxitama, activist and co-editor of Biko Lives!: Contesting the Legacies of Steve Biko, said the centenary would expose how the ANC marginalised rival groups. “They are going to play on the idea they were the sole liberator of our country. They’re not going to acknowledge Black Consciousness, the Pan Africanist Congress, the independent voices of students. This is the last shot they have at maintaining a hegemony over society.

“Our government lacks this little thing called black consciousness. If they had it, they would be building better houses, better schools and better transport. Instead, they have affirmed the idea of black inferiority. History has been used as a cover-up for the failure to provide basic services to our people. I think it’s a tragedy that history has been abused like this, to the point that children will laugh at it and spit on it,” said Mngxitama.

The ANC denies that it is hijacking South Africa’s struggle history. National spokesperson Jackson Mthembu acknowledged that the party did not act alone and said Tutu and other leading figures had been invited to its celebrations. “We played a prominent part, no question about it, but that doesn’t mean there were no Bikos,” he said.

“When you celebrate 100 years of the ANC, it’s 100 years of the struggle in this country. You cannot include those who were not part of the ANC — it doesn’t make sense. If we celebrated leaders who were not ANC, we would then be blamed for taking over the PAC. We expect the PAC to celebrate its leaders and we will be there. They can’t blame another organisation because they don’t have the capacity.” —

Pan-Africanism is an ever-evolving ideology, without a set rubric, and is dependent on one's interpretation
Read more
Coronavirus