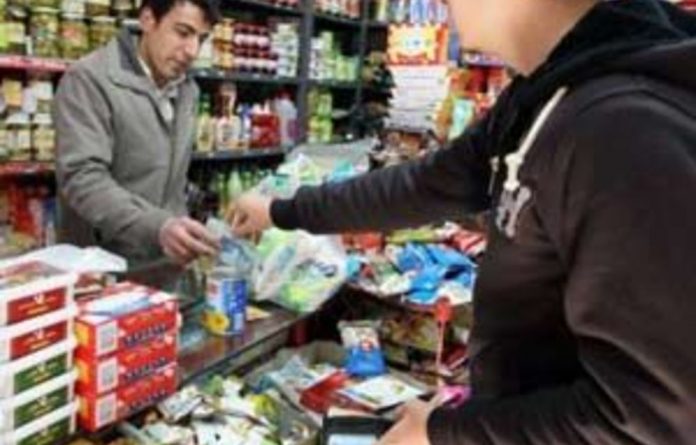 Tehran factory worker Mohammad Varamini lost his job of 14 years when rising energy costs and shrinking sales drove the tile maker that employed him out of business. His tale is a familiar one, repeated across Iran where hundreds of firms have been shuttered over the past year, a consequence of international sanctions and economic mismanagement.

“The owner closed the factory because he could not afford the electricity, gas and water bills,” says Mohammad’s wife Sedigeh, a mother of four. “For a month we managed to pay the rent and other expenses by selling my gold jewellery and using our small savings. But then we had no money and my husband could not find another job. I had to start working as a cleaner.”

Now the family is struggling to keep a roof over its head and to educate the children. When the rent goes up in March, they will move in with Sedigeh’s parents. “Prices are increasing every day. I can only afford to buy meat once a month.”

Few escape hardship these days. The educated liberals who joined the protests against President Mahmoud Ahmadinejad’s re-election in 2009, the business elite afraid of upheaval and Ahmedinejad’s natural constituency of poorer, working Iranians are all feeling the impact of galloping inflation, a sinking currency and rising joblessness to varying degrees.

International sanctions aimed at depriving Iran’s nuclear programme of funds and technology is squeezing Tehran’s vital oil exports and government finances. In September 2010 the government pushed through cuts in fuel subsidies despite public and parliamentary opposition. Rising utility prices have since forced factories to shut — an estimated 180 in Tehran alone.

Shahram Alizadeh (53) a steel merchant at Tehran’s bazaar says he can’t remember a tougher time for his business. “Trading, as far as I am concerned, has dropped to almost zero. There are no building projects because the political situation is so unstable and unpredictable. The situation is no better in other parts of the bazaar.”

Iran’s rulers ignore the mood at the bazaar at their peril — its merchants played an important role in mobilising street protests against the former Shah who was toppled in 1979.

Political tensions
As parliamentary and presidential elections approach — in March and in 2013 respectively — the political temperature is rising. Former friends have accused Ahmadinejad of allowing corruption to flourish at the highest levels during his time in office. Supreme Leader Ayatollah Ali Khamenei has joined the criticism.

The economy presents Iran’s leadership with possibly its biggest challenge. The official inflation rate stands at around 20%. Some estimates put it closer to 50%. Similarly, many people estimate that unemployment is running well above the official rate of 14.6%.

Prices of basic goods like bread, meat and rice are increasing daily. Meat is too expensive for many, costing $20 a kilo. Iranian opposition websites regularly issue reports of layoffs and strikes by workers who haven’t been paid for months, including in government-owned factories.

Housing in Tehran is out of the reach of many. Prices have risen in recent weeks by around 20% as a direct consequence of the falling value of the currency — it dropped 20% against the dollar in the first week of January — and the rising costs of raw materials. Realtors predict house prices will continue to rise.

Energy and food subsidy cuts are partially offset by monthly payments of $40 per person. That is nowhere near enough, critics say. Ordinary Iranians are withdrawing their savings from banks afraid of the economic consequences of any military strike by the United States or Israel if diplomacy fails to resolve the country’s nuclear dispute with the West.

Central bank head Mahmoud Bahmani said banks were moving to raise interest rates on foreign currency deposits in order to attract customers to open accounts. The measure is unlikely to succeed as Iranians have lost their trust in the nation’s banking system.

“I had a dollar account but now bank officials are telling me that any withdrawal will be paid in rial using a low rate,” said office clerk Amin Mohammadi (31) who has converted his salary into dollars as a hedge against inflation.

Western banks no longer open letters of credit for Iranian importers. Imported goods have become more expensive because of the added costs of channelling payment through third parties.

Oil lifeblood
The energy sector, the spine of Iran’s economy and the target of sanctions, is slowly but surely seizing up because of shortages of equipment and foreign investment. Iranian oil experts say that Iran risks running out of oil in 80 years because it lacks modern technology to maintain its oil fields.

“Iran’s oil and gas sector is in need of technology and investment. Our fields, pipelines and oil refineries need investment and development. Chinese technology is not as good as Western technology and therefore sanctions are hitting even the fields,” said a former oil ministry official, who asked not to be named.

China is one of the few countries that continue to do business with Iran despite sanctions. It is also Iran’s biggest oil customer.

“Domestic demand is increasing. The government says Iran is producing gasoline for domestic use but look at the pollution. The main reason for pollution is the homemade gasoline. It does not meet the standards at all.”

Tehran is one of the world’s most polluted cities at the best of times but the huge cloud of smog hanging over it in recent months is a new low, the worst ever seen and breathed in the capital of 12-million. Experts say the main reason is low-quality fuel produced domestically in a bid to thwart sanctions on gasoline imports, and power the capital’s eight million cars and motorbikes.

In an effort to keep money flowing into the energy sector, authorities have allowed companies affiliated to the elite Revolutionary Guards to develop oil fields. “But they lack the technology and the expertise so the result is that the sector is a mess now,” the official said.

“Firms, with no experience were winning the bids but they were not capable of carrying out the work,” concurred the head of an Iranian consulting company. “The result was delayed projects. Now, even Iranian companies are steering clear of the energy sector because of the political situation. It has become very difficult to work with the establishment.”

Isolation
Some lawmakers blame the president for Iran’s isolation. On December 19, Iran’s parliament held a closed session to discuss the impact of sanctions and scolded officials for claiming they were having no effect. Some lawmakers said this approach simply provoked more sanctions.

“Sanctions are having an impact. This is obvious. By denying the impact our officials are provoking the other parties to impose more sanctions on the country. Facts cannot be denied,” said a parliamentarian, who attended the session.

Moderate parties and their supporters have said they will stay away from the ballot boxes in March in protest. The judiciary has banned the main reformist political parties from participating and Ahmadinejad’s opponents Mirhossein Mousavi and Mehdi Karoubi, who denounced the 2009 presidential vote as a charade, are under house arrest.

About a dozen less prominent pro-reform politicians have registered to run in the parliamentary vote but it is far from clear that they will pass the vetting process.

Young, educated Iranians are increasingly looking abroad for their futures. There are currently some 80 000 Iranian university students abroad.

“I always dreamed about returning to Iran after finishing my studies in Greece. But each time I travel to Iran to visit my family, I become more disappointed. Most of my friends here are either jobless or have jobs that they don’t like with a low income. I feel like a stranger in my own country. There is no hope for the future among young people here. Everybody just wants to leave,” said physics student Ali Qiasi (29) who left Iran after the 2009 presidential vote.

“How can I live in a country where nothing is stable? Look at prices, look at the exchange rate. I am happy in Greece.”

Iran’s diving currency has forced the central bank to act, pumping in $200-million in early January. Authorities also tightened monitoring of capital leaving the country. Passengers travelling abroad are forbidden from carrying more than $5 000 in cash.

The business elite too are feeling the squeeze.

“Life has become more expensive in the past months. My husband’s business is not affected. My problem is that we are about to lose our credit cards. Because of the sanctions, our bank in Dubai has informed all its Iran-based clients about the closure of their accounts. What will I do when travelling abroad?” said Simin Marzban (48) whose husband is involved in car manufacturing.

“If this situation continues, I will move to the United States for good. It is like the revolution time.” — Reuters